Essential Hunting Gear for Your Truck: Dog Crates and Shovels

If you’re willing to spend a lot on a cooler—you should be willing to spend even more on a crate that could save your dog’s life. And while you’re at it, invest in a strong shovel to get you out of a bad situation 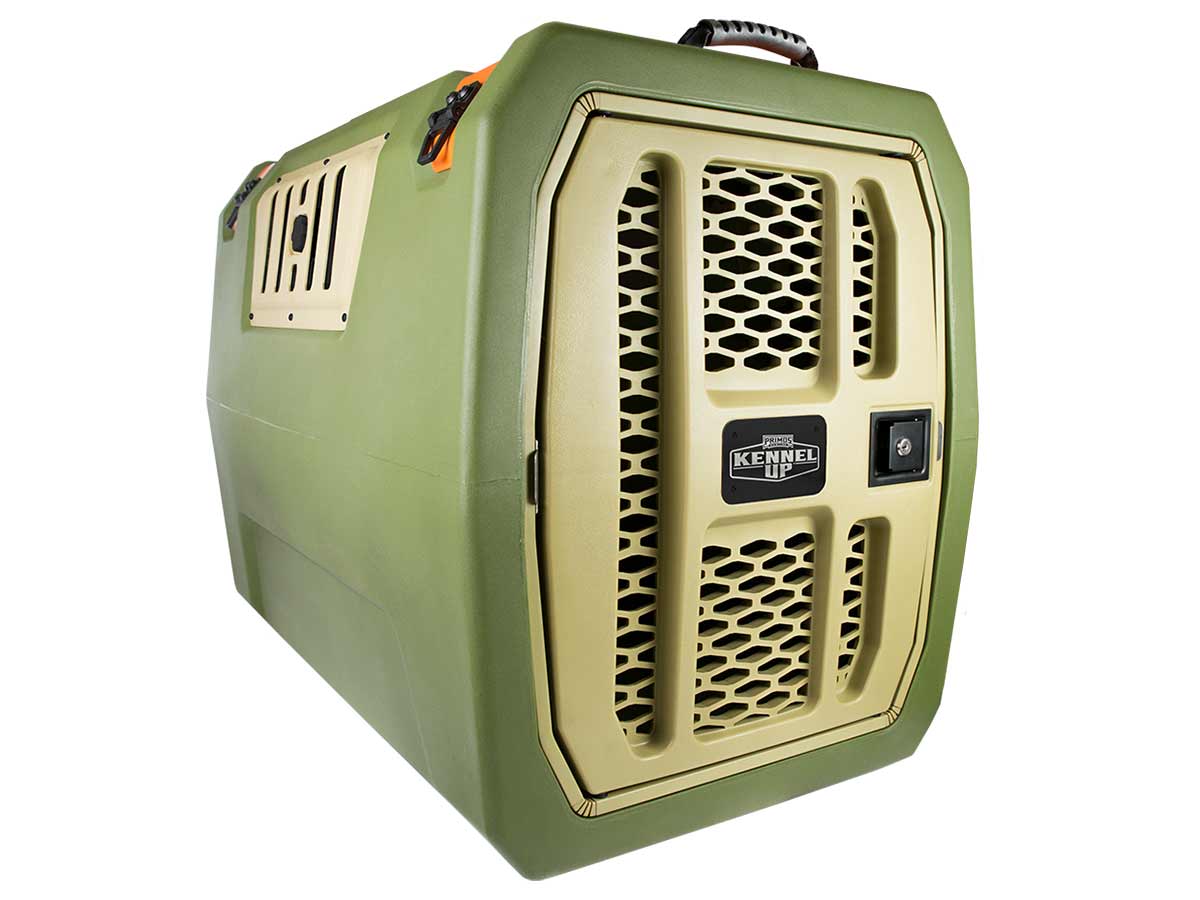 NTSB investigators determined that the fatal crash of a single engine plane in eastern Iowa in 2017 was likely caused by a 70- to 75-pound dog bumping the plane’s controls. The dog walked away from the crash. The pilot did not.

A big dog in a small plane is clearly a bad idea, yet people think nothing of driving with unrestrained dogs in cars, where the dog is both an accident waiting to happen and a potential accident victim. In a crash, a dog becomes a furry missile. Its short flight will not end well, both for it and for whomever happens to be in its way. And, like the labradoodle co-pilot, dogs in cars can cause accidents, too, as a friend of mine learned when his Gordon setter jumped from the passenger seat into his lap, fortunately causing only a minor fender-bender.

Six states now prohibit loose dogs in cars, and the rest should too. Don’t even get me started on dogs in pickup beds. Yes, I know they like to feel the wind in their ears. They would also eat a whole bag of dog food or lick up anti-freeze and die if we let them.

Traveling dogs belong in a crate. It won’t necessarily prevent a dog from being injured in an accident, but it may, and it will help prevent accidents in the first place; it may keep the dog from flying into you; and it may contain the dog after the crash so the crate doesn’t bolt into traffic.

I’ve always used the basic VariKennel, but now that high-end coolers have gotten people accustomed to paying hundreds of dollars for rotomolded plastic boxes, the era of high-dollar plastic dog crates is upon us and I’m tempted. A $600 dog crate makes more sense than a $400 cooler to me, since as much as you love cold beer, it can’t love you back. A dog can. That should be worth at least a couple of hundred bucks right there.

Gunner Kennels are the gold standard in this particular segment. They are sturdy and overbuilt, and claim high crash-test ratings. (Yes, kennel crash tests are a thing.) Gunners weigh about 75 pounds apiece, and cost $600, but they are the real deal—especially if you’re able to strap your box into place and leave it so you don’t have to wrestle it in and out of your vehicle all the time.

The new Primos Kennel Up has a lot of the features of the Gunner but is more portable as it weighs half as much. It still costs $500 but unlike the Gunner, it only comes in one size: huge. High end kennels are good, but any dog box is better than none.

Senior Editor Natalie Krebs came out for a few days of hunting in January, and since it’s important to make a good impression on the boss, I promptly stuck my truck in the mud. We got out with aid of a set of traction mats that my off-roading brother-in-law had sent me for Christmas two weeks prior. (“I’ve had mine for 10 years and never needed them,” he wrote in the card, “but they’re handy to have.” Yes, they are.)

Since then I have added a DMOS Stealth Shovel to the traction mats stowed in the truck. Designed like a collapsible avalanche shovel, the Stealth packs down to almost nothing with its handle nestled in the blade. It’s almost as compact as the NATO e-tool that it replaces in my truck, yet the handle extends up to 57 inches and the blade is wider, too. If you’ve ever shoveled a truck out of the snow with an e-tool, you know that it is a pain, and a shovel with a 57-inch handle is a huge upgrade. At 3 ½ pounds, the Stealth shovel is light but sturdy, with teeth on the blade for chipping ice. It snaps together in a second. I am so excited about it, I almost wish our long, snowy winter wasn’t over.