Everything You Want to Know about Gunsmithing, with Attitude 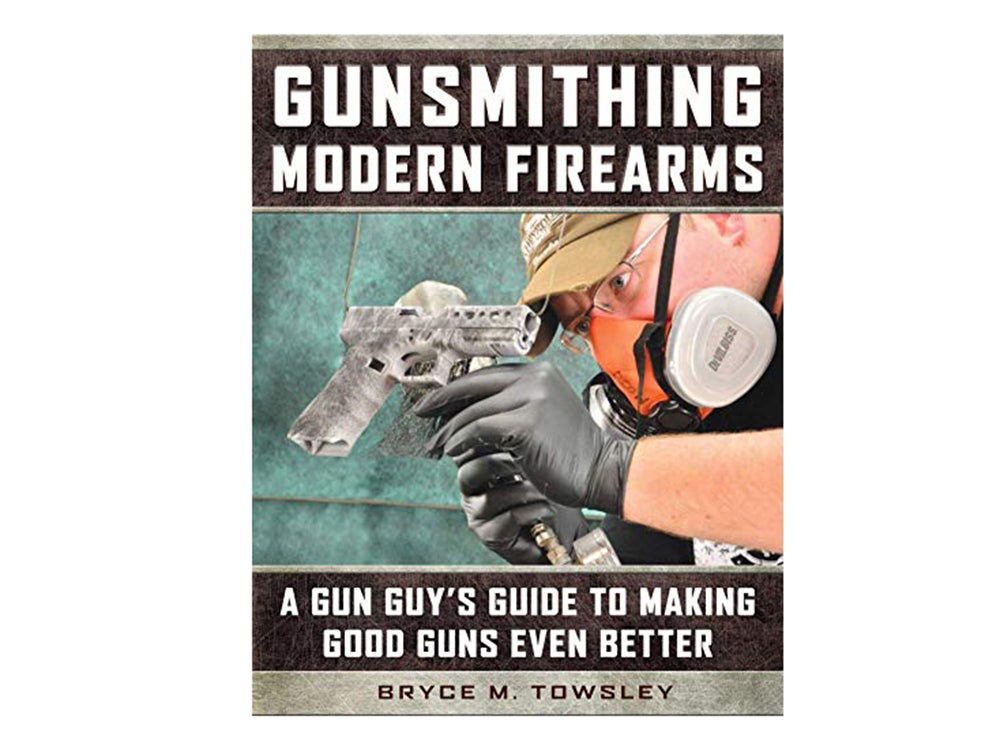 Another book? Well, why not if it’s a good one? Anyway, I’m just a pawn in the game of life.

Let’s start with a discussion about mechanical aptitude. Some people have it and some do not. It’s every bit as real as musical ability, or being good at math, or being clever with words. If you have lots and lots of mechanical aptitude, you can work on guns and not come to sorrow. If you don’t, you learn to leave them alone and let someone who does cobble on them.

Very early on in my career I learned that I was among the ungifted, and even though I could not do the work personally, watching people who gunsmithed for a living gave me a first-class education in how firearms worked, or didn’t, and how they could be made to work better.

Which brings us to Bryce Towsley. Bryce lives in Vermont*, has written about guns since 1982, is a highly advanced gunsmith, and has a world view that makes me look like Mister Rogers. Bryce has a number of unusual qualifications for a book like this: He loathes dull how-to writing**. He is distinctly modern in his methods and what interests him. He spends money with a bitter, grudging reluctance that one learns only in the impoverished wilds of New England. He knows the value of lots of photos, and takes good ones.

His first book on the subject is Gunsmithing Made Easy, which was published in 2010, and is about the top of my pay grade. It’s been hugely popular, and Gunsmithing Modern Firearms can be considered phase two. It’s loaded with very cool projects for rifles, shotguns, and handguns, but they are of such a nature that you should give the work over to a professional unless you have a lot of ability with tools.

The book is divided into two sections: Primary Projects and Advanced Projects, for a total of 17 chapters. I think a moderately-skilled person can find a lot to do in the first section. Certainly, “When a Good Gun Goes Bad” is required reading for all hands. Section two, however, is only for those who read the The American Machinist Handbook for fun.

To me, the standout is the transformation of a Mosin-Nagant infantry rifle into a 21st century tactical rifle. When Bryce gets done, it’s virtually unrecognizable, and along the way you’ll have learned more about the unlovely but indestructible Mosin-Nagant than you ever imagined possible.

The whole book is a hoot. Read it, and you can kiss whatever discretionary income you have good-bye.

The hardcover is available direct from the author at www.brycetowsley.com, and on amazon.com. Also available as an e-book, whatever that means.

* I became intrigued by the meaning of the word “Vermont,” which occurs in diverse languages all over the world. In this case, it seems to be an amalgam of words from four Native American languages and means, roughly: “place where crazed elders are elected to high office rather than just shutting up and giving everyone a break.”

But I may be wrong.

** Towsley begins his introduction with a savage and completely warranted attack on the late Robert M. Pirsig’s Zen and the Art of Motorcycle Maintenance, which was published in 1974 and was forced on me in a Montana elk camp that year. Having nothing else to read but catsup-bottle labels, I tried, and after a half hour threw the book aside and stumbled off into a blizzard yelling loudly for Death to come and take me.

As I said, you have to admire a world view such as Bryce’s.