The Fallout From the Leaked Monuments Report

This week a leaked Department of the Interior memo detailing Secretary Ryan Zinke’s recommendations to President Trump regarding potential modifications... 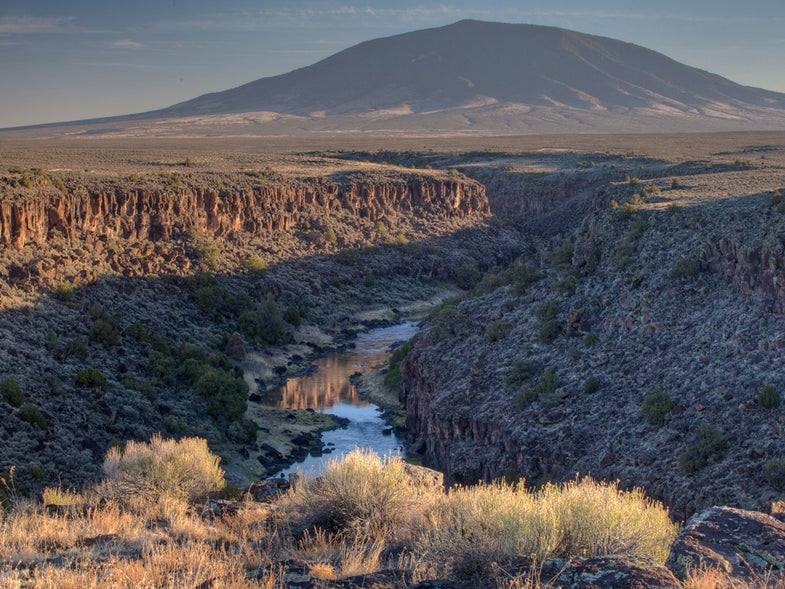 This week a leaked Department of the Interior memo detailing Secretary Ryan Zinke’s recommendations to President Trump regarding potential modifications to the management and size of national monuments sparked an outcry from a number of politicians and sportsmen’s groups, some of which say they’ll take the matter to court. Prior to the leak, some sportsmen’s groups had already begun to question Secretary Zinke’s commitment to act on behalf of the nation’s hunters and fishermen, and the document only casts further doubt on the former Montana representative’s allegiances.

The leaked memo follows a review of 27 national monuments ordered by President Trump earlier this year, a decision that sportsmen widely opposed. Among the national monuments included in the leaked memo that may be resized or have modifications made to their management are Bears Ears and Grand Staircase–Escalante, in Utah; Gold Butte, in Nevada; Cascade-Siskiyou, in Oregon; Organ Mountains-Desert Peaks and Rio Grande del Norte, in New Mexico; and Katahdin Woods and Waters in Maine.

Today, New Mexico Senator Martin Heinrich—one of F&S’s heroes of public land—came out strong against the leaked report in a Senate committee meeting. He said that the report contained factual errors, including that road closures in the Rio Grande Del Norte National Monument, owing to its recent designation, have caused ranchers to stop grazing there. What’s more, he took issue with Zinke’s claim that the Organ Mountains-Desert Peaks causes border-patrol-enforcement problems because the monument abuts Mexico and motorized vehicles can’t be used there. But, as Heinrich noted, the monument doesn’t sit on the border but five miles from it. He noted that his constituents are “incredibly upset” about the slated plans to alter New Mexico’s national monuments, and in an interview with the Albuquerque Journal called the report “rushed and sloppy.”

Likewise, earlier this week, Senator Heinrich and New Mexico Senator Tom Udall released a joint statement in which they condemned Zinke’s monument recommendations. “The Department of Interior’s report to the president completely ignores New Mexicans’ overwhelming support for the monuments, and doesn’t even offer specifics and meaningful data to back up their vague recommendations,” the senators say. “It doesn’t come as a surprise that local voices were not taken into consideration, since Secretary Zinke declined to attend a town hall meeting on Organ Mountains-Desert Peaks and never even set foot in Rio Grande del Norte. It’s clear this report is a politically driven attempt by Washington to justify the administration’s extreme position that public lands should be privatized, leased or sold to the highest bidder.”

Among sportsmen’s groups, Backcountry Hunters and Anglers has been among the most vocal opponents of the Trump Administration’s monument review, and the group’s president and CEO and president, Land Tawney, was quick to respond to the leaked document. “If these recommendations reflect the Interior Department’s suggested course of action for Congress and President Trump, our public lands, waters, wildlife, and outdoor traditions could be at risk,” said Tawney in a statement. He then pointed out how Secretary Zinke has repeatedly referred to himself as a “Teddy Roosevelt guy,” a nod to our greatest sporting president and fierce defender of public land. “We ask Secretary Zinke now: ‘What would Theodore Roosevelt do?’” Tawney said, and urged Zinke “to revise what initial reports indicate he intends to impose on the management of some of our greatest public lands and waters and most important fish and wildlife habitat.” An attack on one national monument is an attack on them all, Tawney added.

Similarily, Kristen Brengel, vice president of government affairs for the National Parks Conservation Association, told the Post, “No other administration has gone this far.” The Antiquities Act, she said, “was intended to protect places from development, not promote damaging natural and cultural resources.”

For its part, the Wilderness Society said it plans to file legal action to prevent the Trump Administration’s efforts “to gut protections for some of our nation’s most treasured national monuments.” The organization stated that it believes the administration has no legal authority to shrink or reduce national monuments. “Millions of Americans have voiced their opposition to this scheme to sell out our beloved lands and waters to drilling, mining, and logging interests,” Wilderness Society President Jamie Williams said in a blog post.

Outside has published a list of the purported inaccuracies in the leaked report, such as Zinke’s claim that Trump can lawfully shrink national monuments, that sportsmen oppose monument designations, that the public comments on the monument review were split, and that the monuments were created without public input.

This summer, Field & Stream covered the controversial, and complicated, nature of some of the monument designations. “There’s no easy answer to the debates surrounding national monuments,” wrote associate editor JR Sullivan, after having reported from the Rio Grande del Norte National Monument. “It’s a hugely complicated and politicized issue, and it’s a shame that our public lands are entangled in the controversy. Though the majority of national monuments have remained open for hunting and fishing, it’s true that a number have been turned into national parks and closed off—and that’s a very real concern. But, with the ongoing assault on our federal public lands, and the expanded drilling and mining that’s likely to come, this is a time when sportsmen need to defend the property we all share.”

According to the Post, the White House is reviewing the recommendations but hasn’t drawn final conclusions.