A Farewell to the SHOT Show

After nearly 40 years of attending, the author says so long to the country’s biggest gun show 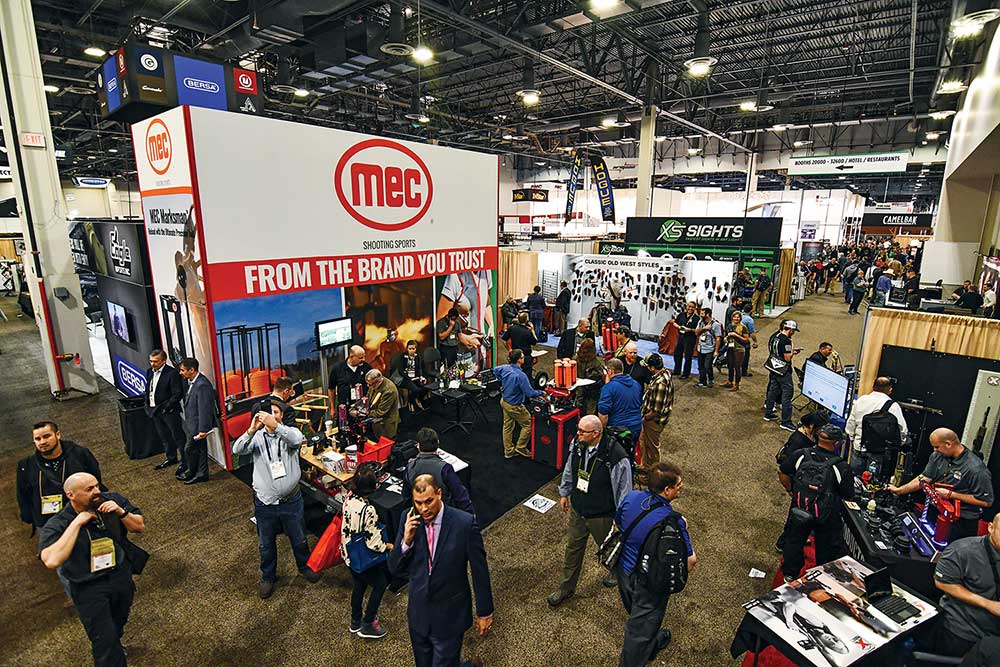 Day One of the 2018 SHOT Show. SHOT Daily
SHARE

“It’s time to piss on the fire and call in the dogs, ’cause the hunt’s over.”—Arthur Schopenhauer, mopey German philosopher of the 19th century

I did not go to the SHOT Show this year. I decided after the 2018 show that enough was enough; I was way too old and far too deaf to do it any more. When your hearing aids pick up only the roar of the mob and the thunder of farts, and you look around and you are the oldest person there by 30 years, that’s a sign and an augury.

Melvin Forbes no longer exhibits at SHOT. His wife Patty makes wonderful chocolate chip cookies, and in the past when I would stop by the New Ultra Light Arms booth for a dose of sanity, I’d get a bag of cookies to go with it. R. Lee Ermy is now looking on Heaven’s scenes with his fellow departed Marines. Gunny Ermy used to give out autographs at the Glock exhibit, and he drew 10 times the number of people as the most wonderful of booth babes. I’ve often wondered about that.

I wasn’t going to write about SHOT, and my retirement from it, but I just chanced on a blog where I was savagely attacked for my coverage of the 2016 show. The attack raised some interesting points, so write I shall. First, my credentials: I have gone to every SHOT Show, with the exception of ’80 and ’81, since it started in 1979. I missed those two years because of a temporary career change.

The charge leveled against me was that, like all old men, I detest change and reject the present in favor of the past. This, the post claimed, shaped my attitude toward SHOT. I plead partly guilty. All old men yearn for the past because they were young men then. The best we can do is try to remember accurately what it was like. If you had to visit a dentist in the 50s, you’d wish it was 2019. However, if you have to fly in 2019, you’ll wish—very hard—for the early 1960s.

Before SHOT, the shooting industry went on display at the National Sporting Goods Association convention which was held in Chicago in January. In addition to the pleasures that experience afforded, the gun stuff was crowded into a single hall in McCormick Place, and was surrounded by other halls filled with golf balls and squash rackets and jockstraps. The arrangement was highly inefficient.

So the NSSF came up with the idea of a show devoted solely to guns and shooting, and held the first one in St Louis in 1979. You could see the whole thing in a half-hour. But it was obviously a good idea, and over the years SHOT grew while it searched for a permanent city.

NSSF tried, that I can recall, Orlando, New Orleans, Atlanta, Dallas, Huston, and Las Vegas. Las Vegas prevailed because it’s designed to separate large numbers of Hoopleheads* from their money, and to manage massive crowds of convention goers, and it excels at both.

Even though SHOT grew larger every year, it remained decidedly civilian. When the first demilitarized AK-47s came to the show, they were relegated to the lower level, and there was a great stench and uproar that they were there at all. But the AKs prevailed, and the military/police presence grew larger every year. Money is money, whether it carries a badge or not.

This is fine. Cops and soldiers need guns, too. But where I once had to wander among the golf balls and squash rackets and jockstraps to find something relevant, I later had to traverse miles of riot batons and tear gas projectors and body armor. This is not progress.

At Range Day, the racket created by full auto is not helpful. I enjoy full auto, provided someone provides the ammo, but it’s of no use to me professionally. It takes up shooting-bench space and adds greatly to the din. A $600,000 assault van is fun to walk around, but if I bought one, could I afford the diesel? Watching an exhibit of tactical dogs biting people is interesting, but in Maine, if you own a civilian pit bull or Rottweiler, you can’t get homeowner’s insurance.

I think it’s time for SHOT to bifurcate. We need a tactical show and a sporting show. I have two favorite moments from my years at SHOT. The first was when I introduced G. Sitton to a young woman who was at her first show. Mr. Sitton, I said, is researching a doctoral thesis on the role of psychotic behavior in gun writing.

The other was when John Wootters and I went to dinner at the first SHOT, and were discussing the fact that armadillos are the only species besides humans that contract leprosy. A man at an adjacent table overheard us and became so agitated that his friends had to restrain him. I have no idea what got him so worked up, or what he intended to do.

Did I always have a bad time at SHOT? No. I enjoyed a lot of it.

But it was time to stop. Despite my absence from SHOT this year, the sun still rises in the East, and state-sized hunks of ice continue to fall off Antarctica. I wish the show, and those who attend it, all the best.

* Hoopleheads is a term much loved by Al Swearengen in the HBO show Deadwood. Swearengen, who runs a saloon/whorehouse, refers to his customers as Hoopleheads. It means suckers, marks, rubes. In one scene, Swearengen gazes fondly at his clientele and says, “It’s a shame you can’t just rob them and kill them.”