The Answer to a Father’s Prayer 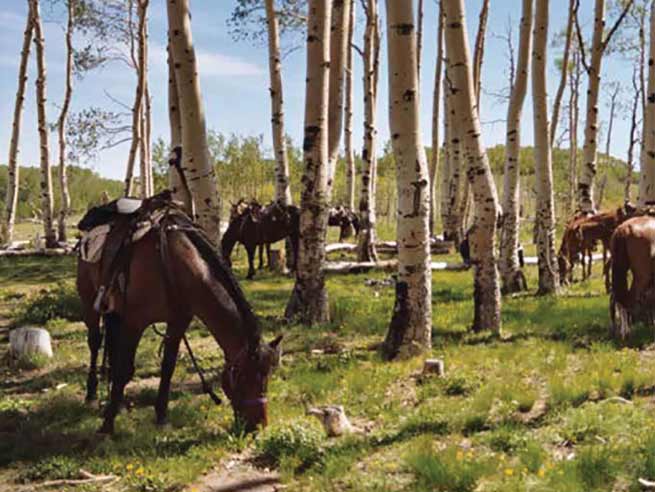 I’m just back from a five-day horseback/camping trip with Hondoo Rivers & Trails out of Torrey, Utah. After being out in some of the most gorgeous country I’ve ever seen, and five days in the saddle with my daughter along, I’m both happy and sore. Emma has been working as a wrangler-in-training at Hondoo since July. It’s the best first job imaginable for her. She’s outdoors, working with horses (her favorite animal), and getting out of the bubble and on her own for the first and longest time ever. It’s a great intro to the real world.

I called Pat Kearney, co-owner of Hondoo, a couple of months ago to see how Em was doing. “Well, she needs to get her driver’s license,” Pat told me right off the bat. “She can’t even move a vehicle across the yard legally right now. And she needs to learn what needs to be done and do it without bothering anybody. The first day here, she asked if she could go to the bathroom. And I said, ‘Yes, and don’t ever ask me that again. I got a business to run here.’ But she’s trying.” Pat’s like that. Most people who run ranches and farms are. Most of the better bosses in life are, too.

Prior to my trip out there, I knew that my daughter had been getting up earlier and working harder than ever before. I also knew she was loving it. She’ll never be one of those kids who was driving a tractor at age 7, and who knows what the boss needs done and is doing it long before the boss even asks. But she is an altogether different young woman than she was four months ago. This job is the answer to a father’s prayer.

This doesn’t mean that she has stopped being an 18-year-old, of course. She still loves to take dorky pictures of me and post them on Facebook. She quickly reverts to her 12-year-old self when she’s talking to her dad. Both of these are probably normal in a father-daughter relationship. But she’s learning how to deal with customers respectfully and cheerfully, and that the answer to anything Pat asks her to do is a curt, “Yes,” and then to get to it.

And it’s definitely changed her attitude towards guns. “Out here, everybody has a rifle in their car,” she told me over the phone a while back. “I was getting in my friend Cody’s truck to go check on some cows. He saw me looking at the gun case on the floor of the back seat and offered to put it in the house if I wanted. But I said, ‘No, it’s okay.’ And it was. A rancher needs a rifle to protect livestock from coyotes and such. We went shooting together with an adult watching over us. I even shot an AR! It was fun. You probably shouldn’t tell mom that.”