If your dad is big into bowhunting, he’ll appreciate these gear items

As a dad, I’m not really sure I deserve a day of my own. But I won’t say no to one. Nor will I turn my nose up at gifts on my day…unless they suck. Then I’ll still accept them but wish they’d had a little better list at their disposal before they went shopping. A list like this one. As a diehard bowhunter, I’d be plenty happy to receive these 13 gifts on Father’s Day. —TH

Every bowhunter should have a good roll of D-loop cord. 60X Custom Strings

Okay, so this isn’t one of those gifts that will make Dad weep with joy. But I guarantee he’ll use it. Often. A roll of good D-loop material is a vital part of any serious bowhunter’s arsenal. I like BCY #24. You can get it in just about any color you want and a 5-foot roll will cost about $5 and last a long, long time. —TH

If your dad has trouble trusting mechanical broadheads but wants the benefits of a super-big cutting diameter, get him a pack of these wicked beasts. Boasting a 2 5/8-inch total cutting surface, these heads combine the proven fixed-blade design of a Muzzy broadhead with an over-the-top mechanical. A 3-pack sells for about $32. —TH

Who doesn’t love a new release? This guy. I have used the same release for about 10 years. It’s comfortable. It’s reliable. And I am accustomed to it. But…it’s 10 years old and time for a replacement. At $40, the Quick Shot is one of the most affordable releases available that offers exactly what I want. For starters, it’s a single-jaw design but, unlike single caliper models, it’s not an open hook. This gives me a lot more confidence that, in an adrenaline-fueled hunting situation, I’ll be able to attach the release quickly and easily to the bowstring. I also like the simple, effective design. It’s adjustable and can be quickly tucked out of the way. —TH

Keep your dad safe this season with a safety system. Hunter Safety System

If your dad doesn’t wear a safety harness, he needs to get with the program. And you can help by taking away the most common excuse for not wearing one: comfort. The Elite vest is comfortable. It doesn’t feel like a safety vest. There. Excuse eliminated, for about $95. —TH 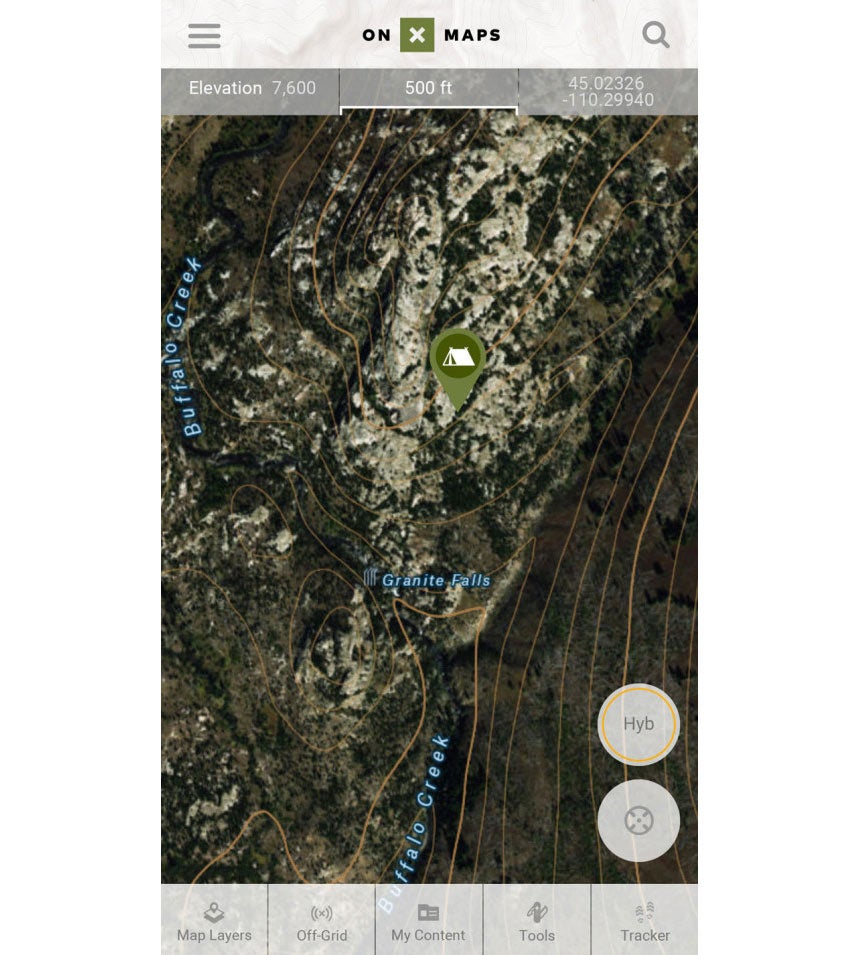 If your dad is like mine, he’s still figuring out exactly how to use his smart phone. He doesn’t care about apps like Instagram or SnapChat, but his ears perked up when I told him there’s an app that shows public and private land boundaries, can be used in areas that don’t have cell phone service, and has a tracking feature which records your route. There are a whole lot more OnX features, like the Boone & Crockett Layer and the NWTF Layer, but you can dig into those details with your dad later. First download the app for him and show him how to mark and save waypoints, and you’re off to the races. It’s $100 for a year subscription for all 50 states, or $30 for a year subscription for one state. There’s also a chip available for GPS units. —AR

First Lite is best known for making high-quality merino wool base layers and mid layers, but they make some outstanding outerwear as well. This year they’ve introduced the Phantom suit, which is a light pullover with a leafy, 3D layering. You can top it off with the Balaclava to hide the whole upper half of your body. I wore this suit during the spring turkey season, and liked how versatile it was. In cold weather you can pull it over a heavy jacket; when it’s hot, you can throw it over a light shirt and not get over heated. I’m not a huge believer that camo patterns make a difference on most hunts, but a 3D pattern really does break up the human outline (there’s a reason those Marine snipers wear ghillie suits) and might give your dad that extra edge to get into bow range. It’s available in Fusion and Cipher camo patterns. $90 for the pullover; $30 for the Balaclava —AR

I’m not the kind of guy who thinks his bow is an extension of his fashion sense. Truth be told, I’ve never been accused of having much sense, let alone that of the fashion variety. But I do like stuff that works. And if it happens to look good, so be it. The Flatline from Mathews works and looks good—especially when wrapped in one of the designer camo patterns like Elevated 2 or Under Armour’s Ridge Reaper. Yes, there are some standard sticks-and-leaves patterns available as well, if you must continue living in the ’90s. My favorite is the 6-inch version, which sells for about $120. —TH

Try a fitted yet flexible jacket for the stand. Browning

I am a big fan of this jacket. It’s not a heavyweight, cold-weather jacket, which means it’s ideal for the bulk of October and early November bowhunting. The jacket features a true athletic fit to keep your sleeves out of the way of your bowstring, but it still has plenty of built-in stretch so it’s very comfortable to wear. The ATACS camo looks great and the jacket sheds weather and wind. It sells for about $120. —TH

Here’s another product I got to field test during turkey season. The Alphaburly Pro is a beast of a rubber boot made for the coldest, wettest conditions. Which is good, because on the opening day of my Minnesota turkey season, the temperature was hovering around 20 degrees and we had six inches of snow on the ground. It was miserable, but my feet stayed warm. For how heavy and warm the boots are, they’re surprisingly comfortable. They use 3.5mm neoprene and 1600 grams of Thinsulate, and they’re rated for -70 degrees. If it gets any colder than that, your dad hopefully won’t be out bowhunting anyway. They’re available in a bunch of different patters and start at $160; LaCross Footwear —AR

Every dad has that one special spot. That sacred tree. The killing tree. Such a spot deserves a really good hang on treestand. The Air Raid is one of the more expensive models (about $200) available. It’s also one of the very best. With a terrific seat, cast-aluminum platform, and rock-solid mounting, this is a Cadillac treestand that Dad will love to hunt from come fall.—TH

Protect your dad’s hunting rig with a bombproof case. SKB

No one wants to tote his beloved bow around in a cheap, raggedy bow case. Give Dad an upgrade with a case that can survive just about anything he’ll ever put his bow through. The injection-molded model from SKB is crazy stout. At nearly $250, it’s definitely an investment. But it’s one that will long outlive any of Dad’s one-that-got-away tales. Well, most of them anyway. —TH

I’ve used cellular-equipped trail cameras for several seasons and have an unbridled love affair with them. Call it a camera crush if you will. A photographic passion. A text-messaging tryst. So I’m excited about Cuddeback’s new Cuddelink system paired with the CELL-CAP, which has the potential to again change the trail camera game. Instead of requiring multiple cell-equipped cameras to cover an entire property, the Cuddelink system uses a series of non-cell units (read: less pricey units) that relay images to a single camera equipped with a CELL-CAP, which can then transmit photos from all the cameras in the unit. The cameras cost about $200 and the CELL-CAP will sell for about $300. —TH

Don’t let a bad shoulder keep your pops out of the woods. Mission

Here’s a fact: Dad is not getting any younger. And sometimes that’s pretty hard for him to admit. Pulling a bow can get to be more of a pain (literally) than it once was—and that pain can keep him out of the woods. Go all in this Father’s Day and set him up with a crossbow that’s crazy accurate, easy to cock, and a ton of fun to shoot. The Sub-1 crossbow has earned rave reviews for its top-end performance, and the $1,600 kit includes everything he needs to get started. —T.H.