Four thousand federally protected sockeye salmon are on the move by truck. Idaho Department of Fish and Game is transferring... 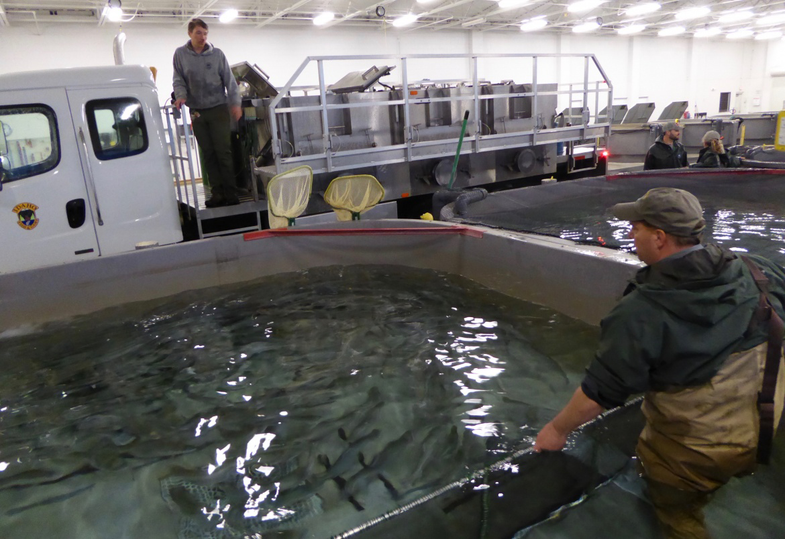 Four thousand federally protected sockeye salmon are on the move by truck.

Idaho Department of Fish and Game is transferring the endangered fish from Eagle Hatchery near Boise to Springfield Hatchery four hours away due to flooding.

The Boise River is rising and sandbagging may not be enough to keep the hatchery above water.

“There’s an old irrigation ditch that’s really what the river channels up against,” says Dan Baker, Idaho Department of Fish and Game Eagle Hatchery Manager. “If something fails on that irrigation ditch then that water is going to start cutting and going out into the agricultural land above us and work its way down toward the hatchery.”

Obviously, too much water isn’t the biggest concern for salmon. It’s what that water does to the electrical system powering the hatchery. That’s what keeps tank water oxygenated and circulating for the rare fish.

“(The hatchery) is obviously very critical as part of the long-term plan to recover those fish,” Russ Kiefer, Idaho Department of Fish and Game fisheries biologist tells AP.

Sockeye are in the hatchery as part of a salmon recovery effort. They swim 900 miles from ocean to Idaho to spawn. Returning numbers of wild fish are low so the hatchery raises broodstock in hopes of one day having a wild fishery that will sustain itself.