If you move often enough, you learn to look for ways to make yourself feel grounded 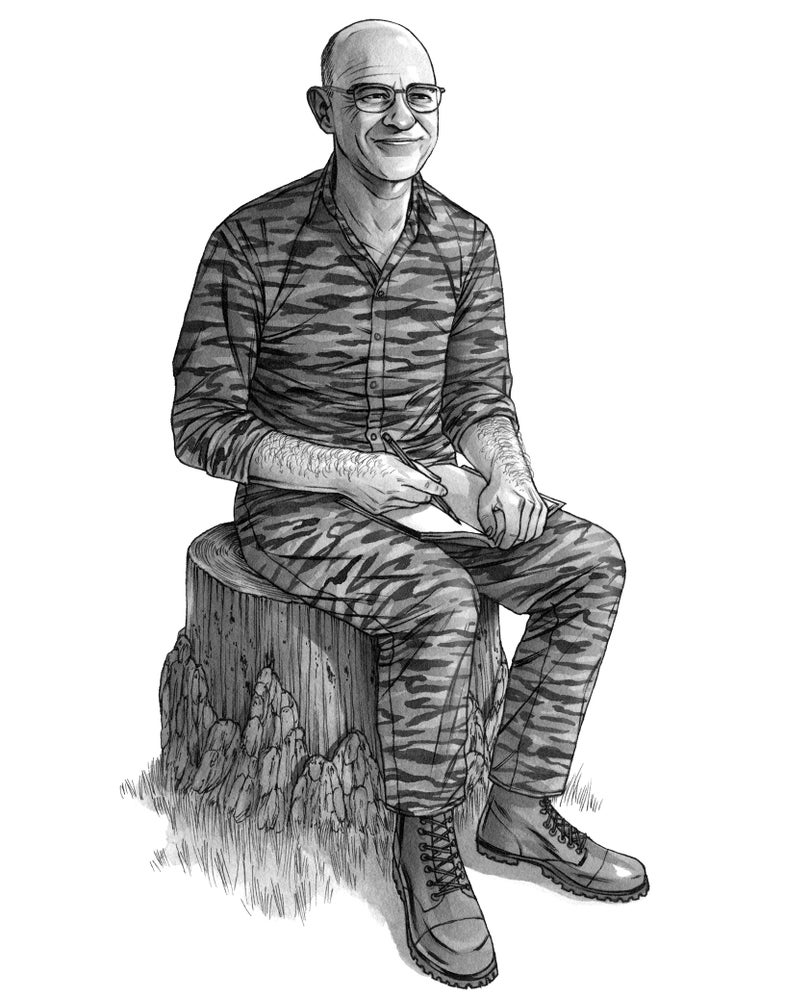 And the Whiner of the Year award goes to.... Michael Hoeweler
SHARE

I’ve rented a house in the D.C. area to be closer to my blue-haired (this month) daughter as she enters her final year of high school. After graduation, Emma’s mother intends for them to move to Denver. After that, I don’t know how often I’ll see my only child. The average man, uprooted and placed in strange homes enough times, could reasonably be expected to develop some coping skills. I am not average. After a day of unpacking in the basement, a cardboard box and I were about neck and neck as far as breaking strength.

Six hours in, I made the rookie mistake of assessing my progress, at which point the mathematical impossibility that there were more unopened boxes than when I’d started seemed more than possible. Then I lost a full hour playing Is This Impossible or Are You Just Stupid? This particular version involved solid geometry, which I’d last studied in ninth grade. I’d arrived with a queen-size bed and six (don’t ask) bed rails. This, I felt sure, was enough hardware for anyone who could zip his fly up to construct the appropriate frame. Finally, wondering whether this was how a stunned steer felt just before lights-out at the slaughterhouse, I carried the six rails to the curb for recycling. Next, I came across four unopened boxes labeled Framed Family Photos that I’ve been carting around since 2013, three moves ago. It’s unlikely I’ll open them here. But you can’t ditch family. If I did, the phone would ring. It would be my mother, and she’d ask, “Why did you just do that?”

RELATED: How to Create Order in a Basement Full of Gear

Lunch would have been a good idea. I say this because low blood sugar undoubtedly contributed to my undoing at the hands of the Lowe’s slogan, NEVER STOP IMPROVING, appearing in block letters on four sides of every box. Over time, those words—so bland and encouraging—can turn on you. At first, you figure they must refer to home improvement. As in GO BUY MORE STUFF AT LOWE’S. But what if they were swinging wider, to socioeconomic, even spiritual matters? The slogan’s mask was slipping. Underneath was a hamster wheel of improvement, something you chase mindlessly, endlessly, without questioning the what or why. Or maybe they were cheering me on the same way you do with someone you know won’t ever roll his rock up the hill. You urge him on because it’s kinder than telling him the truth.

“Dude, you need to go for a walk,” I heard a voice say. It was my voice. I grabbed a pack and three water bottles and headed out the door. It was still blistering hot at 7 p.m. but starting to cool. I took the only sidewalk and went north. My mind went to the question that has often sustained me in tough times: How far and where are the nearest deer? I was in a conquered, suburbanized country of little houses on little lots. But if there’s a way, nature generally—and deer in particular—will find it. I’d left my phone behind. I’d been getting around for too long using that hopeless little screen. It was making me more stupid and less curious by the minute. Waiting to cross at a light, I thought of the Marshall Islands wave pilots, who navi­gated thousands of miles of open ocean without instruments. A skilled sailor, a ­ri-meto, could read minute variations in the waves and chop and make out echoes of waves that had broken on beaches over the horizon. From this—from water as seemingly random as that sloshing around in a bucket—he could set a course for home. It was a staggering, almost telepathically deep connection to natural forces. And it was real. You can bet those guys didn’t need Google Maps to find Trader Joe’s.

The sidewalk stopped after a quarter mile. The road got curvy. In the little wild places, the shoulder had been swallowed by multiflora rose. The shrubs would have overgrown the pavement itself but for the constant pruning by cars. I walked facing traffic. Anybody who was going to hit me would at least have to look me in the eye first.

At every opportunity, I looked for sign. Between my wearing shorts and all the shiny, happy poison ivy right next to me, I confined my scouting to the road. I saw some little trails, but they weren’t made by deer. I pondered deer knowledge and how, like most things in the natural world, it’s not easily transmitted. Often you don’t find definitive sign. But spend enough time chasing deer and you know what’s a trail and what isn’t.

The light was starting to go. I passed a longer stretch of undeveloped land, maybe 70 yards. I came upon a deer-size tunnel in the brush and a trail that was so lightly used as to look abandoned. Maybe they’d developed the deer clean out of here. I squatted to study the dirt. The sideways illumination from headlights was perfect tracking light. After a couple of minutes, I found a single small, fresh print. Bingo. Deer. Maybe not a lot of them, but they were here. Something eased in me at that moment. I couldn’t put a name to it. The print was a handhold, something I could use until I got my legs in this new place. “You’re gonna be O.K.,” I heard myself murmur. I saw how stupid I’d been to walk these roads. I’d find a safer way back, no matter how much longer it took. I had things to do. I hadn’t even found my box of hunting clothes yet.