The Finisher: A Better Way to Dispatch Waterfowl and Upland Birds

The Finisher might not be an advancement in waterfowl gear that’s as important as Texas rig decoys, breathable waders or... 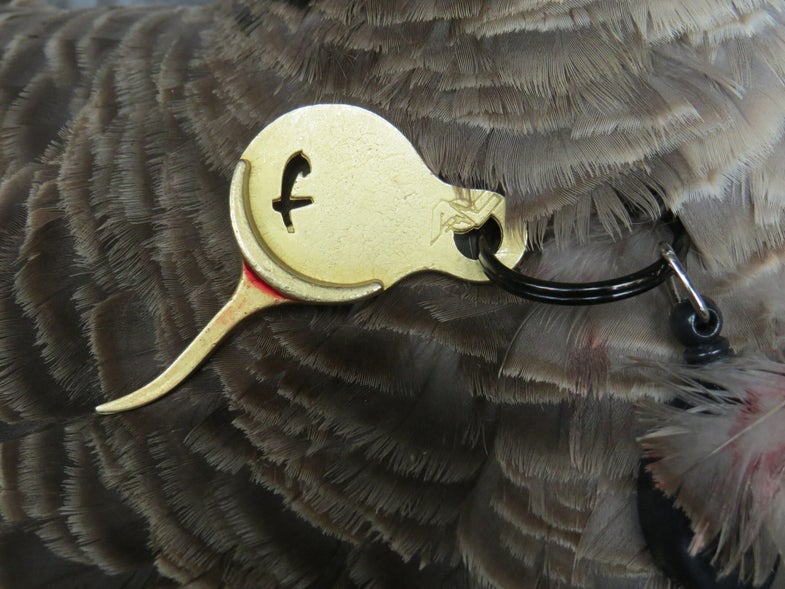 The Finisher might not be an advancement in waterfowl gear that’s as important as Texas rig decoys, breathable waders or layout blinds, but it ranks somewhere close. It’s a simple, inexpensive product that makes my hunting life better, and I’m glad I found it.

I wish every bird I shot was killed in the air or cleanly missed, but some of them come down still alive, and killing cripples is an unpleasant necessity of wingshooting. I hate wringing necks and have since I first started hunting. One day I shot a rooster that was barely alive when we retrieved it and was dying on its own when one of the men I was hunting with took it from me, whirled it around several times, and handed it back to me in two pieces: head and body. Gee, thanks.

Because I hate neck wringing, I’m not good at it, and my “dead” birds occasionally come back to life and start walking away. Last year I caught one of those wandering cripples and eventually killed it by banging it on the head with a Mojo pole. That was no fun for me or the duck, although it was worse for the duck than it was for me.

With smaller birds, I kill them by putting my hand over the back and squeezing with a finger and thumb until I can feel the heart, then I hold it for a few seconds until they die. It takes a little longer than neck wringing, but it’s a much more dignified way to dispatch a bird and it leaves a good-looking corpse with the head attached and the neck un-kinked. It works very well with doves and quail, sort of well with pheasants, and hardly at all with ducks. It’s not even possible with geese. I am not going to bite heads nor stomp them. There has to be a better way to kill crippled waterfowl.

Which brings us to the Adrenal-Line Finisher. (adrenal-line.com). You hold the bird by the bill, then feel for a notch between the skull and the top of the neck verterbrae. You stick the Finisher in – it goes in easily – turn it like a key to cut the spinal cord, and the bird dies instantly (here’s a video that shows how it works). I had a chance to use a Finisher several times in Canada last week on ducks and geese* and it was easy to use. It was quick, clean and humane. I have heard you can do the same thing with the quill of a wing feather, but I am told by those who have tried it that the feather breaks and it’s not as easy as using the Finisher, which has earned a permanent place on my lanyard.

*We shot cranes, too, and since they fight back, you can’t safely use a Finisher on them. The guides, who aren’t allowed to carry guns in Canada, kill crippled cranes with a kick to the head.