Back in the early 1990s, Dodge Trucks faced a crisis. It commanded only about 6 percent of the market and... 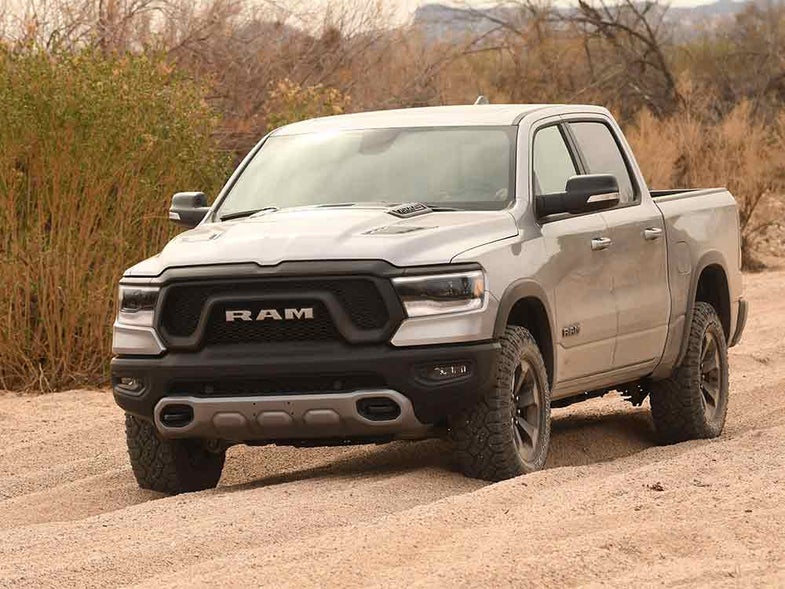 Back in the early 1990s, Dodge Trucks faced a crisis. It commanded only about 6 percent of the market and had suffered from a lack of investment and vision for years. Its products not only looked tired, they were tired. As an on-going enterprise, it was on the edge of extinction. But then someone decided to roll the dice and give it one last shot. The result was the 1994 Ram, the model that grafted the so-called “Big Rig” look to the chassis. When I first saw that truck, I marveled at the size of the stones of the team that made that go-for-broke decision. But as one engineer explained it to me then: “We had nothing to lose. Why not?” Why not, indeed. Doing so reinvigorated the brand, boosting sales to the point where the manufacturer could continually re-invest in the platform. In 2009, the company shed the Dodge moniker and simply re-branded the truck Ram. That decision, says Ram 1500 chief engineer Mike Raymond, allowed the entire team to focus on trucks exclusively. Twenty-five years after that original introduction, Ram is still going strong. Last week I got a quick look at the 2019 models, which will go on sale later this month. Like all new trucks these days, you will see a focus on improved rideability and interior comfort, as well as on such high-tech items as a 12-inch configurable touchscreen with tailor-made graphics (that vary according to model). But the Ram team also focused on storage, towing, and offroad performance, key features for hunters and fishermen. The blind spot sensor in the rear of the truck can now tell the difference between your trailer and another vehicle, and the 360-degree-surround camera and air suspension can help you hook up to the trailer without leaving the comfort of the cab. In addition, there is a new LED Adaptive Front-lighting System (AFS), which includes twin-bifunctional projector headlamps, fog lamps, and tail lamps. The big deal here is that those projector headlamps can pivot to project light into dark spots as you turn the vehicle. Maximum payload has increased to 2,300 pounds and maximum trailer tow capacity is now 12,700 pounds. For those of you that live with cold weather, Ram has added an optional heat exchanger system that includes an industry-first thermal axle to quickly warm up rear axle gear oil to improve operating efficiency. Ram engineers also put the truck on a diet, reducing its overall weight through the use of high-strength steel. It’s also more aerodynamic than the model it replaces, helping to improve fuel economy. Even the aluminum tailgate has been redesigned. A nitrogen- and oil-charged strut makes manual operation a breeze, but Ram has added the ability to operate the tailgate remotely by means of an interior switch or through the key fob.

Raymond refers to the various chassis components as his “offensive linemen.” They not only improve performance but bolster safety as well. He noted the new frame rail tips are designed, in the event of a collision, to keep the tire and wheel assemblies out of the cab. The reconfigured suspension helps increase load capacity, and the bigger brake calipers and rotors improve stopping distance–a welcome development for anyone who tows heavy trailers. “The redesigned body mounts also reduce shake and help keep the ass end of truck under control,” he said.

There are simply too many trim levels (six) and optional packages to discuss here, so I will focus on the truck I drove—the four-wheel-drive Rebel. Here Ram engineers have done something to really help outdoorsmen who spend time offroad.

“The Rebel offers two four-wheel-drive options,” says Ram powertrain engineer Mike Gapski. “The standard part-time system is a basic unit that everyone is familiar with. It’s very simple and offers two-wheel-drive as well as both high- and low-four-wheel drive modes.”

“The new optional auto Active On-Demand four-wheel-drive system is a total redesign of the unit that was found in the previous truck. The internal architecture is completely different and uses much more robust components. You will find that when operating in the four-wheel-auto mode the system will continuously vary the torque to provide the needed traction, handling, and stability.”

He also notes that the redesigned system provides much faster response, which in turn delivers better control when driving offroad. I noticed the difference when negotiating a sand-and-gravel-filled dry wash in the Arizona desert.

But the big news is the redesigned rear end, where you will find an electronic locking rear differential.

“This is not a limited slip, but an actual dog-clutch locker,” Gapski says. “It’s available in all driving modes, even two-wheel. In four-high, the system automatically disengages at higher speeds to allow the rear wheels to track properly in turns, but in four-low it remains locked to provide control and stability. Even though the locking axle is controlled electronically, I want to emphasize it is a physical lock.”

The powertrain on the Rebel I drove was the classic 5.7-liter HEMI V8 mated to an eight-speed automatic transmission. I am told new eTorque “mild hybrid” 3.6-liter V6 and 5.7-liter HEMI V8 engines as well as a diesel option are on the way, but Ram wasn’t prepared to tell me when. Stay tuned.