If you want to catch a monster spiny lobster, now is the time to head to Bermuda, as one angler... 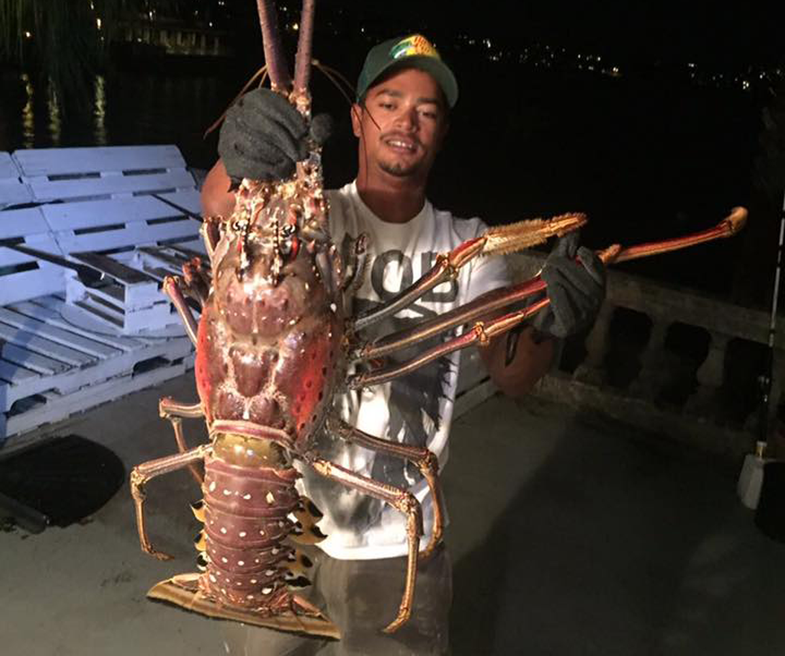 If you want to catch a monster spiny lobster, now is the time to head to Bermuda, as one angler proved this week.

According to WVEC, a local charter-boat company named Sanctuary Marine Bermuda went night fishing for snapper the day after Hurricane Nicole rolled through. But what snagged their line instead was a 14-pound lobster.

“By the time I had put on my mask and found the flashlight, the line had moved to another mooring,” said crew member Tristan Loescher. “I hopped in as quick as possible, swam my way out expecting to see a fish, and saw this huge beast on the ground hooked in his toe. He put up a heck of a fight.”

A GoPro video posted to the charter company’s Facebook page shows the spiny lobster being retreived. Once on land, the lobster was photographed and weighed, then quickly released.

Loescher started diving for lobsters more than 15 years ago, but he’s never seen a 14-pounder, he says. (Tournament-winning lobsters in the area weigh in at about 8 pounds.)

Fellow fisherman Matthew Jones says snagging lobsters with a hook and line is rare, but doing so is possible during hurricane season. “Lobsters will come in [closer to] shore before a hurricane,” he said. “That’s a known behavior of theirs.”