On His Very First Fish, 7-Year-Old Angler Catches One of the Biggest Catfish Ever in Tennessee 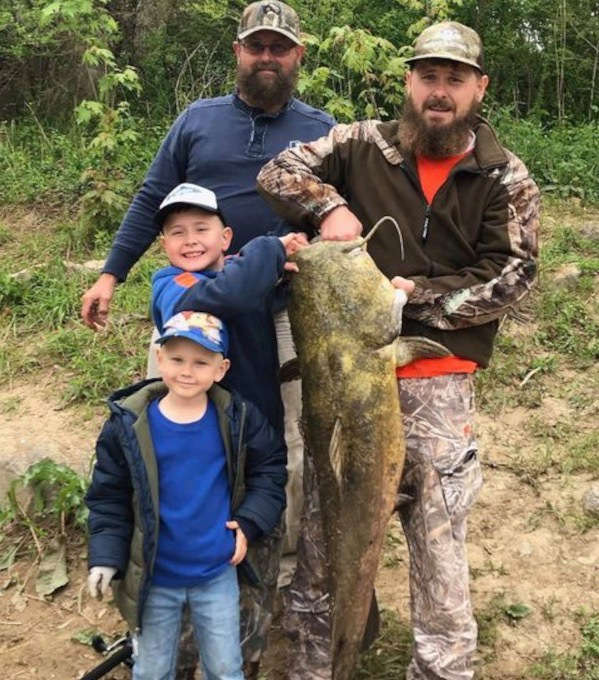 Autry Hogan, 7, an angler from Cumberland City, TN, had saved up his allowance to buy a new fishing rod for a upcoming fishing trip. Autry planned to fish with his father Joshua, his grandfather Gary, and his younger brother, Kye. The Hogan’s headed to the river, and young Autry was soon hooked up on his first fish on the new rod he’d bought himself. The fish was enormous.

Autry’s father, Joshua Hogan, told Clarkesville Now that “when he was reeling it in I could tell it was big, but not that big.” By big he means 83 pounds big—a fish nearly the size of the young man. It was a flathead catfish that measured 47 inches. After a few photo,s the fish was revived and released.

The state flathead record stands at 85 pounds, which means Autry is one of the biggest catfish ever caught in the state and was just a few pounds shy from setting a record. Autry is inspired to someday break a state record. According to his father, “Now, he has pretty high expectations.”