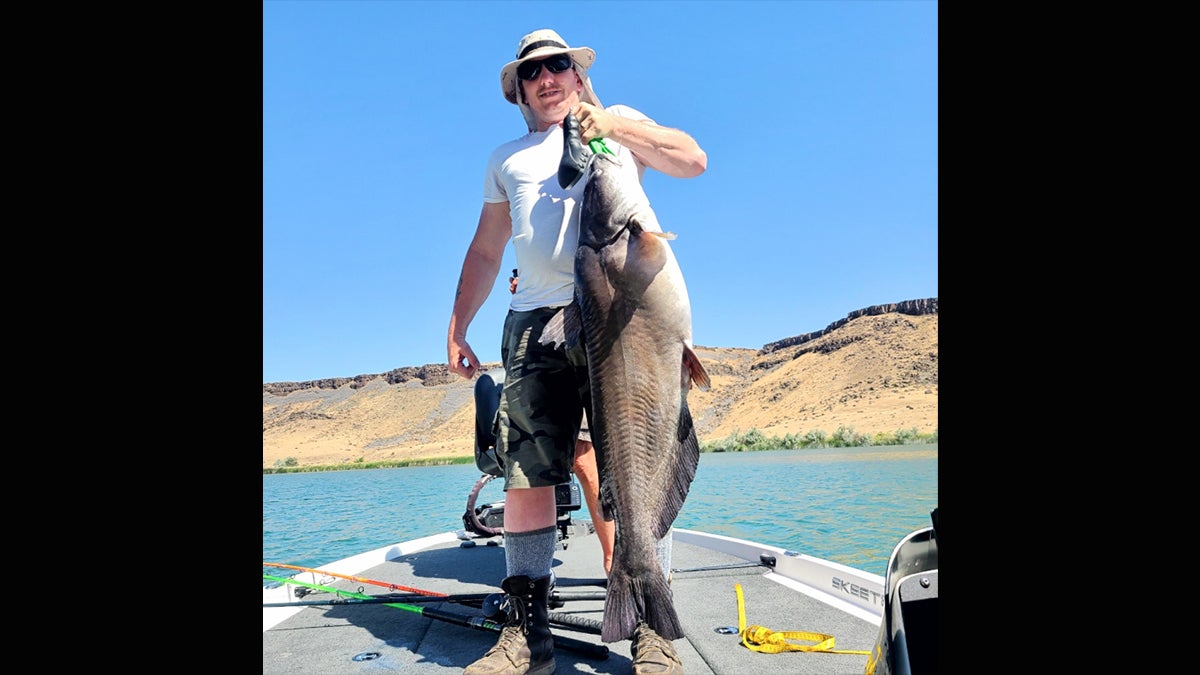 An Idaho angler fishing for sturgeon set a new state record for channel catfish instead, reeling in a 42.5-inch-long fish at C.J. Strike Reservoir on July 20 that beat the standing catch-and-release record by nearly 10 inches.

Paul Newman, of Fruitland, released the catfish after measuring it, but not before weighing it on a digital scale. Not only did it easily outstrip the 33-inch length-record set by Reed Monson at Lake Powell in 2020, but it also topped the Certified Weight Record for the species, according to a press release from Idaho Fish & Game.

The state record by weight, a 32.9-pound channel cat, was caught at C.J. Strike by Cody Castner earlier this summer. Newman’s channel cat weighed 37 pounds, but because the fish was not weighed on a certified scale it will not be eligible for the Certified Weight Record.

C.J. Strike is a 6,760-acre high-desert lake in southwestern Idaho fed by the Snake and Bruneau rivers, and it is renowned for its big white sturgeon. The lake has one of only two self-sustaining sturgeon populations in the state, and fish in the 7- to 9-foot range are common, with some measuring 10 feet or more.

Fishing records have been falling fast and furious in the Gem State this summer. In addition to the new marks for channel catfish length and weight set by Newman and Castner, Homedale angler Jared Holt established a new Catch-and-Release Record with a 43-inch-long flathead on July 9 on the Snake River, the only water body in which flatheads are found in the state. Holt broke his own record—set in 2020—by one inch.

On May 10, Travis Wendt, of Lewiston, hooked a girthy 23.5-inch smallmouth bass at Dworshak Reservoir, which he measured and released. Wendt’s smallmouth set a new Idaho Catch-and-Release Record, eclipsing a 22.75-inch fish caught in 2020 by Dustin Shepard. Biologists said that Wendt’s fish may also have been close to the Certified Weight Record for the species, a 9.72-pound smallmouth from 2006 that measured 23.75 inches.