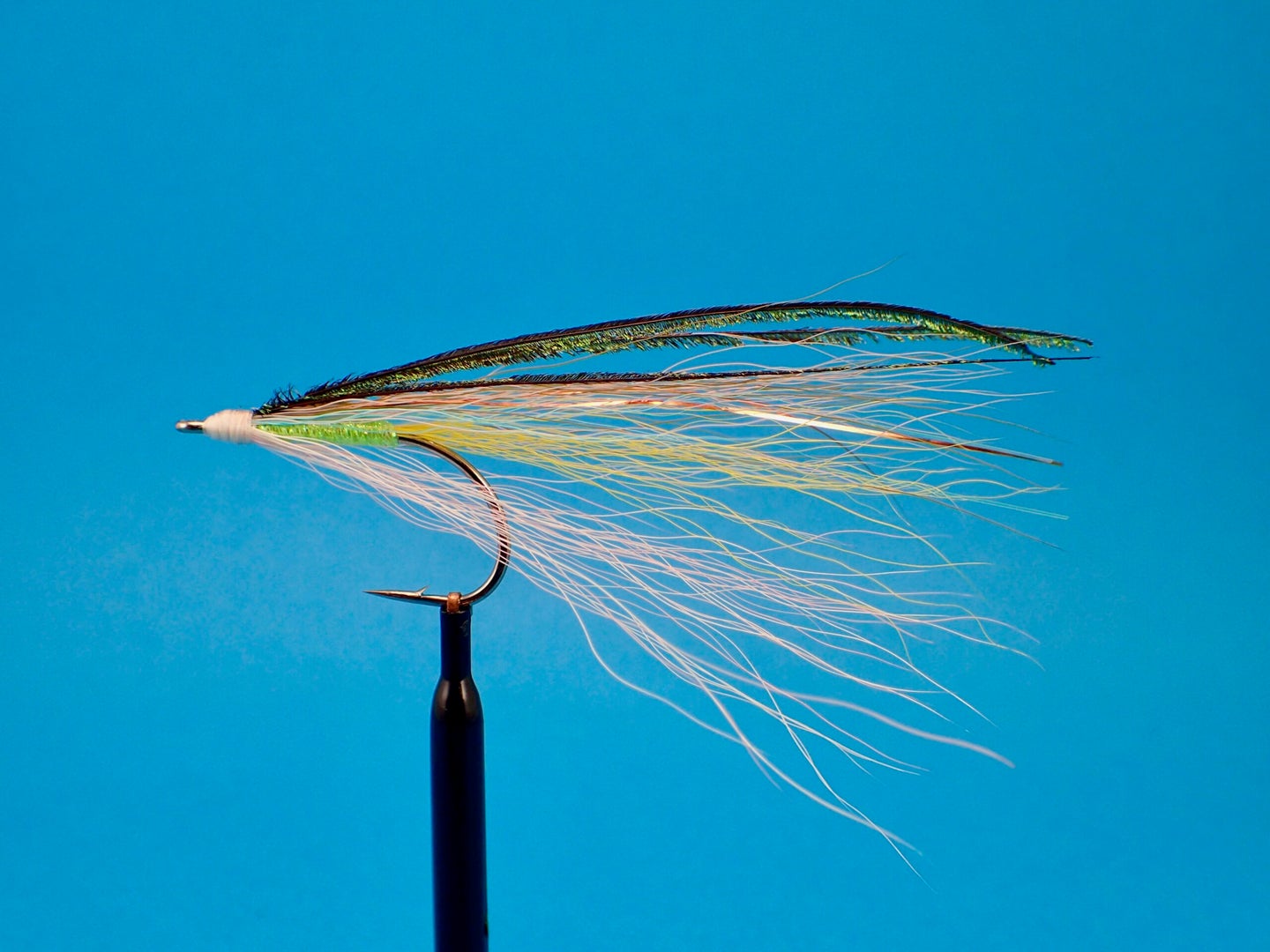 It happens every fall. Massive clouds of bait stage in salt ponds and move along beach fronts. The stripers along the northeast coastline know this—not in a cognitive sense, but rather in a hard-wired-by-nature way. They’ve got places to be, too, and they’re eager to fuel up as they head for their winter destinations. But at the top of this food chain are the anglers who are hoping to cross paths with a cow.

Striper fly fishing doesn’t have the centuries-old luster of trout fishing, but it does enjoy a rich tradition. Rhode Island fly tyers like Ken Abrames and Ray Bondorew discovered long ago that if you matched the bait that stripers were feeding on, you increased your chances of hooking up. The patterns they developed stand out today in a vast Sargasso Sea of flies that are based on realism and opacity.

These old-school patterns work, in part, because they’re different. They are impressionistic, rather than realistic. There are no stick-on 3D eyes. Many embrace the concept of color blending, reacting with water and light like the prismatic scales of baitfish. Flash is used with restraint. And, they tend to be sparse—the idea being that what you leave out of a fly is at least as important as what you put into it. Here are five such patterns for the fall run you can fish with confidence.

The first time I fished this fly, I had panic attacks. It’s too sparse, there are no eyes, everyone will catch fish but me. Wrong. Wrong. And wrong. Ray Bondorew’s masterpiece is a textbook example of less is more, coupled with the strategic use of color. It’s hard to believe, but there once was a time when olive was not omnipresent in saltwater flies. Ray purposefully chose olive after noticing its prominence on the baitfish in an estuary he was fishing.

Peacock herl is another material that brings a special alchemy to this pattern; its natural iridescence and spine cannot be duplicated by man-made materials. Most people tie Ray’s Fly with far too much bucktail. Try 30 hairs of white, 30 hairs of yellow, and 25 of olive. (Yes, you actually count the hairs.) It may look underdressed, but it will perfectly match the natural as it turns and darts and sometimes nearly disappears in the water. Match the length of the fly to the size of the bait.

It’s no secret that mullet are a favorite big bass bait. You’ll find squadrons of mullet in salt ponds in September, as well as tight to the shore. At first glance, the September Night appears to be heavily dressed. But looks are deceiving. The September Night merely creates the illusion of mass, while adding movement that makes the fly appear to be alive. This fly is such a convincing imitation of the natural that I’ve witnessed pods of mullet follow my fly as if it were their leader.

Ken Abrames, the creator, suggests tying the fly “as thick around as a man’s index finger.” The September Night calls for two white saddle hackles tied in flat, but you don’t need to own a large flatwing saddle to tie it. You can use strung hackle that has good webbing and a tapered shape, or even sometimes find usable feathers in a Whiting Wooly Bugger Pack. You can also play around with the color of the collar; I tie a killer version of this fly with ginger marabou. “Folding” marabou is easy: you simply stroke the barbules rearward as you wind.

“Inconspicuous” may seem like an odd name for a fly—you want it to stand out, right? But this Ken Abrames pattern, hidden in plain sight in the back of his classic A Perfect Fish, has no problem getting noticed by striped bass—especially if you present it like a wounded or disoriented natural. Anchovies are a delicate bait, usually 2 to 3 inches long. They form tight schools when under attack, and will sometimes even beach themselves to escape predators.

Instead of casting and stripping, try fishing the Inconspicuous—or better yet, a team of three of them—on a dead drift (you’ll need a floating line) at the edges of a bait ball. The currents will move the sparse bucktail blend of eight different colors, creating a breath of life no epoxy-bodied fly can. Another lethal presentation is to throw the Inconspicuous into the wash or breakers near a trough, and let the waves do the work. Your fly will tumble about helplessly, just like the weak naturals, and sometimes that’s all a striper needs to see to pounce.

This simple flatwing works year-round, but I like it particularly in the fall, especially if I’m swinging flies over a reef or rocky structure on the dark of the moon. Because of its dark coloration, the Eel Punt presents a sharp silhouette when viewed from below. It’s quite easy to imagine that a striper sees it simply as something that’s large and good to eat. This is one fly where you’ll need to invest in a larger saddle patch.

You don’t specifically need a flatwing saddle, but you do need a patch that has feathers from 4 to 10 inches long, with plenty of web and that elongated pyramid shape. (You can often find them at fly fishing shows and sometimes at shops.) If you’re new to tying flatwings, you need to know the importance of these terms. Platform: a broom or fan-shaped clump of bucktail. Pillow: marabou-like fluff dubbed onto the thread, which serves as a cushion for the feathers. Support: a stiff neck hackle tied concave side up. The flatwing saddles sit on top of the support.

Read Next: The 25 Best Striper Lures of All Time

One fall night I was fishing a Rhode Island breachway that was loaded with silversides. Try as I might, I couldn’t get the stripers to eat my Ray’s Flies. I was puzzled about it all the way home. There, inside my shooting basket, was the answer: a juvenile menhaden, colloquially known as peanut bunker. The bass weren’t feeding on the silversides, but rather this fatty baitfish! Armed with my stash of bucktail, I took to the bench and whipped up the pattern I now call the Little Man. I returned the next night, caught stripers, and to my delight the Little Man was the hands-down favorite on my team of three.

The key to tying this fly is to go sparse. (I like to give flies what I call “the newspaper test.” If you can read the newspaper through the fly, then it’s sparse.) Many baitfish flies take great pains to establish a wide top-to-bottom profile; that template doesn’t take into account the fact that baitfish often seem to disappear in the water. Rest assured, this pattern has fooled many, many stripers. You can add eyes, but please, keep it natural and use jungle cock. Fish the Little Man near the edges of baitballs, and mix things up every now and then with a twitch or some short, frantic bursts.

Steve Culton is a guide, speaker, fly tyer, and outdoor writer who lives in Connecticut. His website is currentseams.com.