Plenty of anglers have had a shark come for their catch, but few have had to duke it out underwater 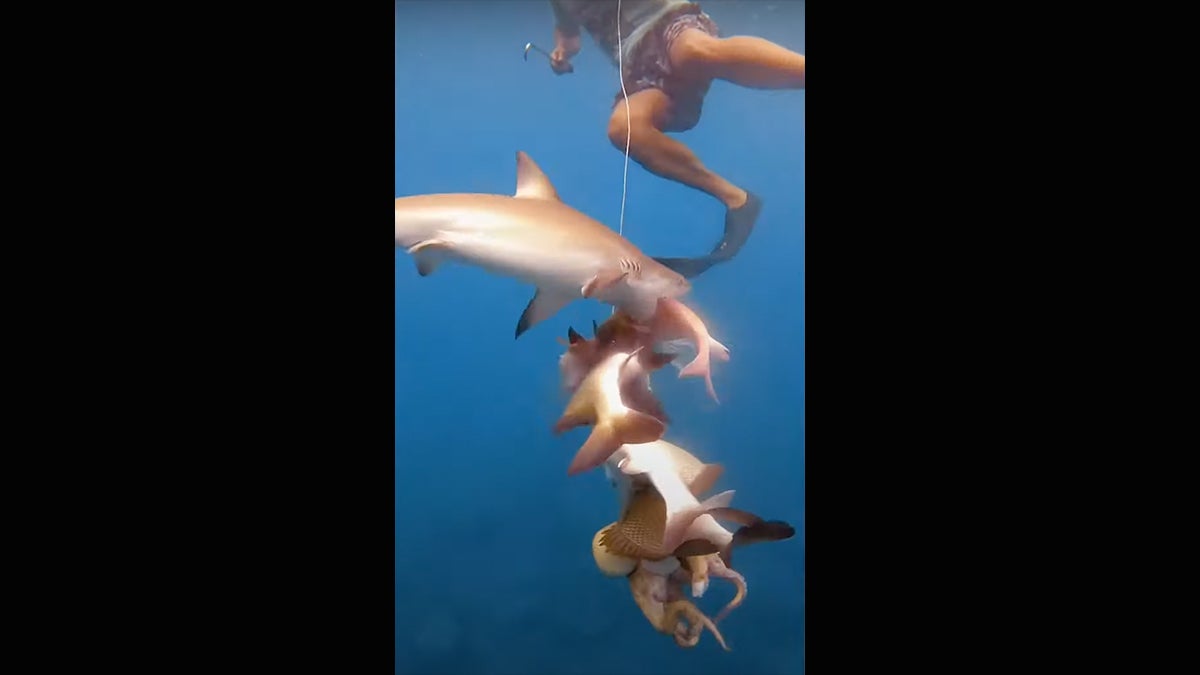 In the waters off Porto de Santo Antonio Noronha near the Fernando de Noronha archipelago near Brazil, Felipe Rogerio was swimming with a stringer of fish when he got a visit from the taxman. In a video recorded on May 4, a sharpnose shark swims in from out of nowhere and decides to take one of Rogerio’s fish.

Rogerio plays tug-o-war with the shark before it lets go and swims off—probably because of the sharp spines on the squirrelfish it was trying to steal. According to Rafael Mesquita Ferreira, who filmed the footage, “The sharpnose shark appeared, attracted by the smell, and attacked the line of fish three times, taking two coneys and trying to bite a squirrelfish, but [the squirrelfish] has a lot of thorns, so it wasn’t able to.”

Zenger News reported that the fishermen were practicing “artisanal fishing” in the waters of the archipelago and licensed to be there. However, according to Ferreira, they weren’t allowed to interfere with the shark even though it was coming after their catch.

Read Next: Shark Attacks Rose Worldwide in 2021—And 64 Percent of Bites Occurred in the U.S.

It didn’t matter much to the anglers though. In fact, they got a kick out of it. “It tried to swallow a bigger fish and couldn’t, it didn’t fit in his mouth,” says Erivaldo Alves da Silva, who was also there that day. “My friend and I laughed a lot, it was very funny.” Eventually, the shark swam off, but not before Ferreira could get some incredible footage. Luckily, the little shark only wanted a few fish.