Stay away from the scum lines 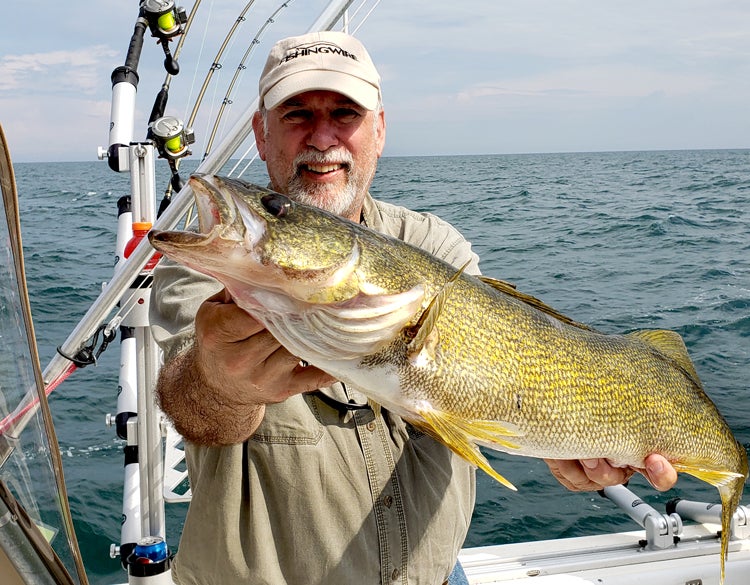 A harmful algae bloom at the western end of Lake Erie along much of the Ohio coast from Maumee Bay past Huron has recently intensified, leading to advisories for people and pets to stay out of the water—especially areas where greenish scum lines are noticed. While toxins are currently detected below the recreational limit, they can be highly concentrated in scums, according to an August 5 analysis by NOAA’s National Centers for Coastal Ocean Science.

The latest imagery analysis and forecast shows the Microcystis cyanobacteria bloom in western Lake Erie has an approximate area of 260 square miles, and has grown by about 80 square miles in just a couple days. Several factors can quickly change algae conditions, including wind strength, direction, and mixing of the algae at the water’s surface and subsurface.

Ohio State Insights notes that algae bloom events often begin as early as late June and early July and are likely to be greatest in August and September. They usually end by mid-October. Scientists predict this year’s bloom to be a 3 on a scale of 1-10, which is similar to the blooms of 2020 and 2016.

According to Insights, “Harmful algal blooms are a known liver toxin and can negatively affect the nervous system. Skin irritations are also a concern.” While the bloom may temporarily impact people’s ability to enjoy some coastal waters, fishing hasn’t been affected thus far and the predicted level 3 bloom has Paul Pacholski, president of the Lake Erie Charter Boat Association, optimistic. Algae bloom severity directly affects bookings for Lake Erie’s 700-plus charter captains.

“Anytime we have a light algae bloom, it’s good for business,” Pacholski says. “I think it’s really going to be a great year. If we can avoid the stigma of Microcystis this year, I think it will bode well for the next five to 10 years.”

Lake Erie’s central, eastern and northwestern sections don’t appear to be encountering significant algae issues. Fulltime charter fishing captain Jim Steel, who fishes Lake Erie from the Dunkirk, New York, area, told F&S that anglers aren’t seeing any algae at his end of the massive lake. He adds that walleye fishing has been challenging this summer, but anglers are catching all the steelhead and lake trout they want.

Capt. Dean Cushman, who fishes Lake Erie from southeast Michigan, says the bloom in his area is milder than recent years. “Two years ago, in July, it was as thick as paint in Michigan waters,” Cushman told F&S. “It has been there this year but from what we can see on the surface, it is minimal.  Also, we are still catching walleye in areas that typically get heavy bloom action.”