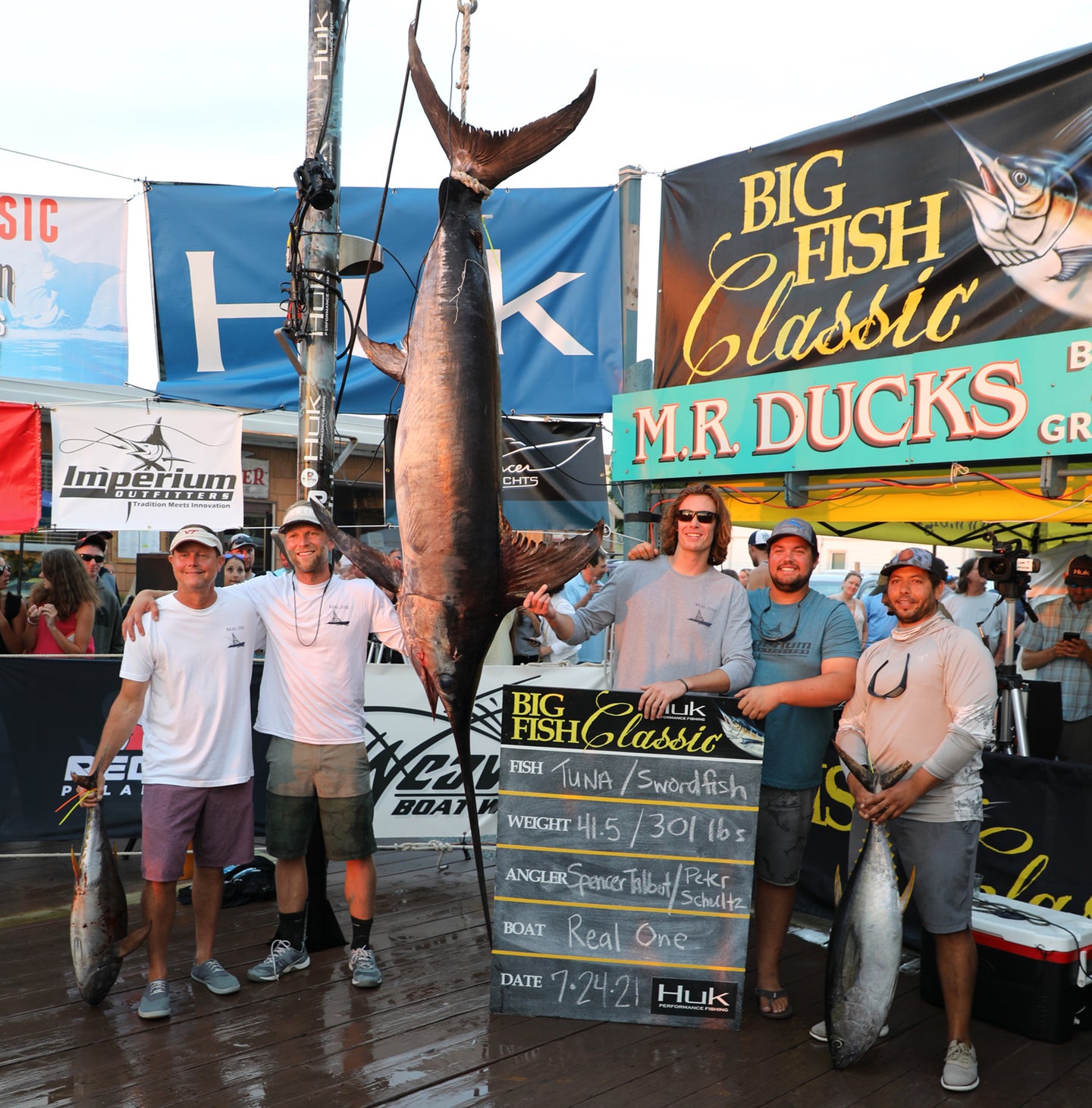 The crew of Real One with their Maryland state record swordfish.
SHARE

A 301-pound swordfish caught the evening of July 23 off Ocean City, Maryland, during the 8th Annual Huk Big Fish Classic Tournament, has been certified as a new state record for that species. This is the first time an angler has been recognized in Maryland for a record catch swordfish.

According to the Maryland Department of Natural Resources, Peter Schultz, a 36-year-old Annapolis resident, caught the fish some 50 miles offshore at the Washington Canyon. Maryland maintains state records for sport fish in four divisions—Atlantic, Chesapeake, Nontidal, and Invasive. Schultz’s swordfish marks the first entry of that species in the Atlantic Division.

Schultz and his team, fishing aboard Real One, fought the fish for 8 hours after it hit a dead eel on a circle hook. Schultz’s Shimano Talica 50 reel was spooled with 65-pound braid line with a 25-foot, 150-pound leader.

Beyond the state record honors, the swordfish resulted in a huge payday for the Real One, netting a check of $542,648 since the fish placed first in a host of categories. The tournament saw a record number of boats entered, 110, resulting in payouts totaling $1.2 million. Tournament organizer Brian Roberts said the three-day event is one of the fastest-growing in the nation, offering competing anglers a variety of entry options ranging from single categories to “all in.”

In comments posted by the Maryland DNR, Schultz credited his team and described the swordfish as a “fish of a lifetime. We put so much effort into this. Everyone had a crucial role.”

The swordfish weight was officially certified by Dave Hedges of M.R. Ducks at the Talbot Street Pier. A Maryland Department of Natural Resources biologist confirmed the catch.