Opinion: Make Sure You’re Legal Before You Brag About (or Kill) Your Catch 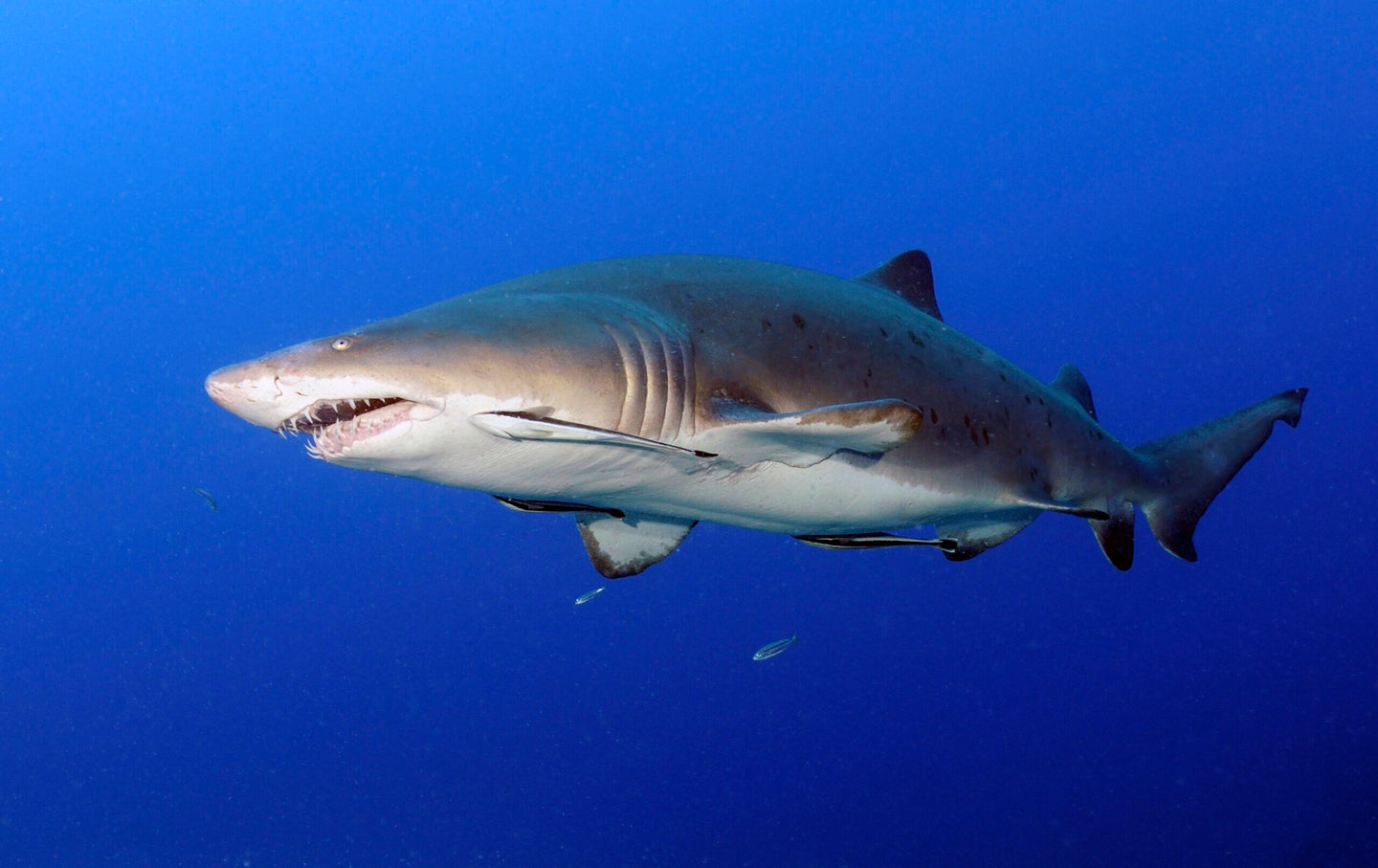 A sand tiger shark photographed off the East Coast of the U.S. Karen Doody/Stocktrek Images
SHARE

Spend enough time on forums or in Facebook groups, and it won’t be long till you find a post requesting help on identifying a fish. Captions are often as simple as, “What is this thing?” In some cases, that “thing” in question is often either laying in mud on the bank, bleeding from the gills, being squeezed to death for the photo, or already in a cooler.

While it’s great to see anglers—many of them likely new to fishing—using social media to ask other anglers for help, the issue is that if you don’t know what it is that you’ve caught, you probably also don’t know how to care for the fish properly. Even more concerning: You don’t know the rules and regulations governing the species. But ignorance is no excuse for mishandling fish or keeping a fish you shouldn’t.

I recently found a glorified example of this in which a “lifelong” angler caught an “unbelievable” shark in New York. And it had me shaking my head.

Lines in the Sand

The article, published in late June, recounts the story of New York angler Damean Farrell, who reeled in a shark while surf fishing at Oakwood Beach. Per the story, the four-foot shark is “believed to be a sand tiger.” Farrell was targeting bluefish using menhaden chunks, and it’s not uncommon for a variety of larger shark species to be caught as bycatch when soaking oily hunks of bait along the New York coast. The most common is the sandbar shark—a.k.a. brown shark. The second most common is the sand tiger, which is, in fact, what Farrell landed.

Thing is, both sand tiger and sandbar sharks are protected and classified as prohibited species in New York State. There’s no penalty for hooking one of these fish, because the strikes are usually out of the angler’s control. However, if you do hook one, you should be able to identify the fish so that you can take the proper steps to release it. The New York Department of Environmental Conservation provides detailed tips about what to do if you hook a prohibited species from shore. These include minimizing fight time, not delaying release to take photos, minimizing handling, clipping the leader if it’s too difficult to quickly and safely remove the hook, and, above all else, never dragging a shark onto “dry land beyond the surf zone.” What they recommend is “keeping the shark in as much water as possible while maintaining the safety of the angler and those nearby.”

It’s unclear to me whether Farrell couldn’t identify the shark or if the news outlet didn’t bother to do its homework and confirm the species. But there is no mention in the story of the sand tiger being prohibited. What is clear is that Farrell did not follow protocol for a quick release. According to the story, he fought the fish for seven minutes. During that fight, he had to “pull him over some very big rocks.” The main photo run by Silive.com, taken by Farrell, is the shark laid out on a wood plank, covered in sand, bone dry with its mouth agape and blood around the gills. Farrell acknowledges that the fish doesn’t look good in the photos but attributes its condition to being worn out by the “tumble” it took over the boulders.

When questioned about the catch in the interview, Farrell says, “They’re pretty common, but the girth and size of him and the teeth…I’ve never seen one like that before.” By they, I assume, he means sharks in general, but the statement leads me to believe that Farrell had never seen or caught a sand tiger. He concludes the story with this: “He was out of the water for only about five minutes because I had to get the hook out properly. I snapped the photo and threw him right back on in. I try very hard to follow all the regulations and make sure it’s done the way it’s supposed to be.”

I hope five minutes is a gross overestimation, because that’s far too long for any fish to be out of water if you’re striving for a clean, healthy release.

Scenarios like this play out all the time. This one just happened to be picked up for internet click bait and spun into a Jaws-esque report that I suppose is intended to give Staten Island bathers goose bumps (never mind that sand tigers are one of the laziest most docile sharks on the planet). But when a story like this omits information about the protection of the species and improper handling, it runs the risk of encouraging other anglers to treat a bycatch sand tiger on their line the same way.

Unknown and oddball catches will continue to make great online fodder, whether through a personal social media page or a news source. There’s nothing wrong with sharing them if the fish are handled responsibly, and if you don’t know the regulations, even more reason to handle a fish with extra care. Farrell’s story would have been far more commendable—and cooler—if he waded out and clipped the leader as onlookers gasped in fear.