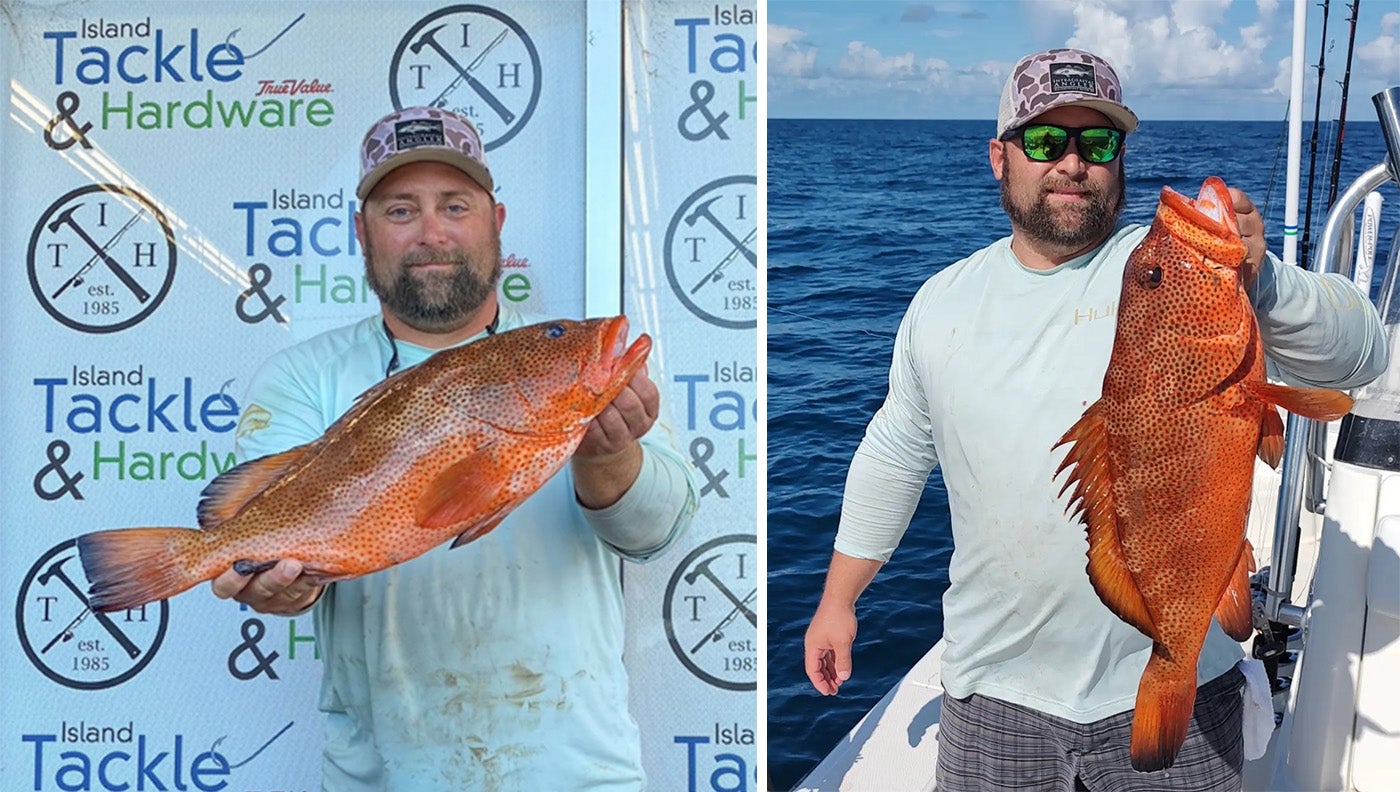 A North Carolina angler logged a new state record when he reeled in a 7-pound, 11.2-ounce red hind on August 6. The fish, which measured 23.06 inches in length and sported a 23-inch girth, beat the previous state record by nearly ten ounces. Jared Lambert of Wilmington, North Carolina landed the brightly colored trophy using a Star Rod and a Penn 6/0 reel.

Lambert caught the fish in the waters around a decommissioned lighthouse known as the Frying Pan Tower. The spot is about 40 miles southeast of the town of Southport, North Carolina.  It’s located near an area called Frying Pan Shoals, which is known for its world-class grouper and snapper fishing. Red hind are usually caught using bottom fishing methods while casting Atlantic menhaden or pinfish for bait. Lambert hooked his trophy fish while using a live pinfish.

The red hind is a type of grouper that inhabits subtropical waters as deep as 400 feet. The North Carolina coast is on the far northern end of the species’ range, which extends as far south as Brazil. According to the Atlantic Fishery Management Council, red hinds can live for 17 years or longer and reach weights in excess of 10 pounds. They are considered “protogynous hermaphrodites,” meaning they change from male to female during a certain stage of their lifetime.

They are most abundant off the coast of Bermuda and in the West Indies. In the Caribbean, red hinds are commonly referred to as “koons” or “lucky groupers,” and they make for great table fare. The International Game Fish Association (IGFA) all-tackle world record red hind was caught in September of 2021 off the coast of Jacksonville, Florida by an angler named Ronald James Williams. That fish weighed 10 pounds, 9 ounces.