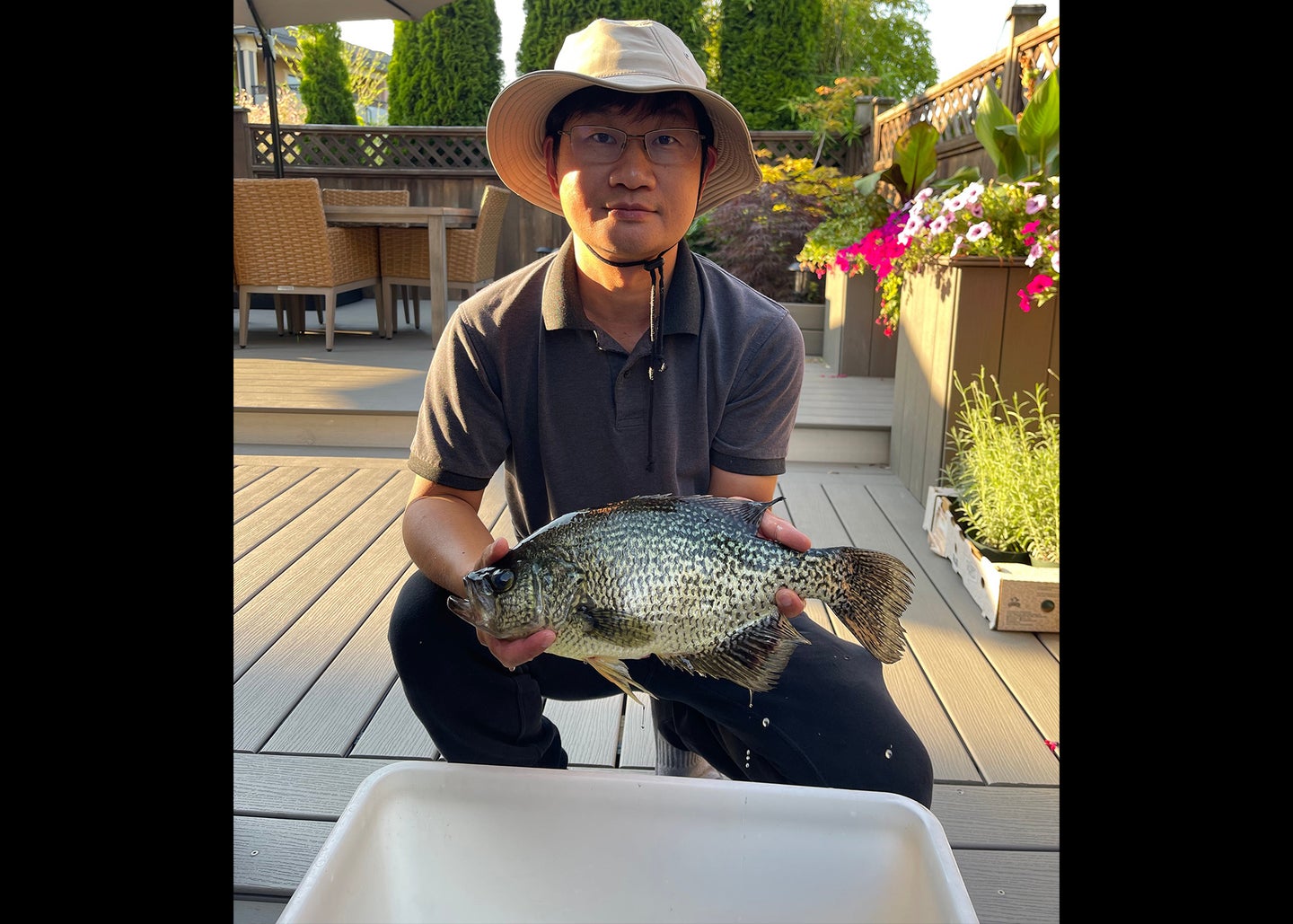 The average black crappie is 10-inches. This one is 17-inches. Jason Ren
SHARE

Earlier this fall, Jason Ren of Richmond caught one heck of a crappie. While fishing at a private lake in the Vancouver metro area, Ren reeled in a 17-inch black crappie. The fish is a potential record for the province of British Columbia, easily topping the current record, which is a 15-incher caught by Roger Chen in 2015. Ren has submitted his catch to Record Fish Canada, but it has yet to be verified. Perhaps most surprisingly, Ren didn’t even realize he’d caught a potential record fish until after he left the lake with a mess of fish.

“I landed a bunch of fish and I initially was thinking how to use lemon juice, pepper, and salt to turn them into a delicious meal on my way home,” Ren told the Richmond News. “It wasn’t until I opened the cooler and found this monster-size fish…I asked my fishing buddies to take a look, and they were all surprised by the size.”

Black crappie are sunfish that are found in waters throughout North America. They’re known to be fine table fare and have soft, mild-tasting flesh. According to the U.S. Fish and Wildlife Service, the average black crappie is only 10 inches long, which Ren’s slab nearly doubles. Ren notes that the private lake he fished at gave him the advantage needed to catch such a big panfish because it allows fish to grow to big sizes without being creeled. That doesn’t mean he isn’t still a hardcore angler. Ren says that he knows all of the fishing spots in the Vancouver area and has traveled throughout British Columbia and to Alaska on fishing trips.