The Five Stages of Hunting

After shooting a rare duck on a recent hunt, the author contemplates on where he falls into the “Stages of Hunting” 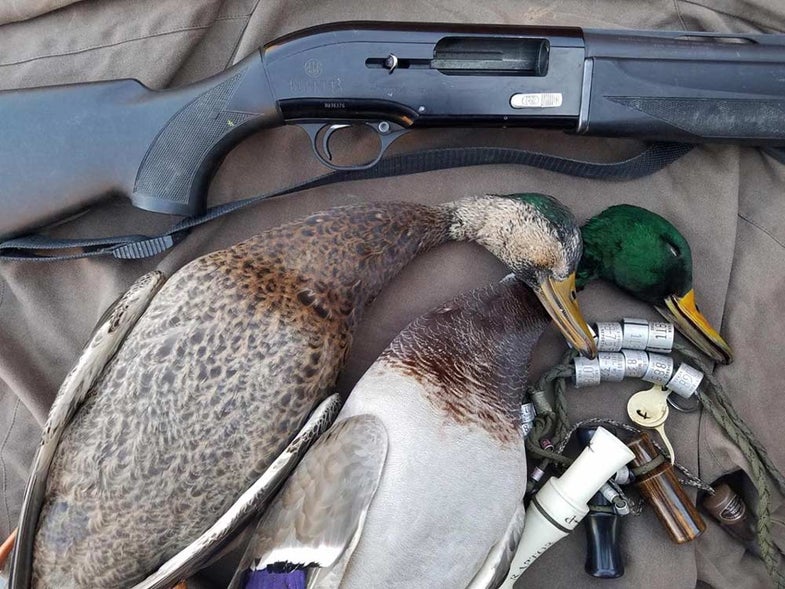 The author killed a black duck-mallard hybrid and a mallard on a recent hunt. Phil Bourjaily
SHARE

Last Sunday, I was lucky enough to shoot this black duck-mallard hybrid along with a handsome greenhead on the river bottom near my home. We hardly see black ducks here, and I’ve never shot one, so a hybrid is a rare bird for us. I am thrilled. It’s a genuine trophy duck, and it came in to the decoys perfectly on a clear day when I had the sun at my back to light it up, which made shooting it all the better. The experience prompted me to think about the “Stages of Hunting.”

The Stages of Hunting form part of every hunter-ed curriculum I’ve ever seen. Hunters are said to progress through the Shooting Stage, the Limit Stage, the Trophy Stage, the Method Stage, and the Sportsman Stage, according to this theory, which was formulated in the 1970s by a pair of University of Wisconsin-Lacrosse professors who interviewed more than 1,000 hunters.

To run through the stages in a nutshell:

It always struck me as a little pat, and it suggested an arc in hunting that inevitably led to people hanging up their guns, the same way Elizabeth Kubler-Ross’s five stages of dying inevitably leave you dead. The Stages of Hunting make the most sense, though, if you allow that it’s possible to be in more than one stage at once. Or, if you think of then more as parts of a continuum rather than as steps in a progression.

For instance, I’m putting myself in the Trophy-Method-Sportsman stage. I realize that’s more than half the stages, but there you have it. (Actually, I believe anyone who enjoys hunting belongs in the Sportsman Stage, because we wouldn’t be outdoors if we didn’t appreciate it.)

Also, I don’t mind shooting a limit every once in a while and telling people about it, so that puts me in four stages at once. But I also used to care more about limits than I do now, so I know I’ve moved along the scale.

This hybrid duck notwithstanding, I always thought meat was the real trophy in hunting. Now, with just two of us at home to eat what I shoot, I’m selective. The game I shoot has to taste good. If that makes me a trophy hunter because I don’t shoot shovelers (except for the ones I mistake for teal first thing in the morning) and have been giving the million or so ring-necks at my duck place a free pass lately, then I’m in the Trophy Stage.

Method matters a lot. So do aesthetics. I’d rather shoot a duck late in the morning with the sun on it than before sunrise when it’s a dark blob. I prefer my doves and waterfowl decoying, and my upland birds pointed, although I’ll shoot anything the dog puts up in range. On the other hand, while I like calling turkeys, I would belly crawl one in a minute if the situation arose. You can be at different points along the continuum with different game.

How many stages are you in?