On Tuesday, the Florida legislature approved a bill that calls for the construction of a reservoir south of Lake Okeechobee.... 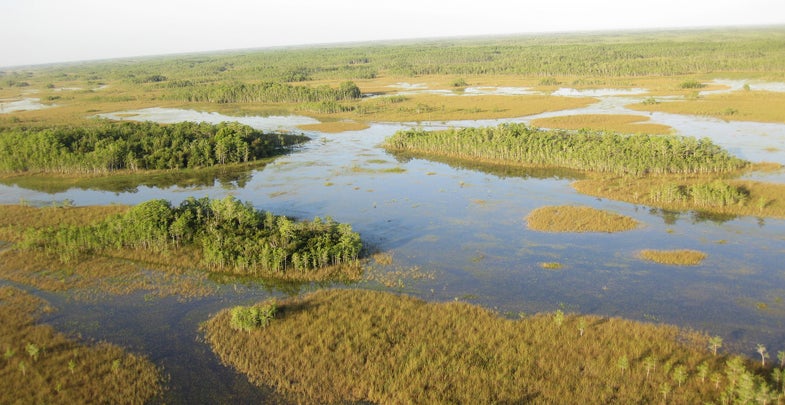 On Tuesday, the Florida legislature approved a bill that calls for the construction of a reservoir south of Lake Okeechobee. The hope is that the new reservoir will curb discharges of coastal algae blooms and improve water quality in the Everglades.

According to the Miami Herald, the measure—which is now headed to the office of Governor Rick Scott, who is expected to sign it—stipulates that the state buys land needed to convert a 14,000-acre shallow reservoir into a deep-water reservoir that will hold roughly 78 billion gallons. As a part of the Comprehensive Everglades Restoration Plan, the new reservoir will help filter and supply a steady flow of clean water to the Everglades and the St. Lucie and Caloosahatchee Rivers, which have become an environmental and political nightmare, owing to an extreme amount of pollution.

Last summer, the rivers were flushed with toxic algae that led the governor to declare a state of emergency in several counties. The blue-green algae blooms, which were described “as guacamole-thick,” were the result of fertilizer-rich water released from Lake Okeechobee into the two waterways. The Herald called the construction of the new reservoir a “gift” for the Everglades.

The Everglades is broken up by 1,800 miles of canals and dams that stymie the natural flow of water, as well as by land drained by development. Consequently, only half of the Everglades’ historic 3 million acres remain. Fertilizers and other agricultural runoff have led to the algae blooms and growths of duckweed that have disrupted the balance of the ecosystem.

Eric Draper, the executive director of Audubon Florida, praised the legislation. The reservoir will “reduce harmful discharges from Lake Okeechobee to the coastal estuaries and send water south to nourish the Everglades,” he said.