Willy Guerra, the chief marine deputy in Florida’s Monroe County, is known for his willingness to go to great lengths... 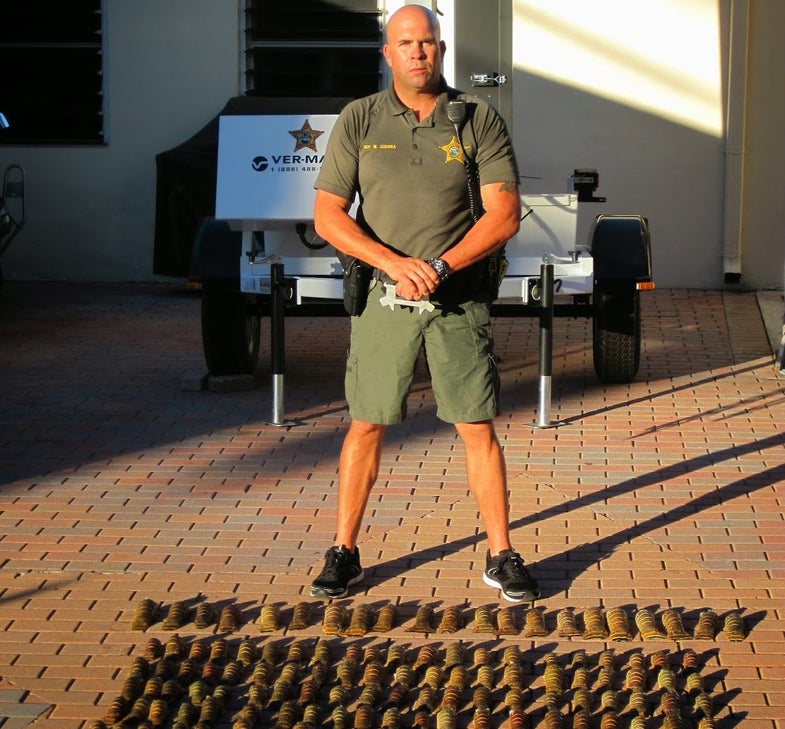 Willy Guerra, the chief marine deputy in Florida’s Monroe County, is known for his willingness to go to great lengths to catch poachers in the Keys. To bust criminals, he’s hidden in a garbage can at a bait station, as well as perched on top of a sewer treatment plant. According to the Miami Herald, the Marathon City Council recently last awarded Guerra with a plaque in recognition of his hard work and dedication to preserving resources in the Keys. Guerra, who is based out of Marathon, noted that his goal is to prevent the loss of natural resources and to protect both tourism and fishing industries in his county.

In 2015, Guerra caught George Vargas, a Miami man, with 267 wrung lobster tails, weighing 225 pounds and valued at $4,205. Bill Kelly, the executive director of the Florida Keys Commercial Fisherman’s Association, told the Herald that that particular poacher had been at work for at least three years. “He made $723,000 in a year if he worked all year, and we know he did that for at least three years, so we’re talking $2.16 million he absconded with from the men and women in the commercial fishing industry,” Kelly said.

It was during this case that Guerra hid in the trash can in order to catch Vargas bringing the stolen lobsters ashore. “You can’t just sit in a marked truck,” Guerra said. “You have to hide somewhere.”

More recently, Guerra leapt into the water to catch a suspect spearfishing for lobster while wearing a newly issued body camera. It’s illegal to use a spear gun to harvest lobster in Florida, and the body camera helped provide evidence of that man’s crimes. “I was just issued my body camera and first thing, I got it wet and still works,” Guerra said. “We know now that it’s waterproof up to 8 feet, and it caught everything in the water, including the guy trying to get rid of the spear gun.”

Dave Dipre, a captain with Florida’s Fish and Wildlife Conservation Commission, said Guerra’s dedication to preserving natural resources is admirable. “The resource cases are where Willy’s heart is,” Dipre said. “He goes at it full force and puts everything he has into it.”