For Conservation Under Trump, Keep Your Eyes on Congress

More than a few sportsmen have asked what the dramatic power shift in Washington will mean for conservation and environmental... 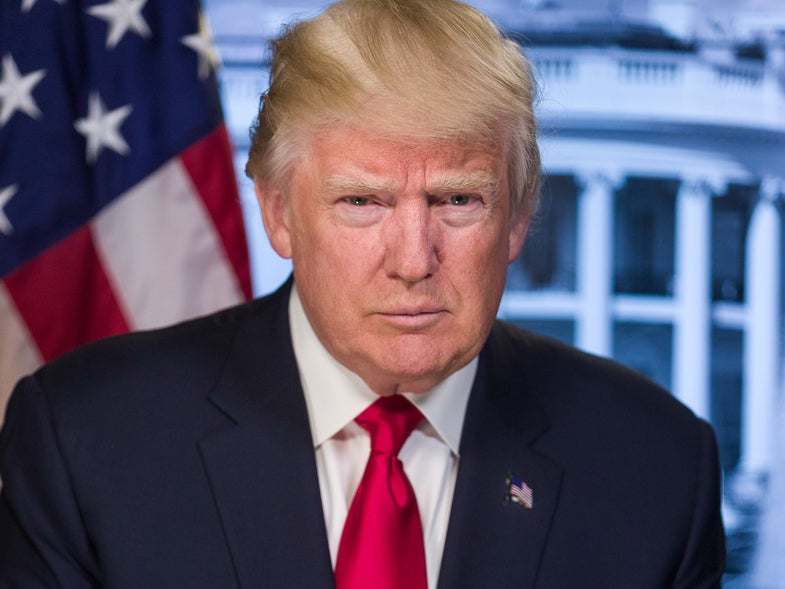 What will conservation look like under the 45th president?. Courtesy Executive Office of the President of the United States
SHARE

More than a few sportsmen have asked what the dramatic power shift in Washington will mean for conservation and environmental protection.

My answer keeps coming back to this old ditty:

As you could through life let this be your goal.

Keep your eye upon the donut and not upon the hole.

In Washington today the GOP Congress—especially the House—is the donut. The guy in the White House is the hole.

This isn’t to say President Trump doesn’t have vast authority over the agencies charged with protecting our public lands, air, and water—the things that make for healthy fish, wildlife, and humans. He appoints (with Senate approval) the heads of those bureaucracies and can set their policy agendas.

And some of his appointments have cheered sportsmen’s groups. Secretary of Interior will be Montana Rep. Ryan Zinke, outspoken in his opposition to transferring public lands to states. And Trump’s pick for Secretary of Agriculture—which oversees many important habitat-conservation programs—is former Georgia governor Sonny Perdue, who, we are told, is a quail hunter.

But the legal authority (and obligation) those agencies have to fulfill those charges comes from laws passed by Congress. And it is Congress that decides what can be protected, how it can be protected, and how much can be spent on enforcing those regulations.

And the news from the GOP majority in the House has been nothing short of ominous. They wasted no time making it easier to repeal environmental regulations essential to protecting the habitat base fundamental to public outdoors sports.

It amended a rule, making it easier to justify transfer of ownership to states, by changing the way it calculates the financial cost to the nation of the move.

It passed the REINS Act (Regulations from the Executive in Need of Scrutiny), which would require congressional approval for any regulation with an economic effect of more than $100 million or that would have “adverse effects” on employment, investment, productivity, or innovation. In other words, it takes regulatory review away from citizens where it now rests, and gives it to politicians.

It passed the cynically named Midnight Rule Relief Act, which would allow Congress to repeal any rule finalized in the last 60 days of the Obama Administration.

Of course, “regulatory overreach” has been the straw man for these folks for a very long time. They try to tell Americans that faceless, unelected bureaucrats are controlling our lives and businesses with regulations they dream up on their own.

Not true. Here are the two important facts they leave out:

What these anti-regulatory zealots also don’t mention is that the process for writing, passing, and enforcing regulations is controlled by laws also passed by Congress, such as the Administrative Procedures Act.

An agency can’t promulgate a regulation unless it is based on a need spelled out in the law—passed by Congress. That need must be supported by evidence that the agencies have to spell out the economic impacts, and each step has to be published so the public knows what’s happening, the public has to be given a fair chance to comment, with congressional committees providing oversight.

And after all that—which typically takes a couple of years—most regulations must past legal review, since they are almost always taken to court.

This rule-making process is the very definition of democratic and inclusive. So why are so many GOP members of Congress trying to restructure the process? Because some regulations cost some of their major funders money.

GOP leadership has targeted a number of key regulations sportsmen consider critical to the future of their traditions.These include the Clean Water Rule: Definition of Waters of the United States, which restored protections to some of the 20 million acres of wetlands and 5,000 miles of cold-water streamsides removed by the Supreme Court 20 years ago. It is essential to the future of North American waterfowl, because it protects the prairie pothole breeding grounds.

Also targeted are regulations reducing greenhouse-gas emissions, including carbon. The oil, power, and coal industries oppose efforts to address the human causes of global warming. Wildlife biologists and sportsmen groups consider this among the gravest threats to fish and wildlife.

Does that mean sportsmen won’t have any friends in the administration? Of course not. There’s Zinke and Perdue, and Trump’s sons are avid hunters.

But being opposed to selling public lands doesn’t mean you’re opposed to opening more of them up to oil and gas development. One of Trump’s first actions after his swearing in was to take down the White House web page on climate change and replace it with the “America First Energy Plan,” which aims to kill climate regulations, as well as the Waters of the U.S. rule.

And having an Ag Secretary with a love of bird hunting doesn’t mean he will protect wetlands on private lands—especially if his boss says “No way.”

Making those policies the law will be made by the donut—those GOP majorities in the House and Senate.

And no one expects the guy in the hole to object.

So sportsmen and their groups need to focus their efforts where they can be most effective in the onslaught that is already underway.