Four Great Places to Call in a Buck, to Gun or Bow

Hunting without a decoy? The single most important thing to understand as you decide where to set up to call... 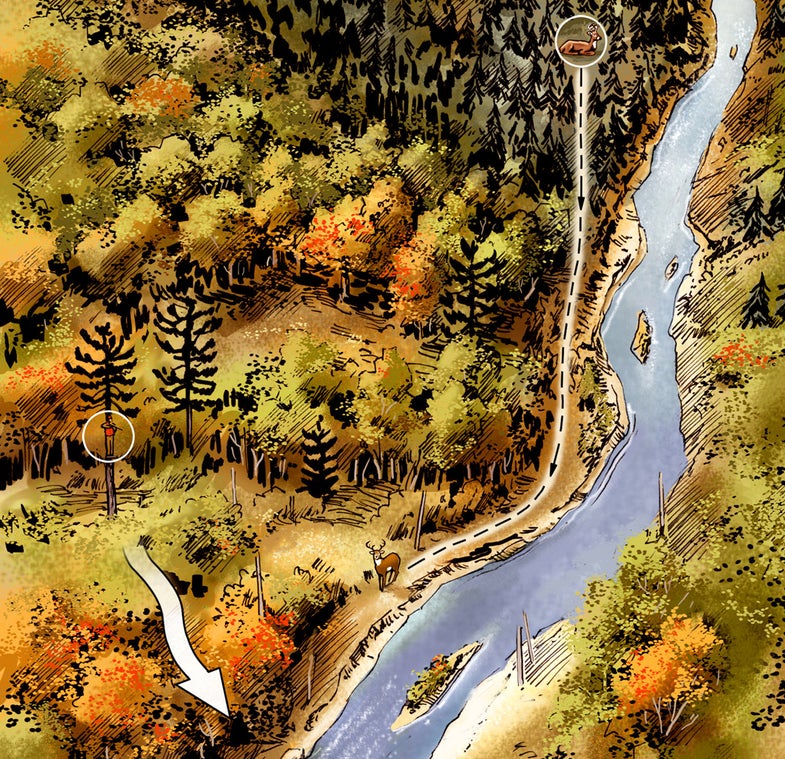 Set up within range of a feature that a buck will not cross. Steve Sanford
SHARE

Hunting without a decoy? The single most important thing to understand as you decide where to set up to call in a buck is this: If the deer can see the area at the source of the calls, he doesn’t need to come in to check it out. Therefore, you want to be positioned so that he is already in range when he’s close enough to see that there’s no deer. Here are four great places to set up, from the bow opener to the last gun hunt.

When you’re hunting with a bow, try these two tricks.

[1] Use a rise in the terrain close to your stand to hide the source of the calling (above). At 20 feet up, you can see the buck. But he can’t see the area near your stand. When he comes over the rise to see what’s there, you’ve got him.

[2] Situate your stand so that a screen of brush or tall grass ­separates you from the buck’s approach. A buck will bust through a narrow patch of thick vege­tation to get to the sound of a hot doe.

Rattling and calling becomes a different game when the gun season starts. Now your objective isn’t so much to bring deer right to the base of your tree, but rather to get one out in the open where you can make a clean shot. The trick is to take advantage of the buck’s tendency to circle downwind of the caller. Like this:

[1] Set up within gun range of a hard edge—that is, a lakeshore, river, pond, steep bluff, or any feature that a buck will not or cannot cross (above). Make sure the wind is blowing parallel to the obstruction. When you call, an approaching buck will be funneled along this edge as he tries to get downwind of you. But he’ll never make it that far.

[2] Take a stand in a field corner with the wind blowing out toward the open ground. Now any buck that wants to get a whiff of you has to step into the field. As long as your scent is drifting toward the middle of the opening and not the edge, you’re set. Just be ready to shoot before he can get directly downwind and bust you.