F&S readers share their ingenious, and evil, hunting pranks. ▶ I had a taxidermied skunk that I’d sneak into people’s tents.... 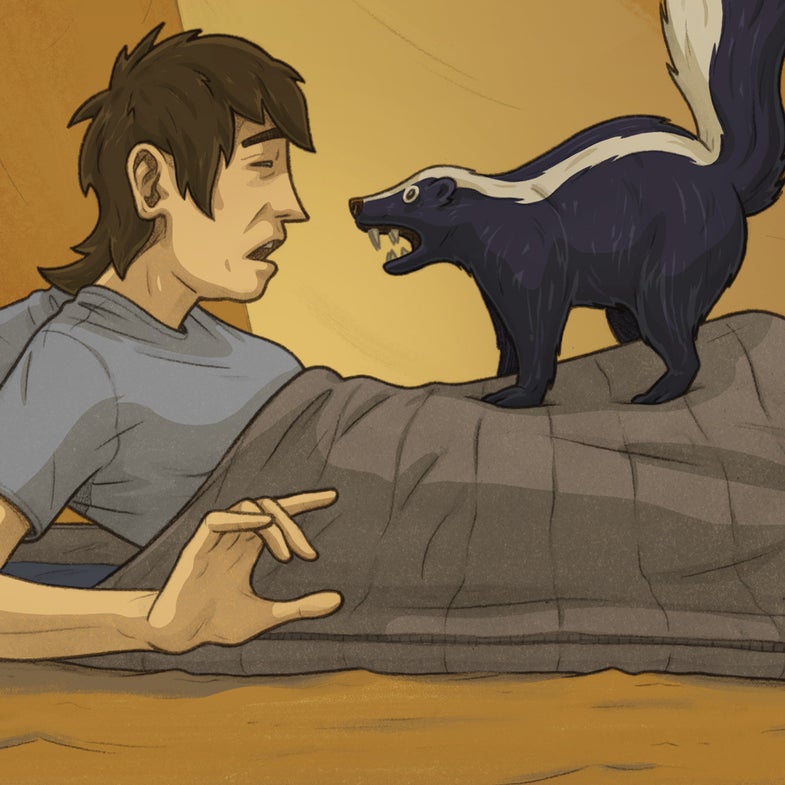 ▶ I had a taxidermied skunk that I’d sneak into people’s tents. Enough said. —Steve Chadwick

▶ The weekend before West Virginia’s rifle opener, I used to fasten a bunch of sheds to a deer decoy so that it looked like an absolute monster. Then I’d string it up from a tree in my front yard to “age.” Traffic would back up along the road as one hunter after the next stopped to gawk at the trophy. —Frank Hughes

▶ A neighbor kept hunting on our land, so I bought three windup alarm clocks and hid them in the woods the night before the opener. Hunting hours started at 6:24 a.m., so I set them to go off at 6:30, 6:45, and 7 a.m., respectively. We never had any problems after that. —Jeff Lindbom

▶ Once my grandpa’s buddies threw an empty shotshell box into the campfire. Little did I know that it was full of firecrackers. I nearly messed myself as it started to explode. —Clark Kocurek