Get a Drone to Go Fishing for You

I have seen the future of fishing and it has four propellers, costs $1,399, and is called the AguaDrone (because... 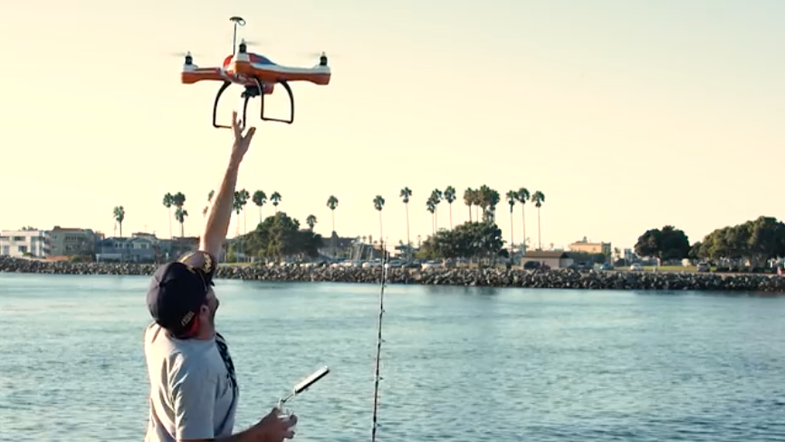 I have seen the future of fishing and it has four propellers, costs $1,399, and is called the AguaDrone (because the name AquaDrone was already taken by a U.K. company). It is 100 percent waterproof, which is just what you want in a drone that is designed to take off and land from water. So you know the inventors have put some thought into it.

• It has a Find Pod, a self-contained internal Wi-Fi–enabled fish finder that sends images, water depths, and temperatures to your handheld device.

• It has a Fish Pod, a remotely operated “payload release system” that can carry and release up to 2 pounds to “those hard to reach places” (I’m not entirely sure what that means, and not entirely sure I want to know) with the touch of a button. Presumably, you could release a whole squad of little toy soldiers who would find and destroy the fish for you. Also, if you are “skip-bait fishing in deep ocean water” (again, I’m not sure what this is), the patent pending release arm “lets you manually operate your rod and reel.” For old-timey fishing, as many of you know, nothing quite matches the manual operation of a rod and reel, so let’s not accuse this wondrous technology of diminishing the Fishing Experience.

• It has a Film Pod. As everyone knows, fishing is not really an experience unless you remove yourself one step from what’s actually going on by filming it so you can post it online. With the Film Pod, you can capture the experience both with a waterproof camera with image resolution of up to 16 Megapixels, a 4X zoom, and a 220-degree wide-angle lens that allows you to capture 360-degree pano footage. This would let you film the warden’s approach as he comes to see just what the hell your machine is doing in his lake. The Film Pod comes with a micro SD card slot that can handle a card of up to 64GB. You can record hours of footage from the air or beneath the water’s surface. And, of course, you can send the video to any Wi-Fi enabled device. So your AguaDrone can stay out there and fish.

You can get one of these puppies with all three pods-Find, Fish, and Film-for a mere $1,399.

The day is fast approaching when you can go fish your favorite lake from a silo in a remote part of Nevada, New Mexico, or Yemen. As Outdoorhub puts it, “The AguaDrone is ideal for every angler.” Well, almost. I think I’ll take a pass.