Forget your to-do list. Watch squirrels, an eagle, and an elephant come into contact with these ubiquitous cameras 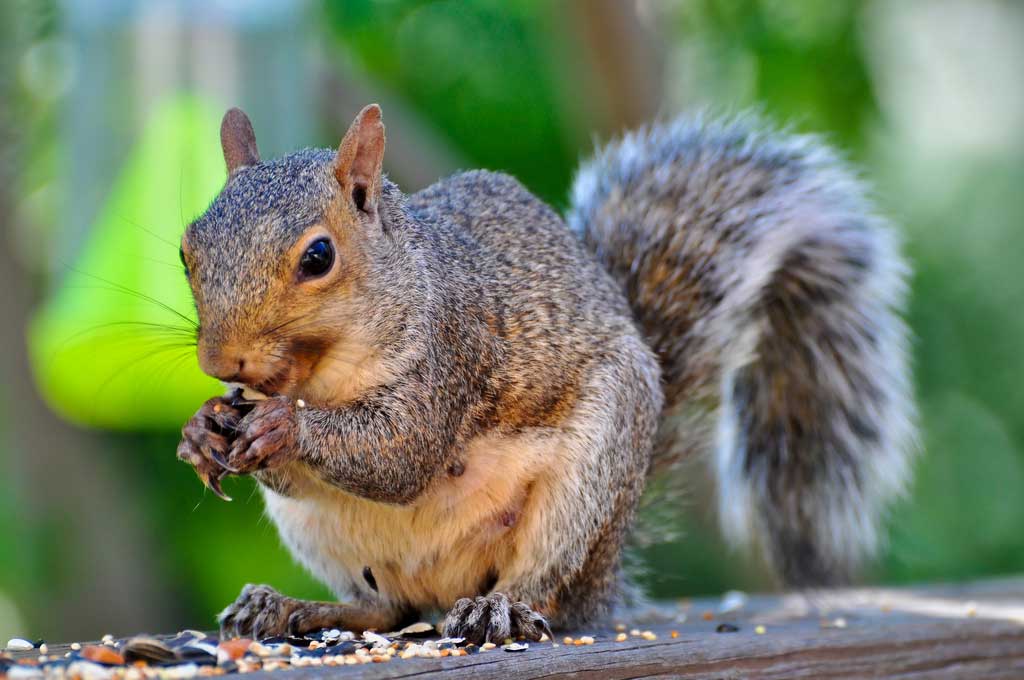 It’s January and all the air in your holiday kickball is almost gone. There are countless things you should be doing to get ready for fishing season. Sorting your tackle box out, tuning up your reels, cleaning the spiderwebs out of the ferrules of your rods. Sit-ups and agility drills would no doubt help your balance onboard any watercraft. My advice is to do none of these things. Instead, sit back and watch videos of wild animals messing with that most annoying of modern technologies, the GoPro. Its chief use seems to be as a mediating device, a buffering layer between you and your experience in nature. I just wish more of these animals had destroyed them.

Below is a 2-minute video in which a squirrel stalks a GoPro, steals it, and runs it up a tree. Beyond the sheer joy of watching an animal make off with between $150 and $1,500 (for the Omni, with its six cameras and 360-degree-view capability) of overwrought technology, there are a couple of noteworthy things here. Squirrels are sort of like wrestlers. They’re low to the ground to start with and—watch carefully—assume a wider stance and lower their center of gravity when stalking. It’s also great to see the leaves and branches fly by as it carries the camera up a tree.

A second squirrel video (below) is set to an inspired kazoo soundtrack. And it ends with the squirrel holding the GoPro at an angle that gives the viewer a clear view of its groin area, which may answer questions about squirrels you’ve never had the courage to ask.

In this third video, a bald eagle in Juneau, Alaska, is lured in by a dead fish. Next thing we know, it’s airborne with a GoPro in its talons (this video won a GoPro award in 2017). The soundtrack is Rimsky-Korsakov’s “Flight of the Bumblebee,” which some eagles might find offensive. The amazing thing is that you can see the eagle’s talons holding the camera. Also, the bird appears to be achieving height at the velocity of one of NASA’s lunar rockets. The eagle lands in what one presumes is its nest. Then you see its head upside down peering at the GoPro as if to say, “Now what do I do with this thing?”

And lastly, an elephant approaches over an almost lunar African landscape. The largest land mammal instinctively approaches the GoPro with caution—would we were as wise. Its left front foot suspends in midair, rocking back and forth like a metronome for about 10 seconds as the creature thinks over its next move. The animal moves on, but then its trunk appears from the opposite side of the frame. It moves the camera, giving us closeup views of the hairs on its trunk. I kept wishing it would just step on the camera, but it doesn’t. It swats the thing around gently—by elephant standards at least. Then we see it, Bigfoot-like, in a corner of the cockeyed view as it vanishes back into the woods.