According to the Seattle Times, surveys show that increasing numbers of sockeye, Chinook, and bull trout are navigating beyond the... 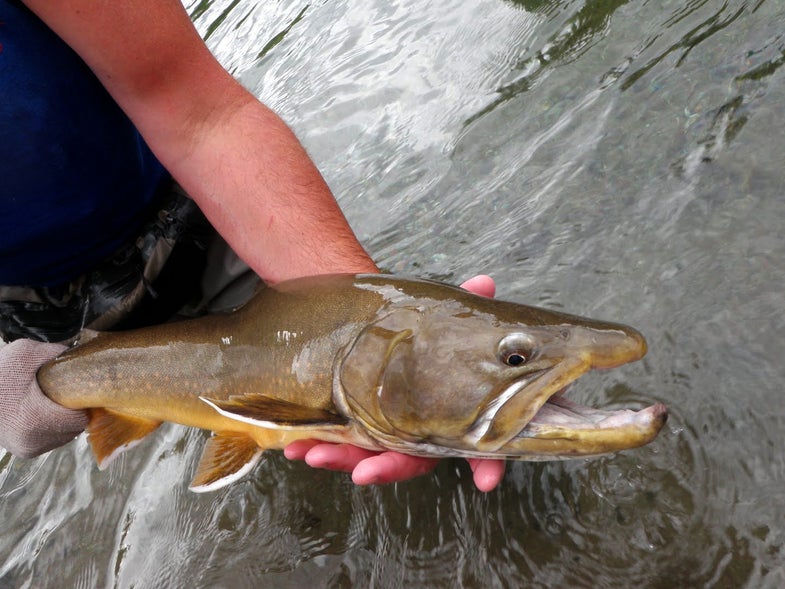 According to the Seattle Times, surveys show that increasing numbers of sockeye, Chinook, and bull trout are navigating beyond the former site of the Glines Canyon Dam, on Washington’s Elwha River. So far this spawning season, more of the fish have migrated upriver than during any year since the dam was removed, in 2014. Additional redd surveys and DNA-analyses of river water are in the works for this fall.

Though fish have been successfully recolonizing the Upper Elwha since the destruction of the Elwha and Glines Canyon dams—which were removed in 2012 and 2014, respectively—only a single Chinook was observed migrating upriver during the summer and fall of 2015. Scientist worried that a number of boulders were blocking the passage; as a result, 14 boulders were cleared out last fall, and an additional six were demolished last month.

George Pess, a National Oceanic and Atmospheric Administration biologist at the Northwest Fisheries Science Center, said there are signs that the river is being naturally recolonized. A coho salmon left the river in 2015 but recently returned to the Little River, an Elwha River tributary, in which it was tagged. According to Pence, that particular fish—whose parents entered the river on their own after the dams came down—“shows we are getting natural recolonization.”

Rachel Spector, acting superintendent for Olympic National Park, echoed the sentiments, saying, in a statement, “as restoration proceeds, the benefits continue to mount along the entire river and throughout its entire system.”

So far this season, scientists have seen a number of migratory fish working their way up the Elwha. Snorkel surveys and radio telemetry showed that about 70 Chinook salmon moved upriver between the end of July and the end of September; they’ve also seen about 60 Chinook redds so far. In addition, a dozen steelhead and nearly 50 bull trout were spotted near the Glines Canyon site.

The Elwha and Glines Canyon dams were removed as a part of the $325 million Elwha River Ecosystem and Fisheries Restoration Act. Signed into law in 1992, the act was intended to restore the Elwha River, and its native species, to its natural condition.