Meet the Anglers We Love to Dislike on Social Media 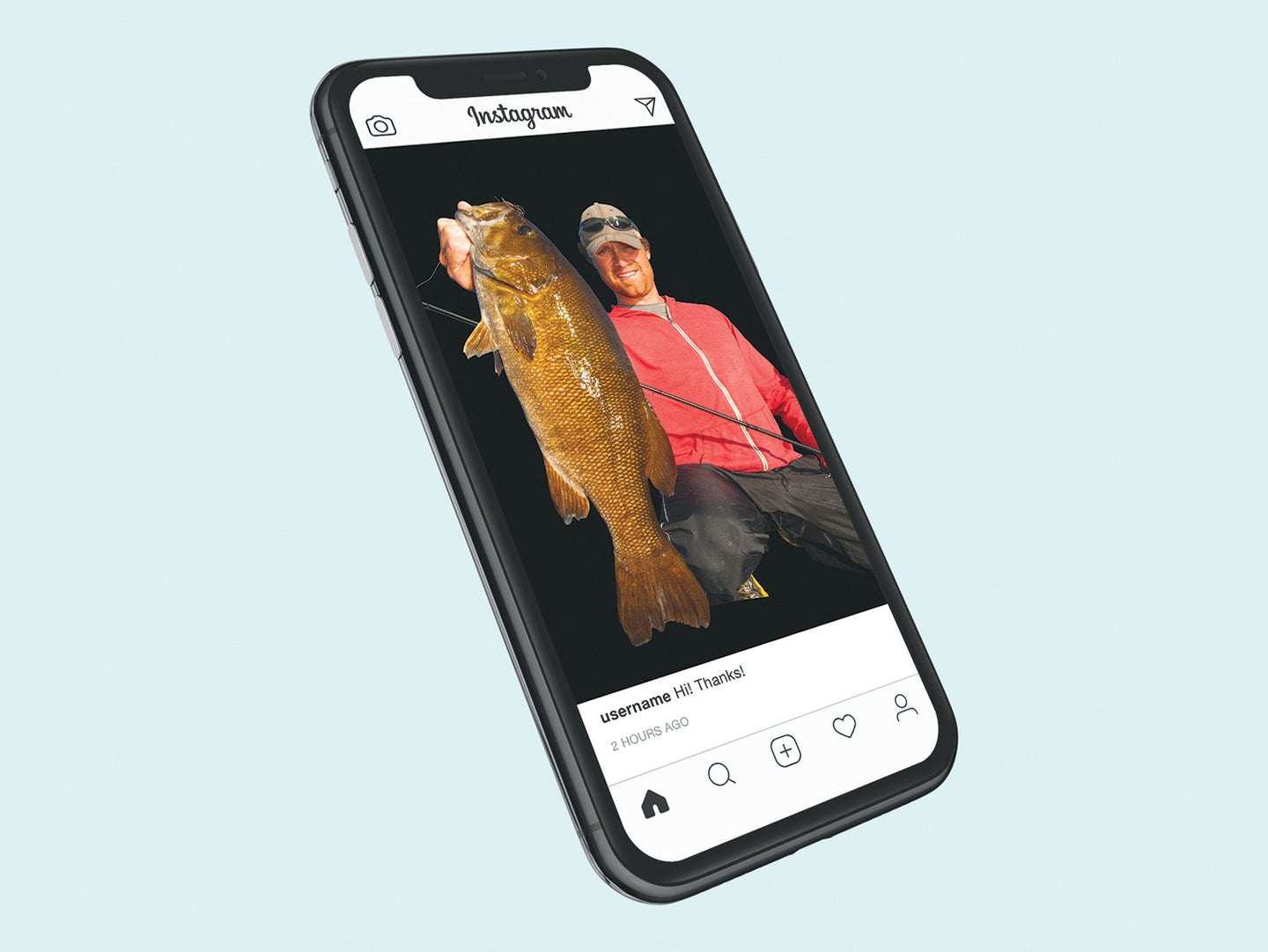 I was a Facebook holdout. It existed when I was in college (class of ’05), though barely, and despite my pals being glued to it, I had no interest. I didn’t throw myself into the black hole of social media until 2009, a leap practically forced on everyone in the fishing industry because there was no denying it was the wave of the communication future. So I embraced it, and because of social media, I’ve met a lot of great people, made new friends, and learned a lot about new fisheries. For all the good that has come from social media, of course, the list of things I can’t stand about it grows daily. Spend enough time scrolling through feeds and patterns emerge among people, anglers especially. The four types of social media fishermen outlined below are the ones that particularly get me SMH or ROTFLMAO as I wonder just how deep and dark this black hole really goes. The only people exempt from these social transgressions are those who legitimately make a living in the fishing industry. I’m talking about guides, commercial fly-tiers, outfitters, and the like. If you’re not one of those people but you fit one of these bills, well, sorry not sorry.

Social media was invented so you could share whatever dumb thing your not-cute cat did within seconds of it doing it. I would likely unfriend you for too many cat posts because cats are soulless and scare me, but I love seeing what my friends are catching. The thing is, in keeping with the here-and-now crux of social media, you should post your heart out while you’re fishing, or within a day or two of the trip. That’s what most people—myself included—tend to do. But not the trip extender. He shoots 3,002 photos during an outing, many of the same fish from different angles. Instead of choosing the best shots, posting a few right away, and calling it done, the trip extender loads every photo into a digital IV bag and feeds them to us like a slow Valium drip for weeks. Heaven help us if a really noteworthy fish was caught, because we’ll see that one five times at least with fresh captions like: “Still can’t get over that smash [insert fire and hear-no-evil monkey emojis here]!” I firmly believe that the true intention of every trip extender is to simply make it seem like he’s on the water when he’s not. It’s OK that you didn’t fish this week, bro. Post a cat picture like everyone else.

Pretty much every angler has some yearly happening within his local fisheries that he anticipates with great excitement. For my purposes, I’ll use river-run striped bass. Every spring, stripers shoot up the Delaware just down the street from my house. By the book, they show up in mid-April, though myriad factors can make their arrival earlier or later. Regardless, come mid-March, us river rats get twitchy. We start wondering if we should give it a shot. Perhaps they’re early, and I’ll be the first to hit one. Then, just when your cabin fever is peaking, you scroll through Facebook, and there’s a photo of a local yokel mugging it up with a river bass. You get excited. Then you read the fine print: “It’s almost time,” or simply, “Soon [insert smiley face with sunglasses emoji here].” First, you’re a jerk for posting an old photo, especially if it’s one you held from a previous season. This is acceptable only on Throwback Thursday. Second, you’re a bigger jerk for doing this during that critical time when things are close to popping off. Third, don’t act like your goal wasn’t to make people think you were already out there, because it was, even though you’ll never admit it. This infraction only ensures that I will never again assume any of your fish shots are current.

I love tying flies, and I love seeing what cool flies my friends are concocting. But flies, in my opinion, need to be posted sparingly and with purpose. I usually share a fly only when it’s one I’m particularly proud of or want opinions about, or to serve as a little teaser for an upcoming trip it will be joining me on. I think this is the formula most tiers follow. Then there are the guys who post every…single…fly…they…tie. We get it, OK? You hit the vise hard, man. You’re filling boxes. That’s great, but your Copper John looks like every other Copper John ever tied. Nymphs, dare I say, are boring enough to fish, let alone stare at on a cellphone while you’re going to the bathroom. I can actually take my oversharing-of-flies pet peeve a step further and challenge the folks who do this to post some follow-up. I see hundreds of mice, ducklings, shrimp, and experimental streamers on Facebook and Instagram. Many of them are interesting and eye-catching, but hardly ever do I see a later shot of any of them hanging out of a fish’s mouth. I can post a thousand pictures of the time machine I’m building in my garage, but until I produce a photo of me high-fiving Abe Lincoln, it’s just a 1986 Huffy with a microwave oven welded to the handlebars.

Unless you live in a remote part of the country, social media combined with population density has pretty much ensured that there’s no such thing as a secret spot anymore. Yet every day, I see countless grip-and-grin shots with the backgrounds blacked out or blurred. If you ask me, all this does is trash a nice photo and let me know you’re an angler who is completely full of himself. You’re convinced that other anglers follow you so intently that if you show that background (which is obviously at a recognizable spot, which means you didn’t find anything secret), 100 people will show up there tomorrow. The vast majority of the time, they won’t, and the ones that do knew about the spot already. I understand the need for being low-key sometimes, but I also understand that it’s really not that difficult to take a fish photo without the background. Stand on a log or rock or bucket and shoot down. Move around. Shift the whole boat. Just take a close-up. The ironic part is that on a local level, in most cases, a blurred or blacked-out photo actually helps me figure out where you are. If you’re local and I’m local, I probably know based on the species and season which locations are worth the blur. If I’m not local to you, then I’m zero threat to your “secret” spot. If it’s absolutely impossible to get a ­background-​free shot, here’s an idea: Don’t post the photo. Keep that one for yourself. Despite our societal beliefs, I promise it did still happen even though you didn’t share it.

Read Next: Dating App Blunder Leads to Identification of a Poacher

I’ve been a huge fan of Spyderco knives for more than a decade, so when I found out they were teaming up with Abel to produce a series of fish-themed blades, I was giddy. At $495, these works of art aren’t cheap, but each handle is hand-painted, which means no two patterns will ever be exactly alike. The knife model is Spy­derco’s popular Native 5, and it features a blade made of LC200N steel, which the company claims is aerospace-grade and ­ultra-​corrosion-​resistant. These knives are currently available in brown trout, rainbow trout, and bonefish finishes