Morakniv of Sweden has been around since 1891 and seemingly since 1892 knife nerds on the Internet have been begging... 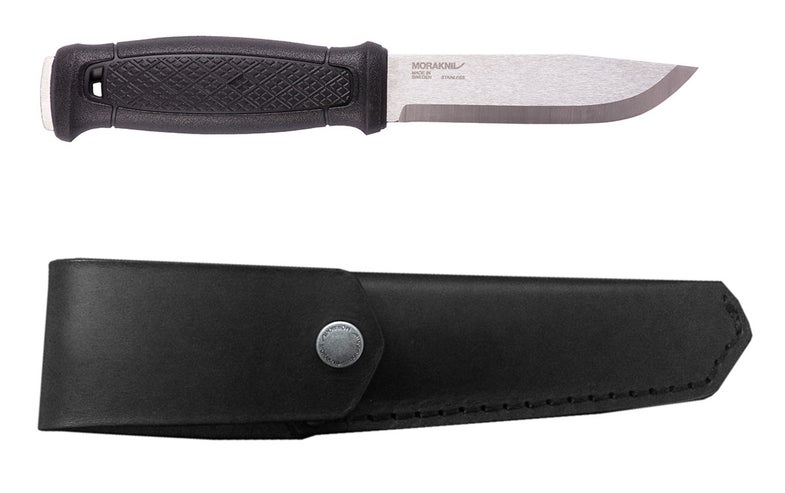 Morakniv of Sweden has been around since 1891 and seemingly since 1892 knife nerds on the Internet have been begging for a full-tang design. The Garberg, named for a Swedish town not far from Mora, is the company’s first full-tang blade, which protrudes from the end of the polyamide plastic handle for batoning, hammering, or cracking pistachios while posting angry comments on Facebook.

The 4.25-inch stainless Sandvik 14C28N is tempered to a Rockwell hardness of 58, and the spine edge is ground sharp, so it throws very good sparks with a fire-starter. The thick 3.2mm blade is a scandi ground with a micro bevel and comes out of the box sharp, but it’s in need of some touch-up work to actually shave. It weighs 9.6 ounces–heavy for a Morakniv–and expensive for one, too, at $89 with the “multi-mount” sheath or $99 for leather.

This is the knife the bushcraft warriors of the Internet demanded, and this is the knife they got. And it’s a very good one at that. It deserves a home on the belt of even the less opinionated outdoorsman, you know, the kind that actually go outside. Buy it here.