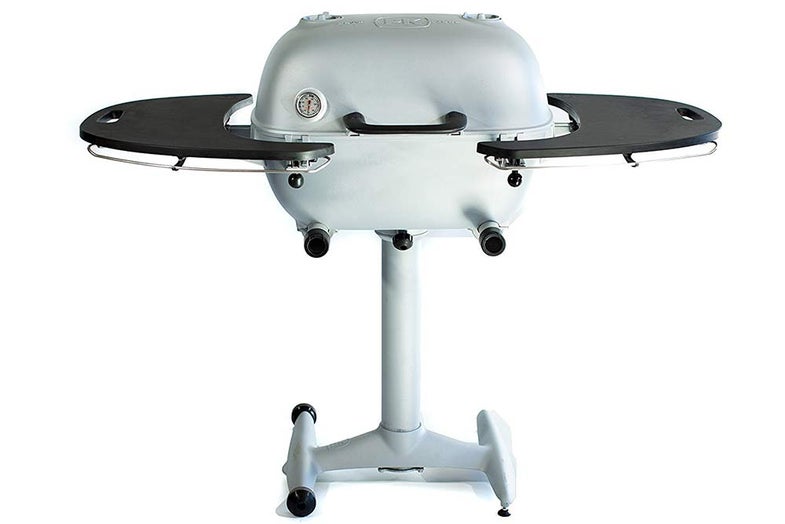 Throw away your gas grill. Real chefs don’t use them, and neither should you if you want the best grilled and smoked game. Instead, go all-in on charcoal and wood with one of the hottest outdoor-cooking setups money can buy, the PK Grills PK360. If Steve Jobs and Texas BBQ guru Aaron Franklin could design a grill together, this would be it.

The PK360 is cast aluminum doesn’t rust, and a has four times the heat conductivity of steel, which means it heats up fast and evenly. The grill’s four vents make dialing in the perfect temperature much easier than any of the thin-steel UFO-looking grills I’ve used in the past. And all that air control makes setting up a cold zone on one side and a sear-side on the other easy, as I did for these Axis deer steaks.

If you’re from the South and your grandparents were outdoor-cooking nerds, they were probably running the original PK Grill and Smoker. The rebooted PK360 has the same aesthetic: a certain kind of retro-futuristic, like Rosy from the Jetson’s. But the PK360 performs way better. At over $800, street price, it’s an investment. But it’s an investment in meat, and meat is important. Besides, you won’t be disappointed.