Weatherby is making a big change 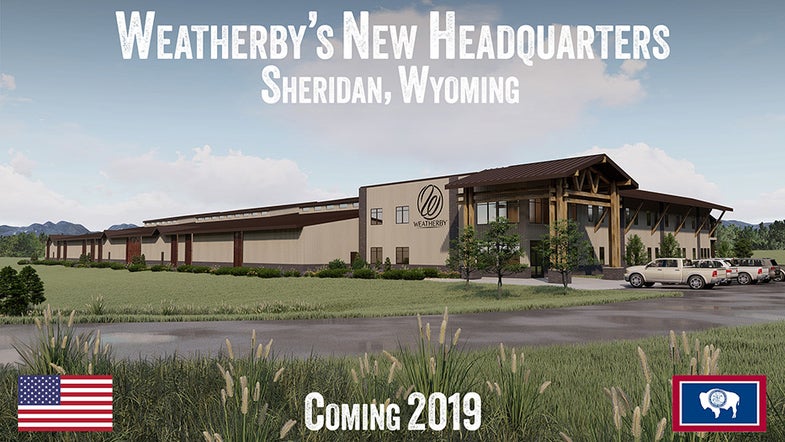 Someone—maybe it was Dr. Hunter S. Thompson—theorized that America is tilted, so all the craziness slides west and ends up in California. Even if this is not so, the Golden State has much to offer: fires, heat waves, drought, mudslides and, of course, the Big One. It also has lieutenant governor Gavin Newsom, an insufferably smug former mayor of San Francisco who takes joy in cooking up imbecile gun-control measures and ramming them through the state legislature.

It was not ever thus. California used to have a big and very active shooting community. Movie stars such as Clark Gable and Robert Stack and Gary Cooper and John Wayne and Roy Rogers hunted, and were open about it. Right in the middle of Beverly Hills was Kerr’s, which was a miniature version of the old Abercrombie & Fitch. Frank Pachmayr and the Pachmayr family ran a first-rate custom gunsmith shop in Los Angeles, and turned out ornate German-style custom guns. If you shot, it was a great place to be.

Foremost among all this was Roy Weatherby. California and its culture informed the man and his rifles. Weatherbys had flash and glamor and looks that you could mistake for nothing else. In the heyday of big-game hunting, a Weatherby was the most glamorous of rifles.

But nothing stays the same. Now, movie stars who own guns (with a very few exceptions) keep very quiet about it. Kerr’s is long gone. If you hunt for trophies, you had best be discreet lest your home be picketed and your children threatened.

But Weatherby is very much alive. Roy Weatherby got as much of a kick out of selling one of his rifles to a hunter who had saved for it for years as he did from selling one to John Wayne. He was a gun nut down to the bottom of his soul. He once told me: “I wanted to build something special. I wanted to make something beautiful that people would take pride in.”

He passed that on to his son Ed, and the company is now run by Ed’s son Adam.

But Weatherby is leaving California. It was announced at the SHOT Show that the company will move, lock, stock, and barrel, to Sheridan, Wyo. For a firm whose stock in trade is big-game hunting, there could be no finer choice.

Why remain in a state whose officials hold your industry in contempt and try to legislate you out of business? As the line in the old song says, “If you don’t think I’m leavin’, just you count the days I’m gone.”

Let us wish Weatherby Inc. much success in their new home.