Study: Just Over Half of Great Plains Grasslands Remain

Development could pose a significant threat to native birds 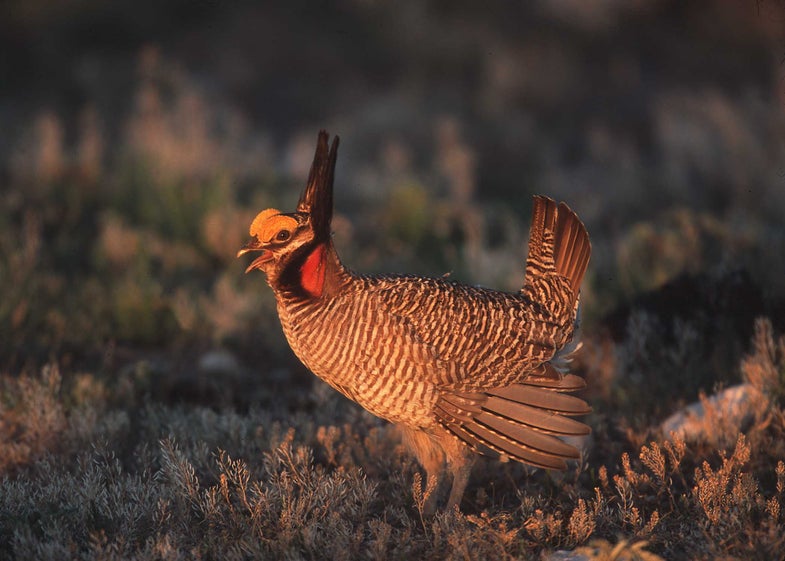 The lesser prairie chicken is one of several species of ground-nesting birds threatened by the conversion of grasslands to crops.. U.S. Department of Agriculture/Flickr
SHARE

According to a new report, in 2014, the Great Plains lost more natural habitat to agriculture than the Brazilian Amazon lost to deforestation. Per the Washington Post, the report, which is based on data from the USDA National Agricultural Statistics Service and the Agriculture and Agri-Food Canada Annual Crop Inventory, asserts that continued agricultural growth could pose a threat to pollinating insects and grassland birds.

The data shows that 3.7 million acres of grassland were converted to cropland in 2014 alone. The report also notes that roughly 366 million acres, just over half the total area of the Great Plains, remain grassland.

“Those areas can really provide vital services to our nation’s people and wildlife,” Tyler Lark, a Ph. D. candidate at the University of Wisconsin-Madison’s Center for Sustainability and the Global Environment, told the Post. Lark, who is unaffiliated with the report but has published work on the topic, also noted that the conversion of grassland to farmland “has big impacts on water and climate and other ecosystem services.”

Ground-nesting birds are particularly at risk from the loss of nesting and ground cover. The lesser prairie chicken, for one, needs unbroken tracts of intact prairie land to survive, as the Great Plains Landscape Conservation Cooperative points out. Females require nesting sites with 12 to 15 inches of grass covering at least 50 percent of the surrounding area, and they benefit from the presence of shrubs for additional protection. The increased development grassland to farmland

Though there are federal programs in place to help protect the natural landscape and conservation organizations that work to protect the habitat through easements and land purchases, there are concerns that the programs will not be able to keep up with the grassland conversion rate, the Post reports. A suggested solution is the promotion of sustainably-raised livestock, which could potentially slow the conversion to farmland, since it does not require the land to be plowed.