A Mess of Gun Parts Without a Home

Do you label every part you take off your gun or does it all get lost in the abyss with everything else? 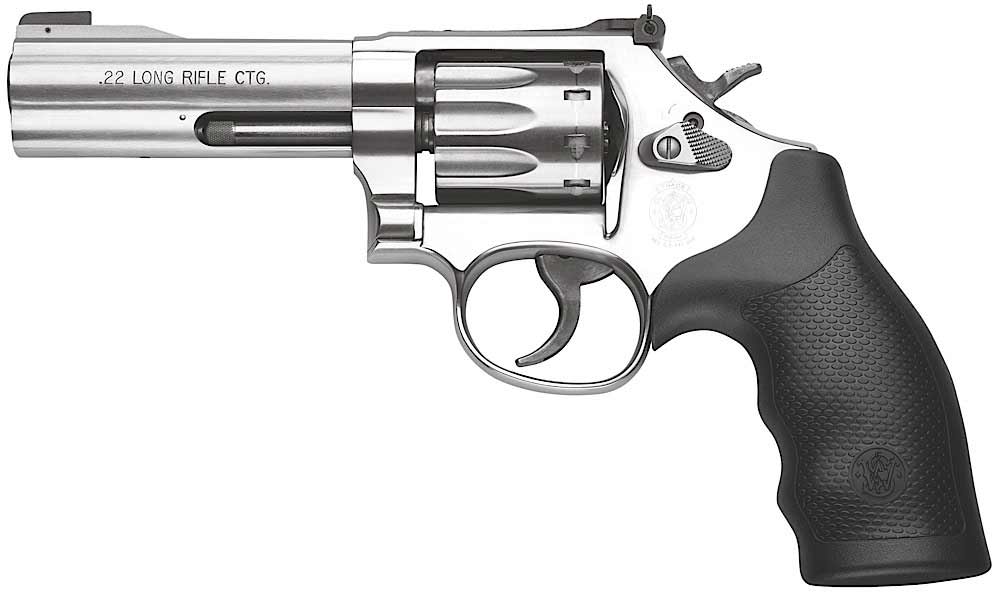 Fiddling with firearms is a uniquely American pastime. In other countries guns are regarded as sacrosanct, and you don’t mess with what came from the factory. The popularity of Powerful Assault Rifles is due, in large part, to how easy they make it to mix and match parts.

But there’s a pitfall here: The parts start to multiply.

I recently bought a Smith & Wesson Model 617 .22 revolver, as nifty a Prepper gun as you could want, but factory-equipped with target sights. What was Smith & Wesson thinking? Aim with them, and unless you have the eyes of a bateleur eagle and the sun is right behind you, all you see is a black blob.

So I replaced the rear sight with a white-outline version and had a gunsmith replace the front sight with an orange fiber-optic. Now I can aim under any conditions, but I find myself the keeper of not only the original rear notch and front Patridge, but the red and yellow fiber optic sights I ordered in case I didn’t like the orange.

Then there are screws. I have scores and scores of screws. I have no idea what they belong to. There are great big bedding screws and infinitesimal screws that probably come from scopes, and every one of them is a mystery.

When I got my second Powerful Assault Rifle I went through three vertical front grips before I found a good one, and the other three are still sitting in a box somewhere.

My SIG 716 DMR came with excellent auxiliary iron sights, but what it wears for business, which is competing in AR matches, is a scope, and the iron sights are sitting in a box as well.

Last summer I decided that it would be a good idea to replace the flash hiders on my Ruger Gunsite Scout Rifles with muzzle caps, and so I did, and found it was a very bad idea, and the caps are now reposing in silence somewhere.

Early in my relationship with my .416 I found that it threw the front sight hood far enough so that I couldn’t find it, and I wasn’t fond of the brass bead that the hood covered, so I replaced the bead with a fiber-optic sight and got a window hood from New England Custom Gun Works. The window hood has big slots cut in it and lets in enough light so that you don’t have to remove it when you use the iron sights. I got a couple of spare hoods just in case.

Then I discovered that the window hood does not go flying off the ramp. When I bashed the window hood against a tree in Zimbabwe, I was able to bend it back into shape, and instead of replacing it with one of the spares I left it, because it looks cool.

Read Next: The Life, Death, and Rebirth of the .375 Weatherby

I’ve made progress on only one front. About the only mounts I use these days are Picatinny-style bases and rings, and I found myself with a boxful of other rings and bases. I gave them to a gunsmith.

It’s important to realize that none of the stuff you replace and keep, or the spares you buy, will ever be used. Life doesn’t work that way. And unless you go to the trouble of putting every last item in an envelope and labeling it, you’ll forget what it’s for. I keep meaning to do this, but then I keep meaning to increase my German vocabulary. Neither is about to happen.

But what the hell, it’s fun, and we’re here to have fun, right?