Today’s fight features a couple of rifles that have undergone makeovers with new stocks. One is a surplus rifle; the... 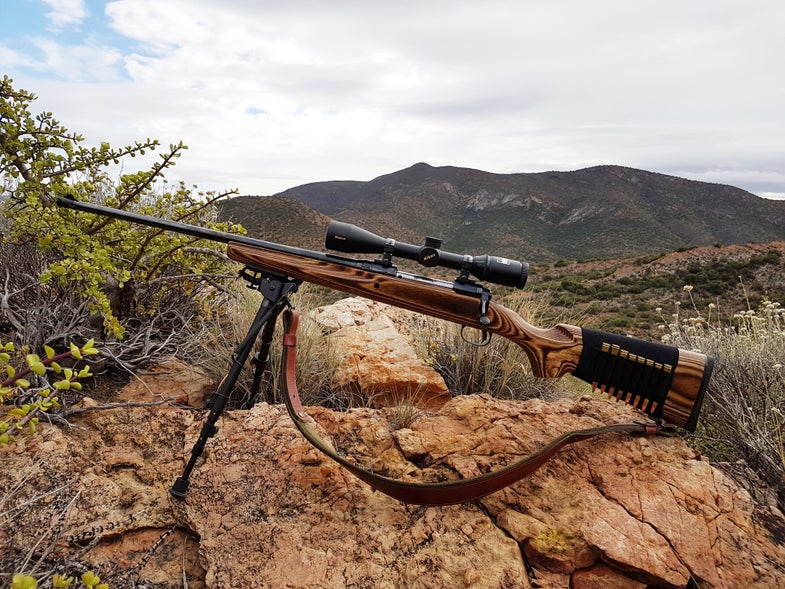 "This year it turned a kudu, a blue wildebeest, four springbok, and an impala into biltong.". Reader Submitted
SHARE

Today’s fight features a couple of rifles that have undergone makeovers with new stocks. One is a surplus rifle; the other is old, in that it’s appeared in Gunfight Friday before, with a dowdy factory stock. But now it’s back, all dressed up in laminate.

Both of today’s rifles are chambered for venerable service cartridges that have long lives in and out of the military. The 6.5x55mm dates to 1894, when it was introduced by a joint Swedish–Norwegian military commission for both countries. It had a long service life, and it still accounts for many Scandinavian moose each year. It is a mild-mannered and deadly cartridge to which Dave devoted a two-part blog post. The .30-06 came along a few years later, in 1906, and has killed almost everything on the planet.

Greetings from South Africa again. This is my Savage 111 in .30-06. You have featured it before, but it wore a Tupperware stock at the time. I have since fitted it with a Boyd’s laminate, as well as a steel trigger guard from Brownells. That’s not enough to make it a “nice machine,” but it’s a huge improvement methinks. This picture was taken on a kudu hunt in the Eastern Cape earlier this year. I’m still feeding it 130 grain Barnes TSX. This year it turned a kudu, a blue wildebeest, four springbok, and an impala into biltong.

I bought this Husqvarna made 6.5 Swedish Mauser a decade ago because it was different from other rifles I owned. I had the bolt handle scalped, and the receiver drilled and tapped to mount a scope. Then, I ordered a composite stock and had to do some manual inletting to get the action to fit correctly. All in, I have less than $400 invested. The rifle shoots well, printing less than an inch and a half with three-shot groups, and it kicks like a pellet gun. I have included the original military stock in the picture.

There are your choices. Vote and comment below. My only comments are: this particular Mauser looks like the M/1938 Short Rifle, but I’ll defer to anyone who says otherwise, and Stephan must really like biltong, because that’s seven critters worth of the stuff.

Thanks to you two and everyone who sent in pictures (I hope you’re not all done yet) to give Gunfight Friday a much-needed boost. We’ll always take more at fsgunnuts@gmail.com.