Today’s rifles both date to 2006, when they commemorated important anniversaries in the world of firearms. One rifle is a... 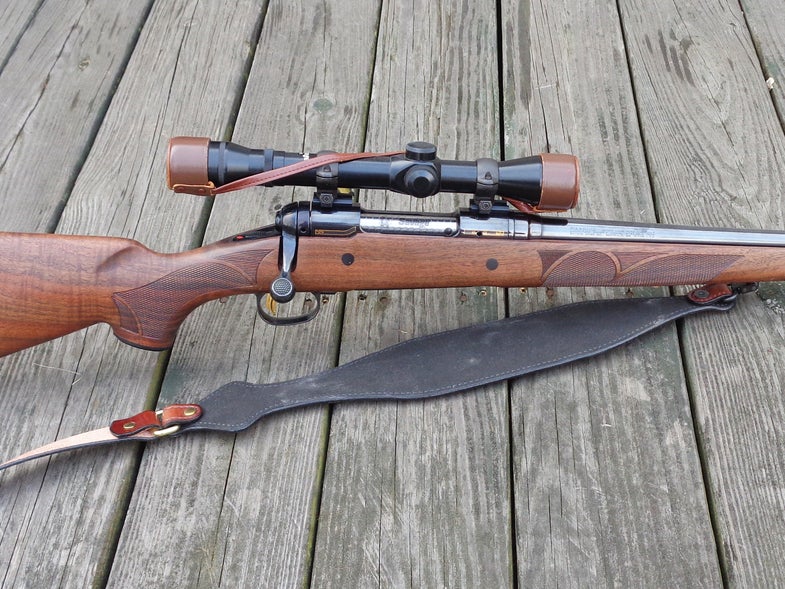 This my 50th-anniversary Savage Model 10 in .300 Savage. It’s a limited-edition 1-of-1,000 rifle, and features beautiful wood, custom checkering, lots of gold lettering/emblems, and a gold Accu-trigger. I mounted on it an older Savage-Suwa 4×33 scope I found online that came with the retro leather covers and plain-wire crosshairs. I added a leather Savage-logo carry strap to complete the outfit. The rifle is a great performer—accurate, light kick, not too loud, and it packs a good punch. I think the best feature was the advice I received from the owner of our local gun shop. I asked whether he would recommend putting the rifle up as an investment or taking it out hunting. His answer should be on t-shirts or bumper stickers: “Life is short—shoot the gun.” I did take the gun out that fall and killed my best 8-point buck to date.

This is my Ruger M77 Mark 2 in .30-06. I bought this new in 2006, when all .30-06-caliber firearms were on special in honor of the 100th anniversary of the cartridge. It is topped with a 3x9x40 Nikon Prostaff scope. It is my go-to rifle for big-game hunting, and has accounted for my best deer. To me, it’s the epitome of a classic rifle in a classic caliber.

There are your choices: Ruger vs. Savage; .300 Savage vs. .30-06. Vote and comment below, and keep the gun photos coming to fsgunnuts@gmail.com.