What’s not to love about this week’s gunfight? Two classics of post-war vintage square off: one has been extensively customized... 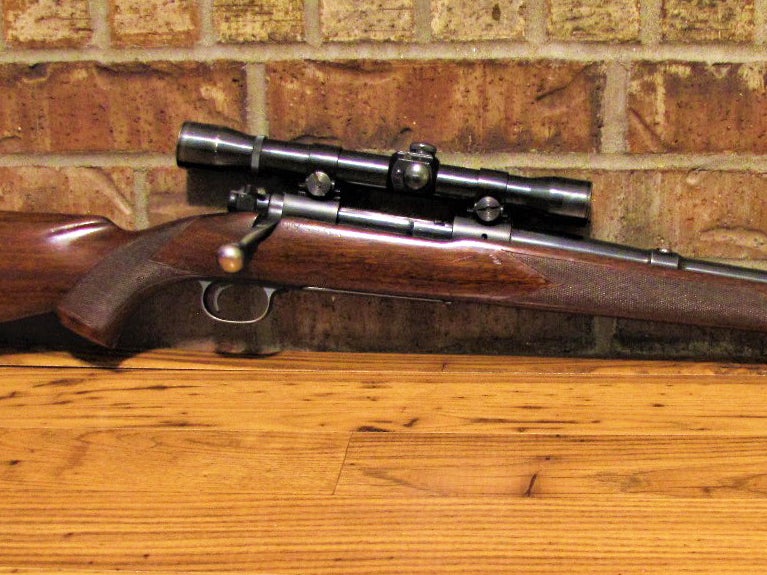 What’s not to love about this week’s gunfight? Two classics of post-war vintage square off: one has been extensively customized and gets hunted frequently, while the other has been practically buried in a time capsule for 50 years. The rifles are in the same weight class, too. One is a .270; the other, a 7x57mm Mauser.

The .270 and 7×57 are both versatile and mild-mannered cartridges. The .270 is, of course, the pet caliber of Outdoor Life‘s Jack O’Connor, who took all manner of animals with it. O’Connor’s wife, Eleanor, favored the 7×57 and shot a fairly big pile of game with it over the years herself.

This is a Winchester Model 70 manufactured in 1948. It was originally purchased by my great uncle, a WWI medic who later became a medical doctor. Chambered in .270 and topped with a Weaver 4x scope, he took it to Wyoming frequently to hunt antelope and mule deer. He died in 1967, and my dad’s oldest brother wound up with it. He never hunted with it, so the gun hasn’t been fired in close to 50 years. The bore is beautiful, and, after giving it a good cleaning, I’m taking it to the range soon. My plan is to take it whitetail hunting this fall as is, unless the scope won’t hold zero. I’m looking forward to it.

This is a customized Chilean Mauser in 7×57 Mauser. The stock is a beautiful custom walnut with a rollover Monte Carlo cheekpiece and the bolt has been jeweled, something very popular with sporterized rifles in the 40s and 50s. The barrel is the original stepped-up military issue with a mirror bright bore. It has a Lyman aperture rear sight and a fiber-optic front sight, and from a rest, it will print a 4-inch group at 100 yards. It’s a really fast rifle in terms of close-range target acquisition, and it’s perfect for hunting in the heavy vegetation of the jungle. I have taken at least a dozen wild hogs on the Big Island with it so far.

You can’t go wrong with either one. Pick one, vote for it, comment about it, and keep the gun photos coming to fsgunnuts@gmail.com.

Which gun do you prefer?
Rifles