We’ve got two deer rifles today, both chambered in spinoffs of the .308 Winchester. One is a .243, introduced in... 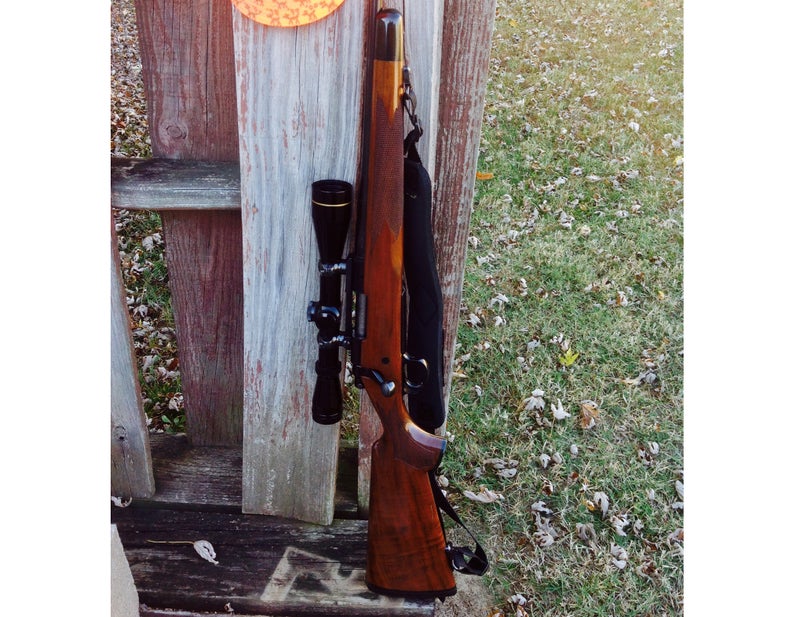 We’ve got two deer rifles today, both chambered in spinoffs of the .308 Winchester. One is a .243, introduced in the 50s. The .243 was once considered the absolute lightest deer caliber; “Is the .243 enough for deer?” was a gun magazine staple in the day. Now, people write the same thing about the .223, meaning, I guess, that no one picks on the .243 as much anymore. The other rifle is in 7mm-08, which became a factory caliber around 1980 and is a favorite of many who appreciate its flat-shooting, mild-recoiling ways.

The rifles are a pair of nicely wood-stocked, traditional-looking guns, one a bolt-action, the other a single-shot.

I was thinking, if you don’t have big bucks on their property and have only got minimal acreage to hunt, how do you have fun shooting “regular deer”? Simple: you shoot a cool rifle. This Ruger Number 1 International shoots well and it’s goofy enough that it qualifies as kinda cool. It’s also paid for. I bought it to rebarrel to .35 Remington until my home state of Indiana changed its regulations, so I use it as is. It shoots cloverleaf groups at 80 yards with 100 grain Winchester SP. It has an old M8 4X atop and a Bucheimer sling. It also has the most boring wood I have ever seen on a Number 1, which is probably why the price was good, but it also means I’m not afraid to hunt it hard and put some dings in it. Okay, so the deer isn’t anything special, the rifle is, maybe, but by golly the picture did come out halfway decent!

This is my Model 700 Mountain Rifle in 7mm-08. I bought it in 1990, and it has taken deer (mulies and whitetail) and antelope pictured on my hat, plus a dozen others from ’90 to ’94( the hat shows my antelope from ’95 to now). It’s also the rifle that my kids, a couple of nephews and my sister all used for their first deer. The jeweling is gone and the muzzle and bolt handle are worn gray, but I just seem to pick it up every year even though I have other rifles. For the first 20 years, it wore a fixed 4x Leupold, but my wife bought me a Vx2 3×9 for Christmas when the new models came out so I made the switch. I may try a new rifle this fall, but as with all my outdoor gear, it’s hard to break loyalty. I trust my rifle, my scope, and the 7mm-08.

There are your choices: a single-shot .243 that’s a little bit of an oddball or a faithful 700 that’s helped two generations of Dewmans fill their freezers. Vote and comment below and keep the gun photos coming to fsgunnuts@gmail.com.