Have Good Bullets Made Magnums Irrelevant For Elk Hunting?

Elk hunters have relied on magnum cartridges since they were introduced, but modern bullets may be changing that 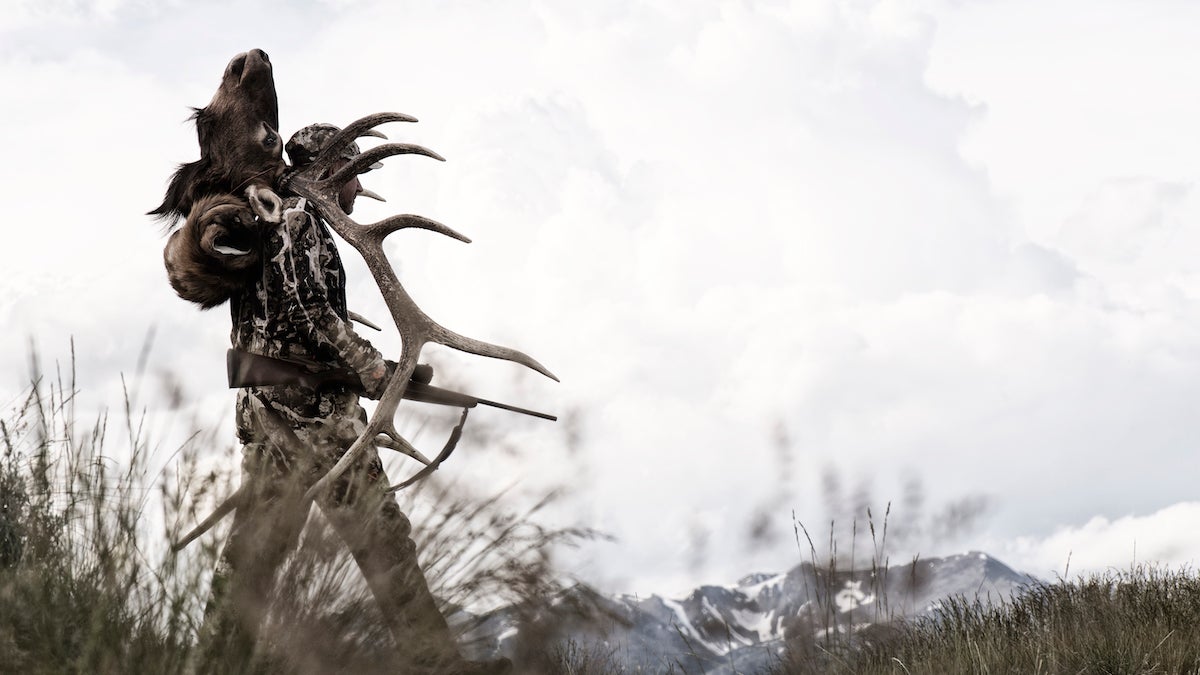 I shot my first elk in 1971 with a .340 Weatherby loaded with 250-grain Nosler Partition bullets. The critter was hit in the chest at 90 yards and went down in his tracks. The reason I used the cannon was that all smart hunters knew that elk were made of steel plate and rawhide, and were always shot at long range. Why Nosler Partitions? Because this was still the Era of Rotten Bullets (1890-1990), and the Partition was the only slug that worked all the time. As if to prove this, the friend who was with me shot a bull right next to mine with a .270, loaded with 150-grain Winchester Silvertips, which was a rotten bullet. The slug blew up on the animal’s throat, and we ended up chasing the poor creature a half-mile. He died running up a mountainside, and fell into the bottom of a narrow canyon from which it took three days to extract him.

During the ERB, conventional wisdom was that if you couldn’t afford a strong bullet you could shoot a heavy bullet and hope that mass would make up for lack of strength. And, if you were interested in hitting at long range, you had to send that big bullet fast, which meant a magnum cartridge.

Now the Era of Rotten Bullets is ended, and we have fine, strong slugs in all calibers. So the question arises, do we still need magnums to hunt elk, which after all, haven’t changed.

Most hunters turn to elk hunting after they’ve been deer hunters for a while, and receive a number of rude shocks, from which some of them never recover.

The first is size. A well-fed northern whitetail buck scales 200 pounds, and a really big one can reach 300. A mule deer goes 250, and a heavyweight mule deer weighs 50 pounds more.

On the other hand, a bull elk that has not been fornicating and fighting or has had to run from wolves as a regular thing tips the balance beam to 600, and 800 is not at all unusual. And they get bigger still. The heaviest elk I ever shot (in New Mexico, in 1977) went 1,025 pounds on a game biologist’s scale. He was so massive that he broke the winch on the pickup truck that we tried to haul him into.

Along with all this size come heavier and more massive hide and bones and bigger heart and lungs. And there is a difference in behavior. Most deer, if shot either non-fatally, or fatally but not right away, will run a short distance and hide, usually within 100 yards of where they were hit. Elk, under the same circumstances, will run, and run, and run. Hiding is not in their game plan. This means that if you persist, you’ll probably find your deer. But an elk can put enough distance between you and him that he will never be found.

And then there is distance. A diligent whitetail hunter who elects not to sit in a tree stand can cover a square mile slowly and carefully in a day and consider his duty done. But elk live in big country, and to find them, you have to travel. An elk hunter must hike for 10 miles, or ride a horse for 20 in order to cover enough ground. (He may, of course, pick a spot from which to assassinate an elk at half a mile, and lie there from dawn to dusk, ballistic programmer and anemometer at the ready, but that’s sniping, not hunting.)

How Hunting Bullets Have Changed

Bullets began their great leap forward in the early 1970s when an Idahoan named Bill Steiger began selling handmade slugs he called Bitterroot Bullets. They had soft-lead cores and thick, pure-copper jackets, and the jackets were soldered to the cores (by hand, no less). Bitterroots came in little plastic bags, ten to a bag, at astronomical prices. They were a revelation. Expansion was huge, weight retention was nearly 100 percent, and penetration was inspiring. You would not want to shoot them at Camp Perry, but who cared? A bolt of fear shot through bullet designers everywhere. Here was something much better than what they were selling. Gradually, things began to change, and now we have arrived at our present blissful state.

I am of the strong-bullet school. It’s nice if slugs expand, but they must hold together. Rotten bullets mostly failed because they shattered, or because their cores separated from their jackets. There was a further problem because manufacturers, in an effort to strengthen them, made them so strong that they’d punch right through and not expand at all. Of the modern strong bullets there are three that stand out, in addition to the Nosler Partition. The Swift bullets get their strength from very thick jackets that are bonded to their lead cores. The TSX is homogeneous, so it can’t separate.

From what I’ve observed, you could shoot all but the last three from now until the Crack of Doom and not see a bit of difference. The trio of .338s, however, strikes mighty blows that nothing can stand up to, and which the other cartridges can’t duplicate.

In New Zealand, I shot a red stag—a smallish elk—with a .338 and he went down with such violence that my guide said, “My god, it looked like someone yanked the earth out from under him.”

On the same hunt I met a fellow who had taken a .340 to Africa, and said that his trackers named it “boomplop”—the roar of the rifle was followed, as a single sound, by the thump of the animal hitting the ground. Things like this don’t happen with, say, a 6.5 Creedmoor.

But remember that all this power comes at the price of a heavy rifle and lots of kick. So, can lesser cartridges put an elk on your den wall? Yes indeed. And is there a lower limit to the amount of power you need? Yes. And of these “lesser” rounds, what’s my choice? We will find out.

The late Finn Aagaard, who was a PH in Kenya and later came to the United States and did a ton of hunting here, had more experience on big game than any of us can dream of, and was a man of eminent common sense. He wrote, in 1983, that he would not trust any bullet of less than 160 grains for elk and moose. In that year we were still in the Era of Rotten Bullets, and I think if he were around today he would accept a little less weight. I’ve shot elk with 140-grain Winchester Fail-Safes (a terrific bullet, but very expensive to produce, and now discontinued) and 150-grain Swift A-Frames, and 140-grain Partitions in the 6.5/284, and they all did just fine.

The bottom end of the elk-cartridge list is the 6.5mm—whichever one you desire. The .25 calibers are marginal, and I would not, under any circumstances, hunt with a 6mm or a .22 centerfire.

I think today, the best choice for elk is the .30/06. It can be used in a rifle that weighs 8 pounds instead of 10. It’s better than the .300 Winchester and Weatherby magnums because it kicks a lot less, and I’ve never seen any evidence that the magnum .30s are any more effective than an ‘06, even though the 1,000-yard heroes may love them.

The 180- and 200-grain bullets with which the ‘06 does its best work are plenty big enough for the job and the 200-grain bullet is, I believe, a sleeper. Few people have any idea how good it is because the ammo makers have never pushed it. (I can hand load 200-grain Swift A-Frames to 2,650 fps in my ’06, and there is very little on this earth that I would not take on with them.)

Read Next: The 10 Best Elk Rifles for Every Budget

So the answer is, for elk at least, the good bullet revolution has made the magnums null and void. There’s no compelling reason to use one anymore. If you don’t mind the weight and the recoil, use a .338 of one kind or another, and rest assured that if you shoot good, your animal will go down right away. Aside from this, why take the beating?

Let us close with Mr. Aagaard: “Good shooting is 90 percent of killing power…Study energy figures and use them to clinch campfire arguments if you will…and by all means choose a cartridge of adequate power. But if you want clean kills, practice your shooting. Nothing enhances killing power like placing that bullet in the right spot.”