Honor at the Boston Marathon 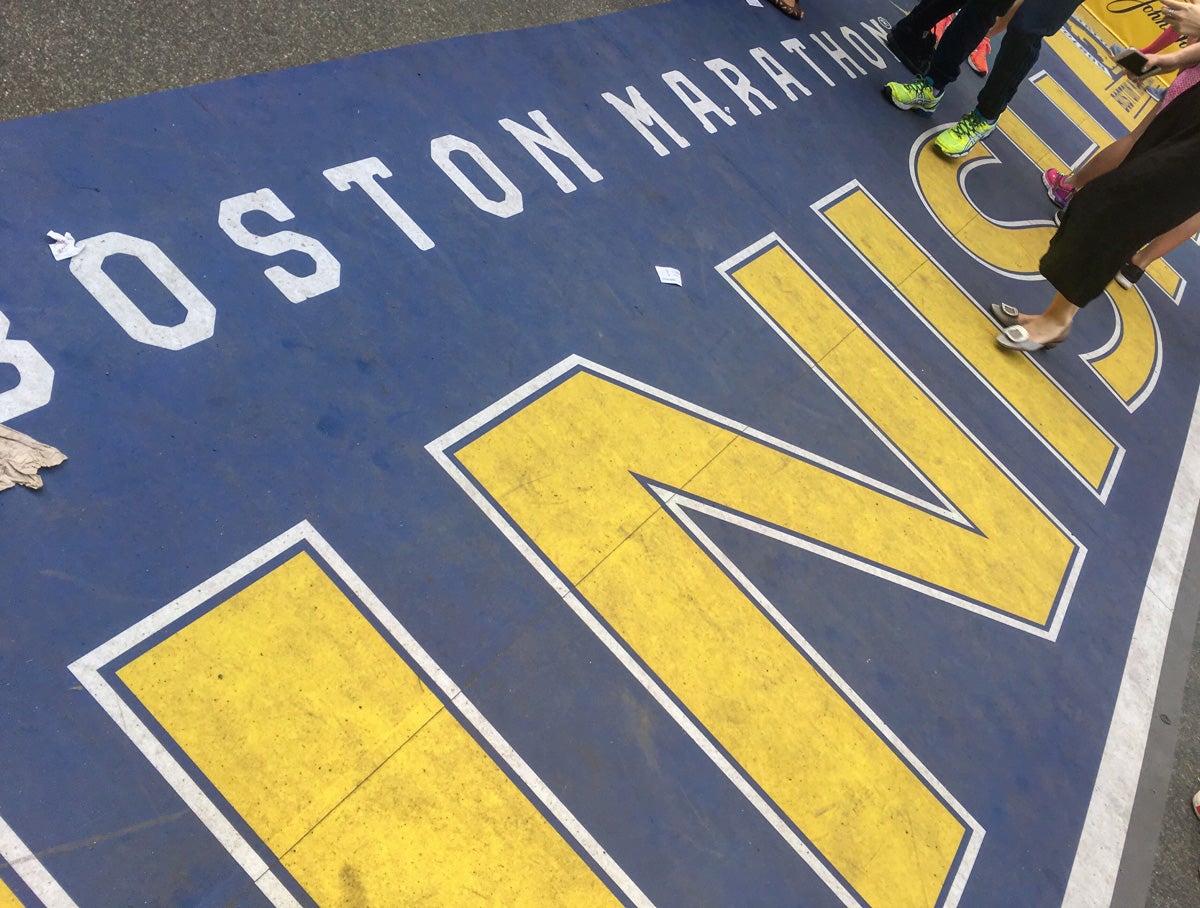 Survivor’s guilt haunts Micah Herndon, widely hailed for a viral video (below) showing him crawling to the finish line this week at the Boston Marathon. The former Marine lost three of his best friends in a single day to IEDs when his column took part in the 2010 invasion of Marjah in Afghanistan. Every day he wonders why those men died and he lived. He knows there’ll never be an answer. Two of those men were fellow Marines, Mark Juarez and Matthew Bollard, riding in the same vehicle in which Herndon was the machine-gunner. He was knocked unconscious. They died. Another friend, Rupert Hamer, a British journalist accompanying the Marines, died the same day also from another IED.

Running the Boston Marathon in honor of his comrades, Herndon had three tiny gold plates stitched up in his laces. One hundred yards from the finish, his legs seized up and he fell to the ground.

The race wasn’t about Herndon. He was on a mission to honor his comrades. The whole race he’d been chanting their last names—Juarez, Bollard, Hamer—to spur himself on. On the ground now, he did what Marines do. He improvised, adapted, and overcame. In a video that quickly went viral across the U.S. and around the world, Micah Herndon crawled over the finish line. You watch and it goes straight through your heart like the bullet you never heard or saw coming. His love of his comrades is heroic.

There is nothing heroic about PTSD. Herndon served two tours in Iraq and Afghanistan. Imagine that a normal day for you is going out on three or more combat missions per day, your body on constant red alert to the threat of death. Imagine that the next day you’re back in the world where people think the choice between Pike Place and Verona coffee actually matters. These people have no idea. They want you to be glad you’re home, that your body is intact. They want you to get over it.

Herndon is reportedly coping with his PTSD. Millions of others still suffer silently and alone. I get his reluctance to be hailed as a hero. The guys who didn’t come back are the real heroes. They’d give anything to come back and be able to crawl on their hands and knees to a finish line. Being hailed as a hero for something any soldier would do can actually make PTSD worse.

So, Micah Herndon, please understand that in honoring you, we’re really honoring a soldier’s love to his fallen brothers and their families, and your determination that they get some fraction of the honor they deserve. That is heroic.