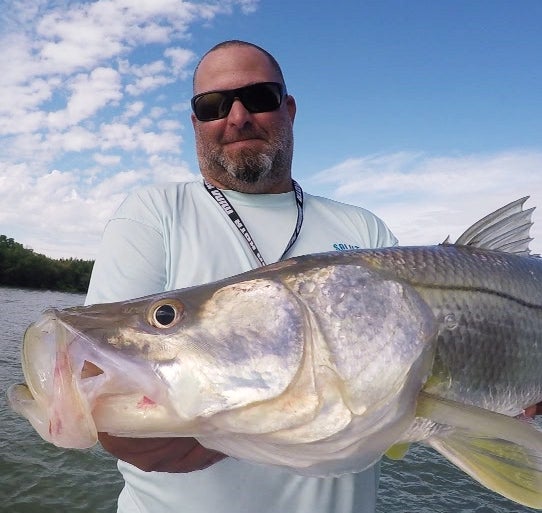 In the first half the Hook Shots East Coast Tour, host Joe Cermele and co-host Eric Kerber had hit the pavement in New Jersey, and gotten as far as South Carolina. Already, the duo had put the hurt on some monster blue catfish in the James River, and some chunky redfish in the Georgetown, SC, backwaters. If you missed Part 1 of the adventure, catch up here. With well over 600 miles remaining to the Keys where Kerber spends the winter, the boys still have plenty of ground to cover in this second installment. Along the way, they drop in on family for backyard largemouths, reunite with Hook Shots legend Zach “Hammer” Miller for a seatrout stalk on the flats, and finish up with a hunt for giant snook in the Keys with Kerber back at the helm. How do they finish out? Let’s just say while the fish gods treated them well for the entire 1,300-mile drive, they gave the crew a scare at the bitter end.