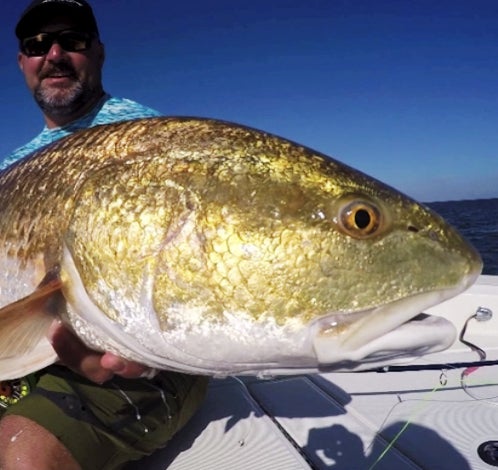 What the Mississippi Gulf Coast lacks in miles, it makes up for with a stunning variety of brute fish. And as host Joe Cermele and long-time friend Ben Romans would find out, the secret to success here is being open minded. Everyone wants the redfish. Everyone wants the speckled trout, and while some of these staples made a big showing for this crew, the name of the game was “just make ’em bend.” Thanks to guide Sonny Schindler—a life-long coastal resident—the boys not only got to chase an incredible mixed bag on fly and spinning tackle, but also got to post up on remote and desolate Cat Island. 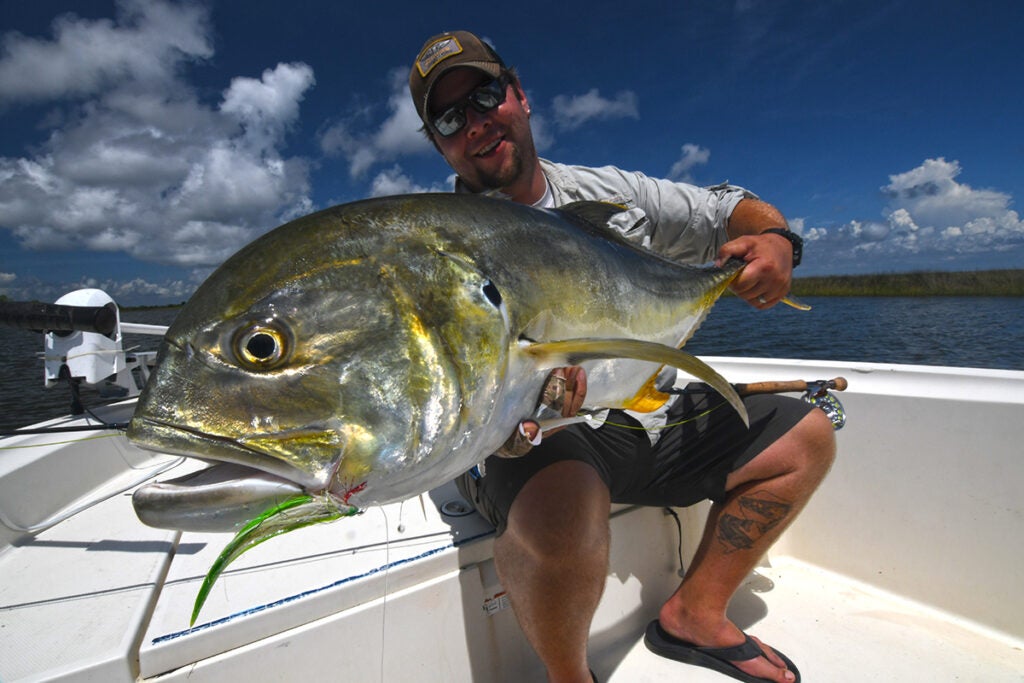 Joe with a nice jack

The Deal: With just 44 miles of coastline, it’s fair to say that Gulf-bound anglers often overlook Mississippi in favor of states like Florida, Louisiana, and Texas. That’s a huge mistake, because not only does Mississippi offer fishermen an incredible varitey of species to chase without long boat rides, opportunities abound here almost year-round with less pressre than other Gulf destinations. Big bull reds make large showings in fall and spring, though they’re available (as we learned) even in the heat of summer. During the hot months, several inshore shark species will scream a rod faster than you can blink, and for fly and light-tackle junkies, the summer run of trophy jack crevalle can be downright intense. Speckled trout? You bet. Tripletail? On almost every crab pot. As long as the conditions are in your favor during a visit, you’ll be hooked up. 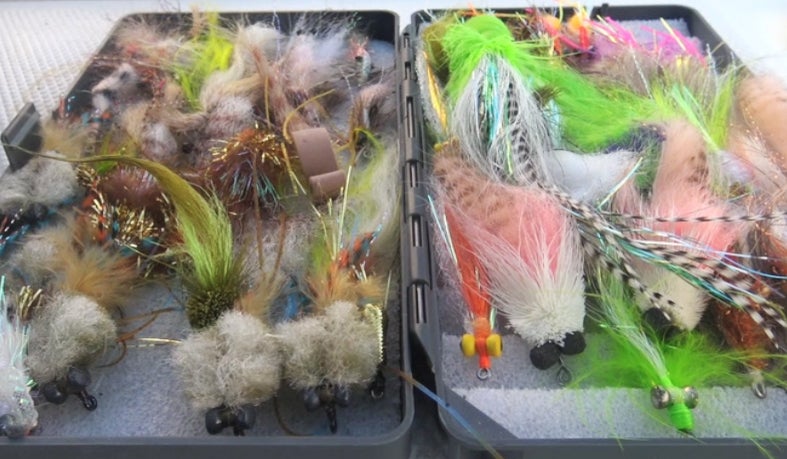 Hot flies for the Gulf Coast

What To Bring: What to bring obviously revolves around what you want to chase. But, if like us, you’re just going with the flow, you’ll want to bring a few neccessities. For the fly guy, 9- or 10-weight rods will have you covered on big reds and jacks. Just make sure you have a large arbor reel that can take some punishment. Floating lines suffice for most applications, but it’s not a bad idea to throw a clear intermediate sink-tip in your bag. Large poppers, Deceivers, Clousers, and gurglers get smashed…if you can get them in front of the fish. If specks are more your game, pack a trusty 7-weight and a few smaller shrimp flies and poppers. When guide Sonny Schindler heads out, his sled looks like a pin cushion from a distance. He carries everything from light spinning outfits, to those that feel more life a telephone pole, to cover him for everything from slot reds to 300-pound bull sharks. Braid from 20- to 80-pound fill his reels, and he makes sure he has plenty of popping corks, because they can spell the difference between an eat and a snub.

Book A Trip: You can hang out on the mainland—perhaps enjoying the BIloxi nightlife after fishing—or take up residence ia few miles across the bay on beautiful Cat Island, Whichever feels more your speed, guide Sonny Schindler and the team at Shore Thing Charters can help you with every aspect of booking your stay. They’ll pull out every stop to get you on fish. which we witnessed firsthand during our visit..