Located on the far western tip of the Florida Panhandle, Pensacola may not get the same tourist love as places... 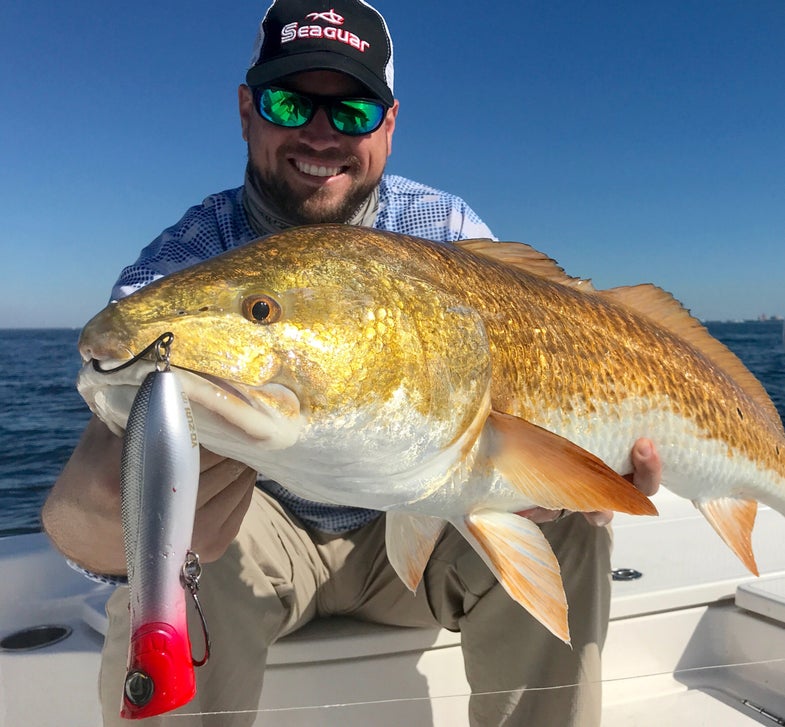 Located on the far western tip of the Florida Panhandle, Pensacola may not get the same tourist love as places like Fort Lauderdale, Tampa Bay, and the Florida Keys. Of course, the local anglers don’t mind at all. With a vibe that’s much more New Orleans than Miami, Pensacola is somewhat of a low-key hidden gem, and come November, the already great fishing in this area kicks into overdrive. Thousands of bull redfish flood into the bay system from offshore this time of year to spawn and feed, and if you’ve ever wondered where you can go to see an acre of copper bulls waking across the surface, this is it. Captain Chris Williams is a Pensacola native that his been in on the secret his entire life, and when he invited Hook Shots host Joe Cermele down for a piece of this “sleeper” action to close out the year, he gladly accepted. The draw? These bulls are so ferocious that Williams mainly throws oversized tuna poppers at them, although in essence, as he puts it, you can “throw a beer koozey at them and they’ll eat it.” While the crew didn’t go the koozey route, they connected on everything from big swimbaits, to massive poppers, to menhaden-imitating flies. It’s truly some of the most exceptional redfish footage ever seen on Hook Shots, and if you want to see it firsthand, you can book Williams at Captaincwilliams.com.