How a Moose Guide Survived Three Nights in the Canadian Wilderness 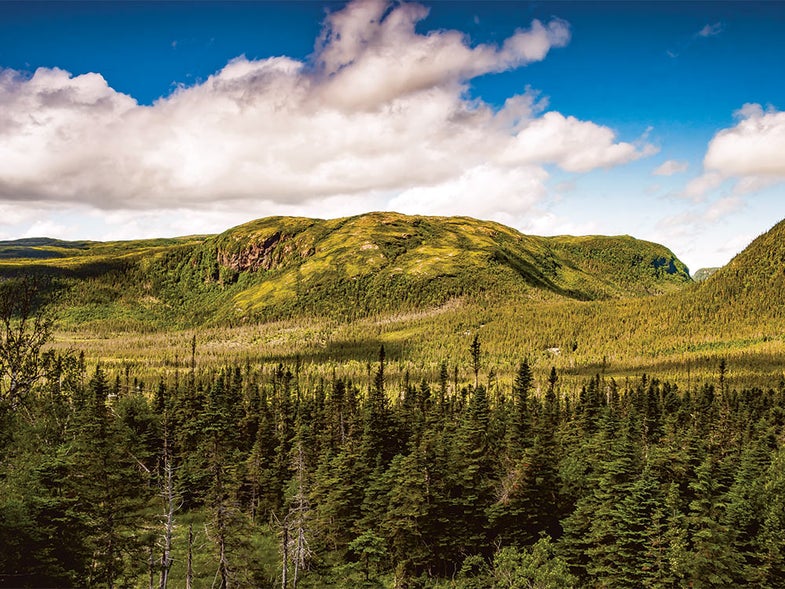 Land of the Lost: Fog made navigating difficult in the mountainous terrain of Newfoundland.. Michel Rathwell / Flicker
SHARE

Our group had seen only a few small moose that day—nothing worth shooting. It had rained steadily, and by late afternoon, I was cold and not feeling well. I told the six other guys I was with that I needed to head back to camp early. The fog was thick, though, and somehow I got turned around and took the trail away from camp instead of toward it. I trekked on, and by nightfall I had lost the path entirely. Rather than risk getting more turned around, I decided to make camp and find my way back in the morning.

Well, the next day, the fog was still heavy, but I decided to walk in the direction that I thought would lead to Little Mica Pond, where our cabins were. I had no food or water, and the weather made it hard to navigate in that mountainous country. That evening, I heard a helicopter and people calling for me, but every time I yelled back, only coyotes responded. They were following me, I was pretty sure. I caught sight of one just briefly, but it was still unnerving.

By the third day, the temperature had started to drop, and my feet were soaked. I cut off my shirt sleeves to make dry socks. Then I walked up a hill to get a sense of my location. I spotted another helicopter, but they didn’t see me waving. That night was bone cold, and I couldn’t stop wishing I were home with my family. I was losing hope. Come morning, I walked in place to regain feeling in my feet, then I hiked up a hill, in the direction where I thought the helicopter had gone. At the top, I looked down and saw something familiar—Little Mica Pond. I headed toward it, and as the cabins came into view, several people—including my boss, my brother, and my nephews—greeted me. They’d been looking for me since the evening I got lost. It felt surreal to just show up at camp again; I get emotional thinking about what could have happened. I should have known better than to hike alone without a GPS, and you can bet I’ll have one the next time I go out. I won’t put my family and friends through that again. —As told to Hunter Frint