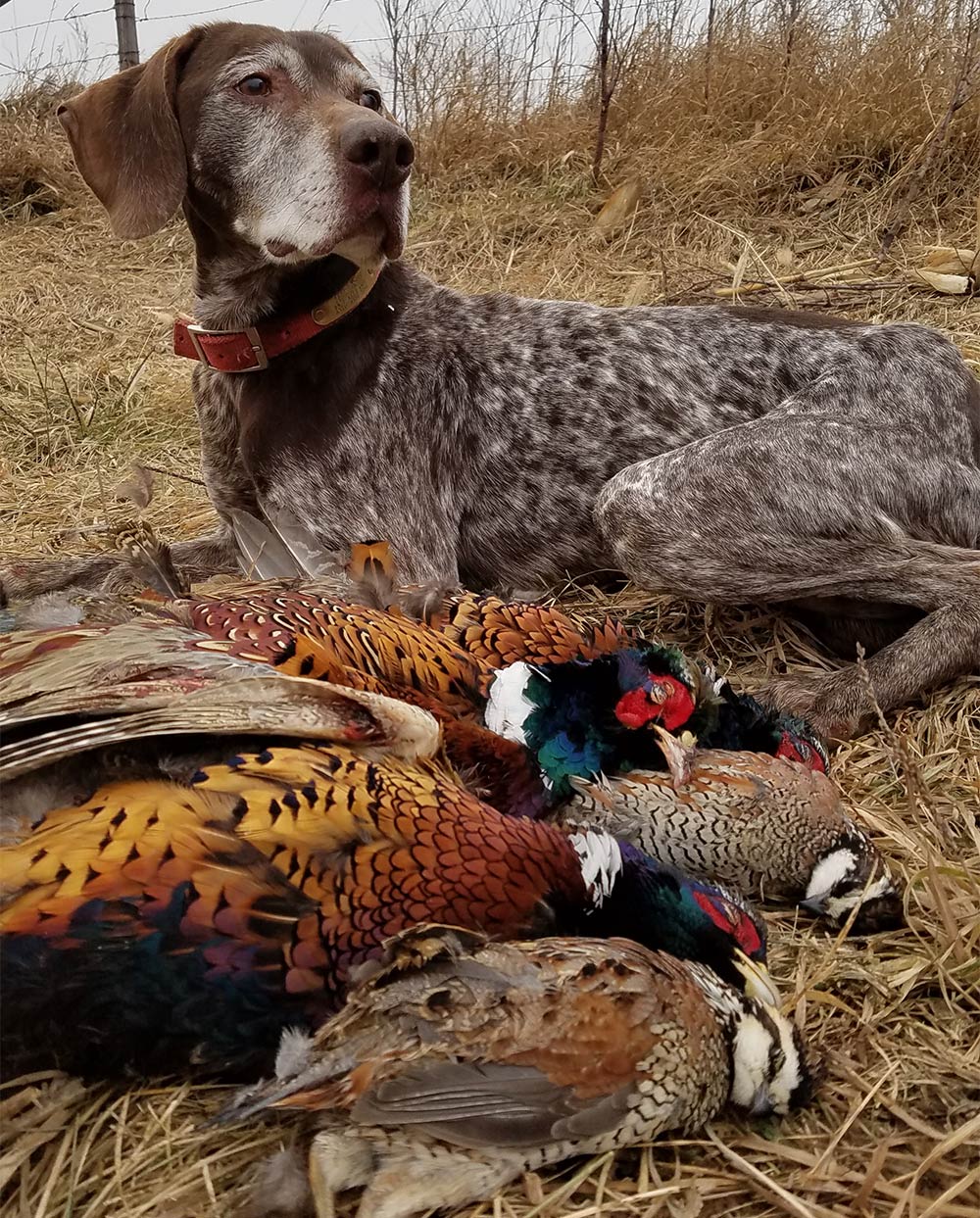 The author’s GSP, Jed, had a good day in the field last week. Phil Bourjaily
SHARE

The farm I hunted the other day always has two or three coveys of quail on it along with pheasants, so I brought bismuth in both No. 5 and No. 7½ with me in order to be ready for anything. And, of course, I wound up shooting two bobwhites with 5s and a pheasant with 7½s. It makes me realize that juggling different loads is not a good field strategy for me; keeping it simple with one compromise load is probably the way to go.

And, it makes me wonder once again how much difference shot size really makes—since the 5s smote the quail and the 7½s killed the rooster.

A friend and widely traveled hunter who worked for Winchester told me once when I tried to pin him down on shot size: “There’s no magic shot size. If one pellet works on a particular bird, the next size bigger and smaller will, too.”

True enough. Realize, too, that shot sizes fall within .01 of one another, and SAAMI specs actually allow some slight overlap among smaller sizes, which further muddies the question of shot size.

That said, there are things to consider when choosing pellets.

At the ranges I tend to shoot birds, smaller shot makes more sense, as they have plenty of energy up close and are more numerous, increasing the chances of vital hits and, per above, they shoot patterns that open quickly. But, that also means there’s more chance of biting into a smaller pellet when you eat the bird. Not only are there fewer big pellets in a given weight of shot, and therefore fewer of them in the birds I shoot, those big pellets will penetrate deeper, so there’s less chance of finding them in the meat. This is why, although I believe No. 2s are great goose pellets, I shoot BBs at them, and why I often shoot No. 2 at teal, even though No. 5 and No. 6 make more sense.

Regardless of big or small, the pellets you want to shoot are the ones that pattern best in your gun at the range you expect to shoot your birds. Again, I lean toward larger shot, as I believe it builds in some margin for error if I have to take a longer shot than I intended.