How to Fish for Bull Redfish in the Fall

Once the autumn window for giant reds opens, let the mayhem begin 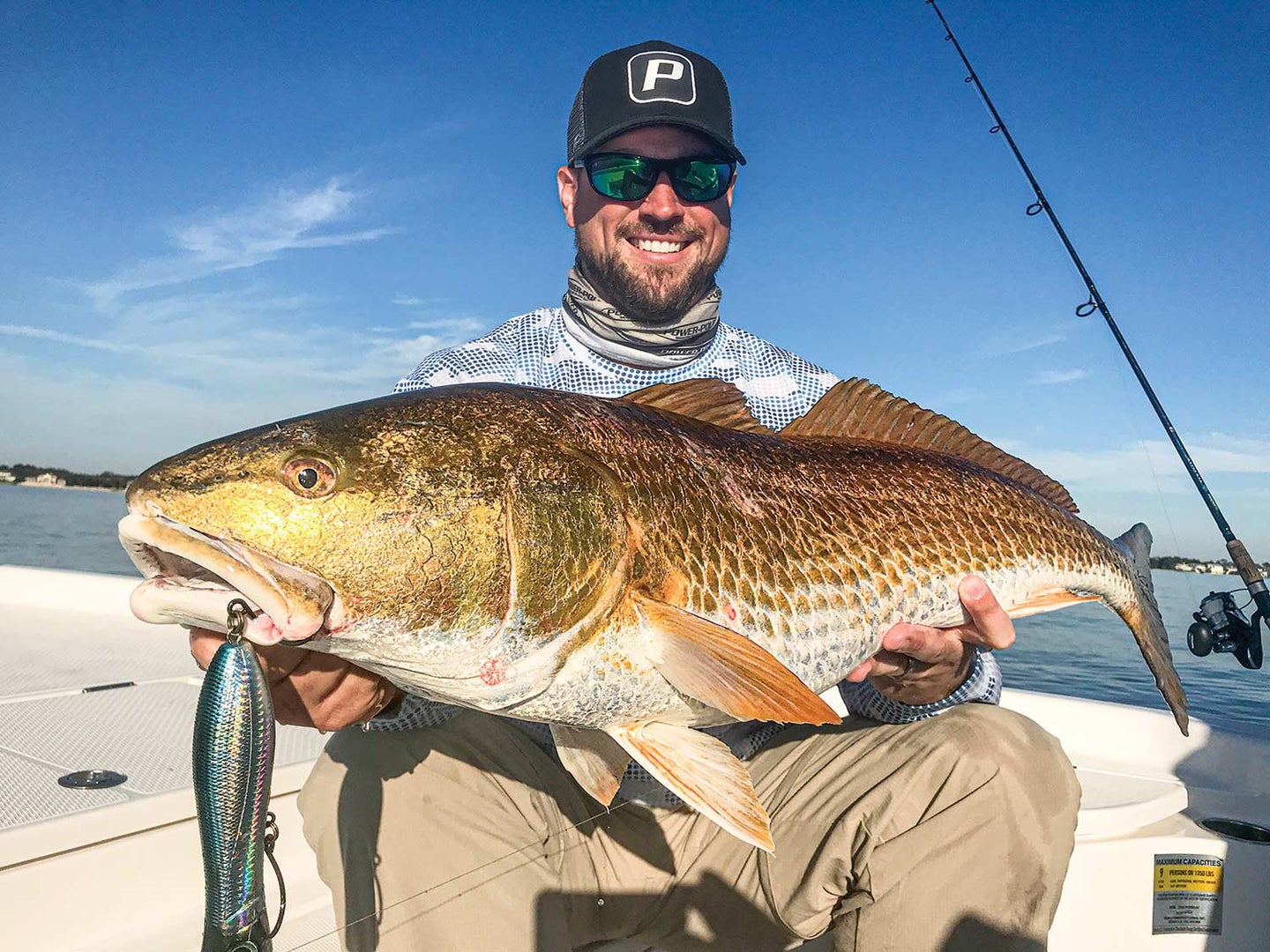 All good things come to those who wait, but when you’ve been waiting six hours, that gets hard to remember. I’d been out on Capt. Chris Williams’ boat since 8 a.m., bobbing around Florida’s Pensacola Bay in November 2017. We’d seen zero signs of life. As bored as we were, Williams assured me that the switch would flip, and there would be tidal waves of giant bull redfish in every direction. What’s hard to predict is exactly when it will happen, so you go early to avoid a bad case of FOMO.

At 2 p.m. some boats waiting nearby jumped on plane and made a beeline south. We joined the race, and in a few minutes, acres of diving pelicans came into focus. Williams drove right into them and stopped. Barreling at us was a wall of copper and froth. “This is what we’ve been waiting for,” he said.

If you’re lucky enough to live in Louisiana or Texas, you don’t have to wait for your bull red fix. At any time of year, you’ll find them if you know where to look, but in many parts the country, the running of the bulls is a fall affair. From Maryland to the eastern Gulf states, horny and hungry mature reds that spend much of their time offshore flood the bays. The commonality among them is that they won’t stick around long. When the reds arrive and depart varies by region, but Williams is never away from home Veteran’s Day week or the weeks on each side of it. What makes Pensacola’s fall run particularly special is that it coincides with a menhaden migration that fills the bay with large, protein-packed baitfish only high-caliber bulls can swallow.

In that first blitz, I sent a new Williamson Popper Pro 180 into the fracas and never got a chance to chug it before it was engulfed. “I told you!” Williams shouted. “When they get going, you can throw a beer koozie out there and they’ll eat it.” But a koozie wouldn’t have survived one fish. Williams insisted I bring nothing but poppers capable of handling tuna, and the 7-inch Williamson fit the bill. To aid in quick releases, Williams uses only heavy-gauge single hooks on his lures. He ties directly to 50-pound braid because a leader is bound to fail eventually under the heavy strain. By the end of our trip, there wasn’t a speck of paint left on my new popper.

In the middle of our second day, I finally decided to put my 10-weight fly rod together. I went with a very simple synthetic baitfish pattern in chartreuse and white that I’d tied on a 2/0 heavy-gauge steel Mustad. To get me a fly shot, we needed to be within 40 feet of the action, which is challenging when 20 other boats are gunning for the same school. When the fish popped up a few hundred yards away, Williams held back. “Let the other boats chase them,” he said. “Sometimes, if you just stay put, the fish will come to you.”

We watched every rod bend on the boats that ran, which was agony, until Williams spotted a boil off the bow. Then another. And another. In an instant, 60 bulls with their mouths agape were swimming right at me. It took 15 minutes to get the first one to the net. At 32 pounds, it was the biggest red I’d ever caught on a fly. As Williams revived it for the release, he looked at me and said, “These fish are the reason I wake up in the morning, man.” I understood, but felt bad because soon they’d be gone, and he’d be hitting the big-red snooze button for 12 long months.

As temperatures drop in fall, you might notice that your favorite fly line is suddenly as rigid as weed-wacker cable. Fly lines with monofilament cores often stiffen up in chilly temps, which drastically increases line memory. Lines designed for cold water have a braided core to stop them from coiling up, keeping your casting smooth. I always have spool ready any time the water or air dips below 50 degrees.