How to Survive the Post-Season, Pre-Season Doldrums

Spring is coming, along with turkey hunting and fishing. But not soon enough 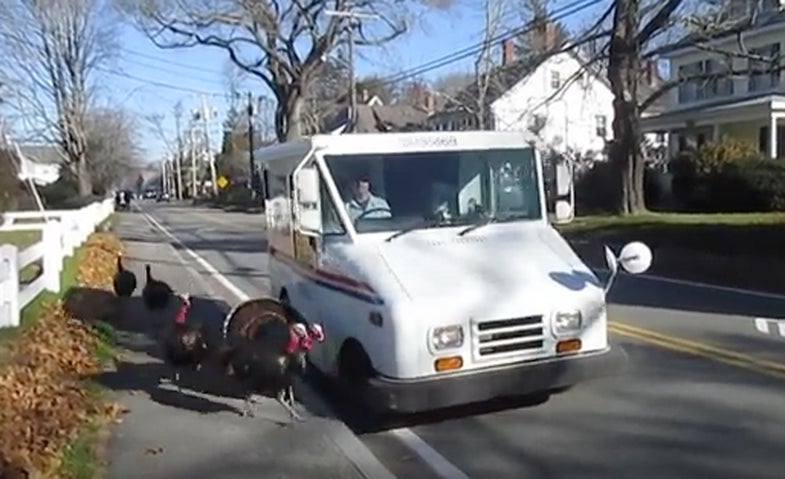 Massachusets turkeys offer some inspiration to get you through this quiet time of year. Jukin Media/CapeCodWave Online Magazine (via YouTube)
SHARE

It’s the late winter–early spring doldrums. Too late to hunt, too soon to fish. The rivers were just starting to shape up when last week’s snow pushed things back at least a month. The white perch may have come and gone by the time the Potomac clears. Turkey season doesn’t start for three weeks, which is a long time to hold your breath.

Last week, Paula Smith called last week to say that this is the worst year for shed hunting that she has ever had. “The only set I have is of a tiny 4-pointer,” she grumbled. “Usually, I got five or six sets by now. Everything else is singles. It’s murder out there. The wind is covering ’em all up with leaves! The biggest one I found is a good one, a honkin’ 5-point. You know how much was actually visible? Three #%$&ing inches of one tine and two #%$&ing inches of another! That’s it! If I hadn’t been doing this for 30 years, I’d have passed it right by.”

Paula keeps tabs on “her” bucks year-round, so I asked if she had any prospects. “My biggest buck lives on Mexican Embassy grounds. I used to risk it, you know? Not these days, honey. Nossir. They’d throw me in cárcel.“

“Wow, where’d you learn the Spanish word for jail, Paula?”

“Never you mind, honey. Damn. I may have to take up another hobby.”

You know it’s bad when Paula says something like that.

Interesting word, doldrums, meaning “a dull, listless depressed mood; low spirits.” To sailors, the doldrums were areas of calms and light, baffling winds that made journeys slow and difficult. The term dates from around 1800. The root word is dol (from which dolt also comes), meaning foolish. Seems appropriate to me.

At times like this, a man needs some inspiration. In that spirit, I direct your attention to this 33-second YouTube video, shot in 2015, of a Falmouth, Mass., mailman fending off at least five turkeys harassing him on his daily rounds:

In the video he fends them off with the stick issued to letter carriers to deal, I assume, with dogs. How often does this happen to the guy? “Every day,” he mutters at about second 13. It’s all he says during the video.

I guess turkeys are like cops and waitresses—ubiquitous until you actually need one. These all look like jakes.

Would I shoot one? Not inside the township. But, otherwise, yes. I would. I most definitely would.