How to Hook a Massive Coldwater Blue Cat 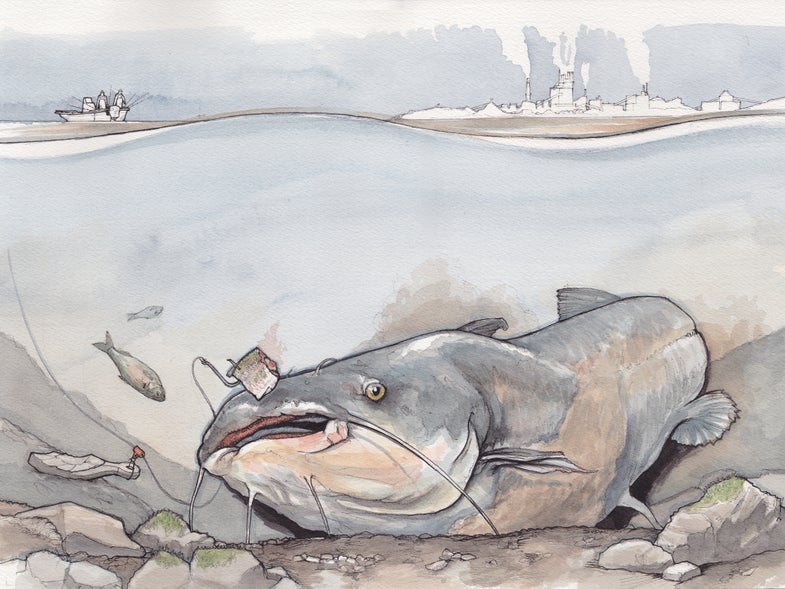 Virginia blue-cat guide Chris Eberwien knows how to hook huge James River fish on the fairest summer days. Ask him when he most loves being on the river, however, and he’ll tell you from Christmas week to mid January. This time of year, the gizzard shad in many rivers have fled to smaller tributaries and warm­water discharges, leaving a dearth of food for the main-river catfish. Because of this, Eberwien says, the blues are easy to find and bites come faster than ever. Here’s his strategy.

Gizzard shad that don’t find warm water will die off in winter, providing catfish with a snack as they tumble downriver. Although you can fish whole shad to mimic this, Eberwien prefers to quarter his baits, which he insists upon being as fresh as possible. Cut shad releases more scent, helping the fish find it faster.

One of the easiest ways to miss a big blue is to use a circle hook that’s too small. Eberwien is a fan of 10/0 circles but says there’s an easy way to determine whether your hook has the proper girth. If you can’t fit your thumb between the point and the shank, you need to buy some bigger hooks.

The average catfisherman uses 8- to 10-ounce weights, but Eberwien will go as heavy as 14, attaching his leads via sliding fishfinder rigs. Having extra weight on the outside-corner rods is critical for avoiding tangles, he says. You want these lines to move as little as possible to thwart a mess if the current pushes lines behind the boat.

If he’s fishing water less than 30 feet deep, Eberwien is strict about giving baits just a quick 15-minute soak. If a blue cat is home, it won’t need more time than that to take a bite. It’s smarter to hit as many likely spots as possible at this time of year than to sit on just a few and wait.

Eberwien typically sets eight to 10 rods out at one time. His center lines are cast the farthest, with distances decreasing as he fans out the rest of the lines in an arc. This mix of short, medium, and long lines lets him thoroughly cover a piece of target structure in one set, placing baits directly in the zone, as well as on the perimeter.

According to Eberwien, any structure at any depth—from brushpiles to riprap—can hold winter cats, but he usually starts a hunt on shallow mudflats with as little as 2 feet of water. Any ditch or channel on that flat that’s a foot or two deeper than the surrounding area is almost a sure bet during the cold season. 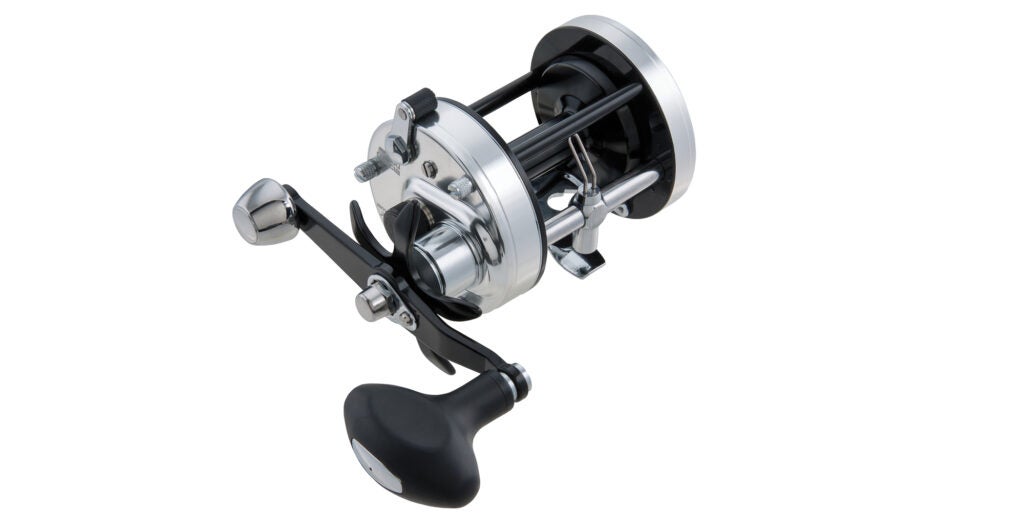