How to Pick an Outfitter for Your Next Hunt 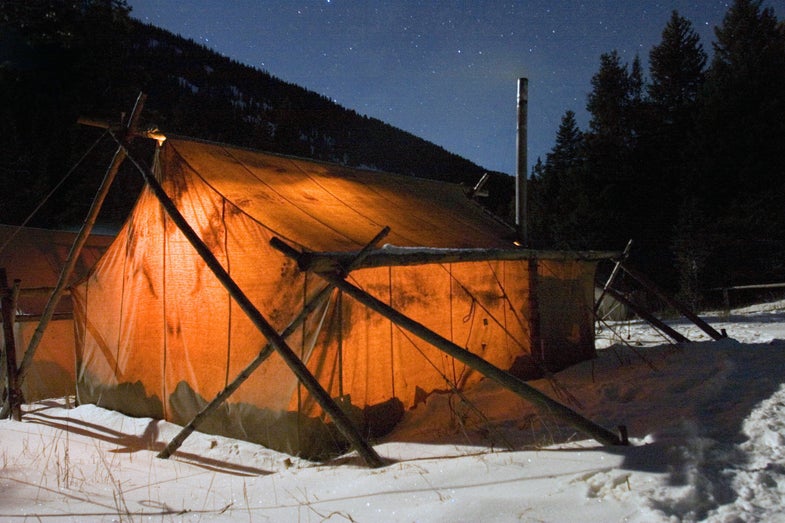 If you're looking for a real hunt, beware of anyone who guarantees results. John Hafner
SHARE

Choosing a presidential candidate this year is easy. Whoever you vote for, you can be confident that you’ll get the detritus, the dregs, the nethermost leavings of a failed society. When booking an outfitter, it’s more complicated. Some are good; some are bad; some are good and go bad.

And, no matter how careful you are, one of the dismal facts you must accept is that sooner or later you’re going to have a real bad hunt. Even gun writers are not immune.

The worst outfitted hunt I’ve ever been on was arranged by one of the major outdoor suppliers, and as they are about to pass into history, I don’t think this will get them in any more trouble than they already have. The hunt took place in 2011 or so, and the company was introducing a line of commemorative rifles. The idea was to get a gathering of gun writers on a varmint/mule deer hunt in Texas, use the guns, and have a range session to show how well they shot.

In theory this was fine. But no one checked anything out beforehand.

The ranch house was, to put it mildly, dilapidated. You wouldn’t step inside unless you were heeled. Also, the water supply failed at frequent intervals. There was no game. No varmints appeared, and no one saw a shootable mule deer in all the time we were there.

There was no shooting bench or range as such at which to sight in the rifles. When we did cobble together something, the rifles shot so badly we couldn’t get most of them on paper, much less get groups.

So, when an impenetrable fog rolled in, we fled. The people who put the hunt together later apologized.

Big game outfitting requires an enormous amount of work, does not pay very well, and requires that you get along with some truly detestable, and sometimes dangerous, people. It takes a very dedicated individual to do it for any length of time.

With that in mind, here are some pointers.

If you buy a cheap hunt, that’s what you’re going to get. An outfitter who charges bargain fees will probably have third-rate horses and feed them so poorly that the poor nags are perpetually worn out. Ditto feeding you. Ditto the camp stoves, tack, tents, and everything else.

Sometimes the game leaves. Overnight, a first-rate hunting concession can empty of all life.

Sometimes the weather goes bad, or worse, and stays that way.

Outfitters are human, and subject to change. The guy who was terrific this year can take to drinking over the winter and become a disaster next season.

If you’re looking for a real hunt, as opposed to shooting some poor dopey animal who is fenced in on a ranch, beware of anyone who guarantees results. An outfitter who says, “If you’re willing to work your ass off, I can probably get you a chance at a good animal,” will get my attention.

The best way to book an outfitter is to enquire, telling him what you want and what you’re able to do. If he seems agreeable, then ask for half a dozen current references. If he sends you the names of people who hunted with him ten years ago, that’s a warning flag. If humanly possible, meet the guy at a game fair. You may decide that references notwithstanding, he’s an a**hole, and he may feel the same way about you. Getting it done at this point will save a lot of bad feelings later on.

Hunters have some obligations, too. If it’s a real hunt, and not one where you ride around in a pickup tuck thinking what a hell of a man you are, you’re going to have to work very hard with the strong possibility of nothing tangible to show for it. Be ready to work very hard. This includes riding, walking, climbing, getting up at 3 AM, and all the rest of it.

Know how to shoot. This seems obvious, but a great many hunters are rotten shots. If you want to keep things at 300 yards and under, tell the guide beforehand. If you’re a Long Range Superman, say so, and then be prepared to eat crow if you miss.

Remember that the average outfitter/guide is much tougher than you are, and will put in an entire season of hard work with injuries that would send the average Millennial screaming to the emergency room for an Oxycontin prescription. On my last elk hunt, my guide (who was a former rodeo clown and in his 60s, and had been bashed around but good) admitted to me that he was in so much pain he did not know how he was going to get through each day. But he did get through each day, limping very noticeably, and didn’t say anything until the hunt was over.

So, if your longjohns are chafing or you have a blister, shut up. No one wants to hear it.

My friend Sandy Sallee, who co-runs Black Mountain Outfitters in Emigrant, MT, which puts on the best horseback elk hunts I’ve been on, says they have a much easier time with the 60-somethings than with the 30-ish hunters. The old-timers know what they’re there for, and they hunt hard. Not easily, but hard. The 30-somethings find out their hand-held devices don’t function in the wilderness, go into a blue funk, and sulk in their tents.

The Code of the West says, suffer in silence. Obey it.

And finally, if you go on a hunt, try to sign up for a subsequent hunt and are told that the outfitter is booked solid for the foreseeable future, that means you have been tried and found wanting.

There may be worse fates, but I can’t think what they are. Maybe being elected President of the United States.